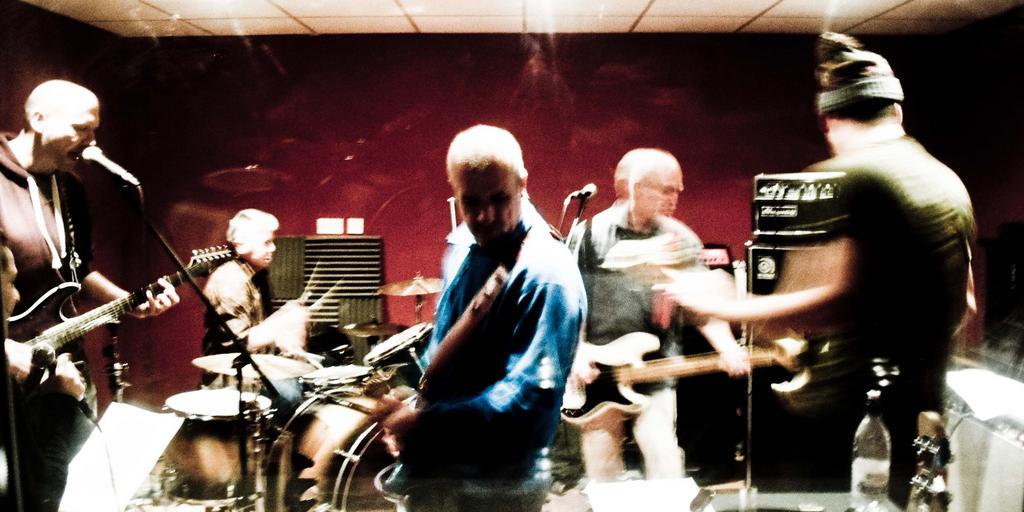 Been rehearsing for a one-off gig as Welsh Rebel Outpost. Brainchild of Rhys Mwyn of Anhrefn, who has also drafted in old bandmate and general idiot, Dewi Gwyn. Also within the ranks are Gethin of Gwacamoli, Owen Cobs on drums (ex Hot Water), and keeping us in tune, Sarah Louise.
Rehearsals have taken place at The House of Rhys in Caernarfon and, today, for the second time at Y Gelfa Studios in Bangor – modern technology is good in this day and age – it’s dead easy now to rehearse at home and have a set ready for a gig. We’ve got together only twice as a full band and will be playing next week.
We’re playing in Llithfaen to mark Rhys’ 50th birthday next week, with the idea of having guests up to sing. Tracks rehearsed so far, Letter To An Angel (with Jeb Loy Nichols to do vocals). Did I Fight in The Punk Wars (Henry Priestman of Christians), Travellers Song, Cremation Song (Sion Sebon), Final Day (Gwenno), Rhywle Yn Moscow, Rhedeg i Paris.
It’s been good fun (so far) – and good to play guitar in a band again.