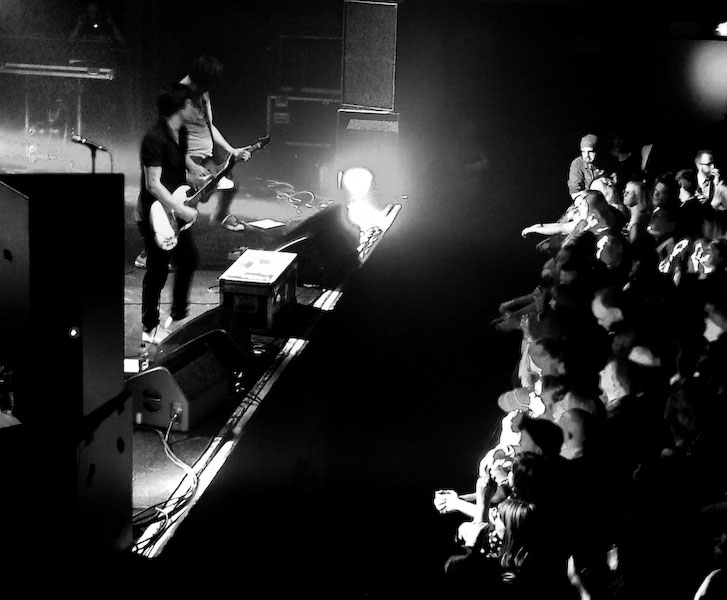 Ah yes, those heady lazy days in the 90?s, a carefree world where the biggest worry was what Kappa tracksuit I was going to wear, how I was going to ask Vicky Sandom in form 9.4 out on a date and how to avoid double maths on a Friday afternoon. This was when Ash blasted out of our hi-fis and everything was alright.
That’s exactly how I felt at the Ritz as Ash hammered through a decade or so of hits to a crowd that felt exactly the same. We were all a little bit older, but we didn’t care as we were treated to Ash’s last gig of the year… and to top it all off, a freebie courtesy of Dr. Martens.

This Northern Irish trio have had a troubled few years. They ditched their fourth member, guitarist Charlotte Hatherley, released the commercial and critical flop Nu-Clear Sounds and experimented with making horror movies (featuring Chris Martin running around in his boxers, a horror only surpassed by his smug do-gooding). However, a low budget back to basics tour and a string of festival appearances on the back of their ‘Greatest Hits’ album have seen Ash return and return with a bang.

It seems the band have learnt how to have fun again, a smile plastered over lead Tim Wheeler’s face through most of the gig, and all of them (minus Hatherley) clearly enjoying themselves and glad to be back on the stage.

Older tracks from the band got the best response from the crowd. Goldfinger was an early highlight, with Wheeler cheerfully exclaiming this was the first time he’d played this song for free. Kung Fu got the crowd jumping and Wheeler sweaty, followed by similarly upbeat A Life Less Ordinary and Oh Yeah. This was followed by the more chilled Sometimes, giving the crowd a break and beer buying time. With vocal chords lubricated everyone could happily sing along and sway to Shining Light and then what most of us had been waiting for, the climax of the evening… “Do you remember the time I knew a girl from Mars?” 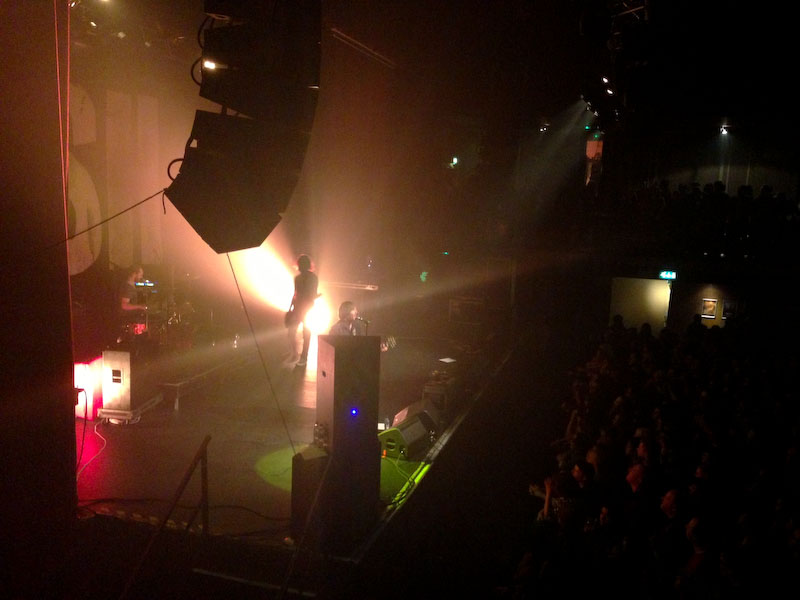 Now, when you think of classic 90s indie songs you’d be forgiven for coming up with Don’t Look Back in Anger, Common People, Motorcycle Emptiness or Bittersweet Symphony to name but a few. There was after all an abundance of catchy, singalong anthems to define that decade, however, for me, one by far stood out from the others; Ash’s Girl From Mars with it’s beguiling chords and enigmatic lyrics still to this day when prompted is my track of the 90s. Life moves on, vinyl was replaced by the cassette, cassettes were replaced by the CD, the CD in turn by digital downloads and recording your favorite song off the radio is a thing of the past, yet like this evenings sponsors Dr Martens, Girl from Mars is timeless and 3mins and 30 seconds of undying delight to warm up the bones of a dark and miserable Monday night in Manchester.

Now then, “does anyone have Vicky Sandom’s number?”

(Boys Are Back In Town Intro)