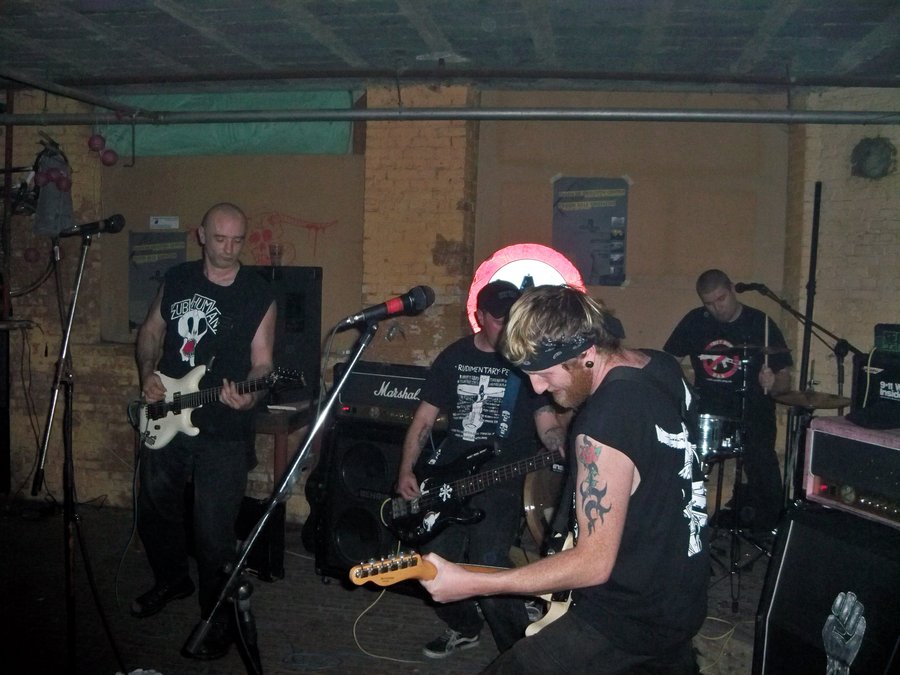 (review by mwj – pic not from gig)
Dragged the carcass from the pit painfully early to go and recover my car from the Bay, but my mood was brightened by blagging a free train. Then I recuperated the rest of the afternoon to reach the level of professional competence (i.e. ability to stand up) to fulfil my role as second assistant manual handling advisor to Depth Productions who were handling the PA at the Old Hall and coincidentally giving me a lift there.

I played the Old Hall 20 years ago with Blacklisted, and the owner was telling us the in-house PA had been installed another 20 years before that, so this is another venue that has stood the test of time, despite it’s relatively inaccessible location. These latest rock nights are a regular if seasonal arrangement and that pattern seems to bring success in good numbers coming in still, in spite of the grotty weather.

No sign of The Blackjacks so with another late replacement on the bill, here was an opportunity to have preconceptions of Kixxstart Kitty, coloured by their Myspace spamming and the sheer glam rock/metal overload, confirmed in the flesh (and hairspray). Again, my veteran status had me pathologically avoiding the late 80’s wave of it, I was able to ignore Motley Crue with no great trouble at Hellfest this year, and would be quite disturbed if there was any sort of wholescale revival going on. To be fair though they stand out now because they are doing their own thing, it may be clichéd in image but musically they carry it off with some vitality and it is actually done well. Zak is an excellent frontman and the rock on which the group is anchored, challenging and showing almost a bit of punk snarl, especially when they throw in a good cover of NIN’s “Wish”. Not sure if the random girl backing singers add much apart from fun and the drummer could do with tightening up a bit, but am surprised and pleased that they override my prejudices.

House band now that Lantern are on hiatus, Zebedy were drastically different from when I had seen them here last, and for the better really. Instead of the retro rock style the three-piece had transformed into something much more contemporary and interesting. Perhaps there was an element of the deliberate in this in moving to more of a hard inde/alt rock to reflect their influences of the likes of Biffy Clyro and Muse but as I don’t know these bands much I was able to take it on face value. Their skills on the instruments are undoubted, some excellent tone effects too, and while previously they may have ridden the line between confidence/arrogance now they seem much more amenable to letting the music do the talking or set the scene. There’s a fair slice of the progressive in there to demonstrate their inventiveness, but the last number did turn out to be a little too much of an epic.

After what has seemed ages but turns out to be less than a year this was my first opportunity to see the revamped Global Parasite. The avowed political band seem inevitably caught up in domestic politics too, as Ste their ex-guitarist is here to see how things have moved on and the ripples in the relationships through all in the close knit local scene are probably still settling. Also wonder whether they are slightly out of their punk comfort zone in this nominally “rock” environment, it shouldn’t matter in the least, overriding preaching to the converted scene to get into the eclectic mix. Again, it comes back to the confidence in the material and its delivery. In these terms I thoroughly enjoy it as ever, it is raging hardcore, pure but not necessarily simple. There seems more energy than ever on stage and the vocals are now going three ways which gives added punch. The messages may become a little jumbled at times but ultimately the prompt is to find out for yourself, they are the trigger.

Finally, another blast of Impaled Existence. They’ve been gigging a lot locally recently but you’d have hoped that would have given them a bit more organisation, as a lot of faffing and random noise in setting up detracts somewhat from the impact once they do get going. That said, the mix through John’s PA does do justice to bringing clarity to the technicality within their thunderous wall of melodic death metal. The connection between the drums and the vicious guitar riffs is particularly strong, but the bass is so elaborate at times it seems to lose connection. There’s a better feel for the shift through the rhythms in the song structures tonight, and the crown response is good. It even inspires a wall of death, though given the scale I’d call it a couple of breeze blocks of mild injury, all good violent fun though.

There’s random rock and metal tunes to finish the evening off, though my request for Slayer to console me is not met, but I return to my duties (I may well have been sacked and not noticed) and then head back west. Next gig here is in January.

Stuntface addition to line up