The Alarm – Under Attack 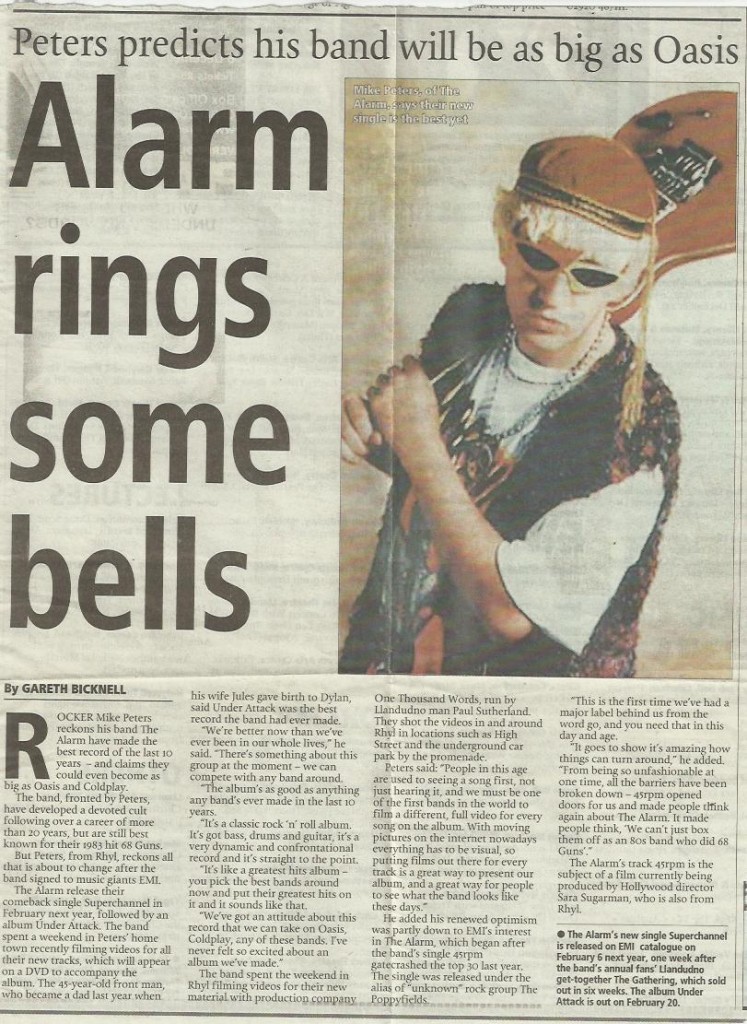 The album (one of my favourite Alarm records), was released today – I’m sure Mike Peters was misquoted by stating they could be bigger than Oasis.
Under Attack reached #138 in the UK charts and came with a limited edition DVD featuring a video for each song filmed and edited ‘guerilla style’ over one weekend in and around Rhyl during November 2005.