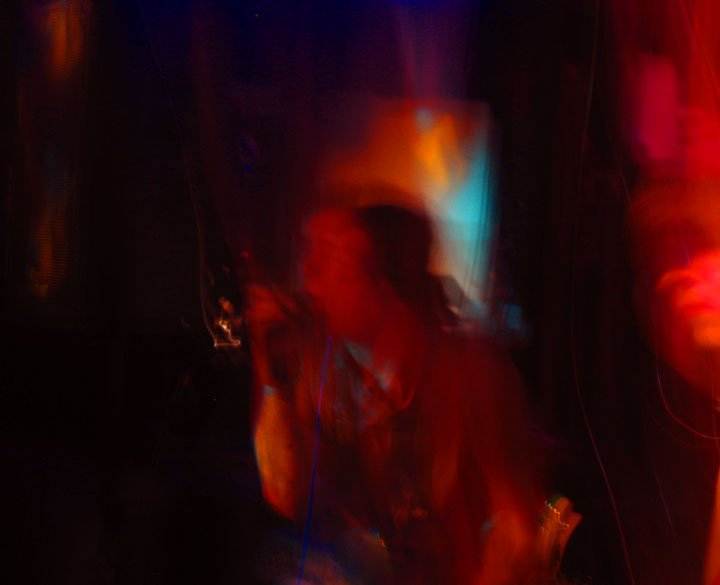 Still jet lagged from Monday’s 10 hour flight home, I managed to scrape myself off the kitchen floor at Crud Towers and make an appearance.

Having missed the last 3 Lantern gigs that I had promised myself to go to, circumstances, for whatever reasons had got the better of me – and nearly did so tonight. Steve Sync left pretty early as he had arse lag to contend with as well as the jet one.

Maybe it was the time lapse but I’m sure Lantern are far more intense these days as they powered through promoting a new album. It was a case of less rock – more fock! Less showmanship, more fist clenching riffs thrust into your face. Songs like Hallowe’en continue in that same vain and yes, they have their detractors but I really do like Lantern, particularly when they go for the throat with tracks like Hit By A Hearse.

The link2wales message board is always full of (mass) debate when this band are mentioned (check it out now), but the crowd speaks for itself. 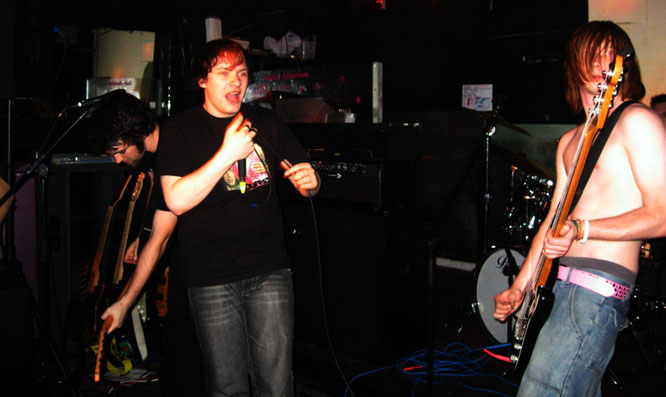 I love it when these bands prove me wrong.

Sync, before hastily beating (himself off) a retreat suggested the singer looked like Carl Gintis after a lawnmower accident! And initially I begged the question if the opening 2 numbers were their own songs, cos with so many bands, cliques and networks these days, there’s so many biggish bands churning out stuff, you could nick it and no one would ever know it wasn’t your material!

The start was a stutter, and the voice was nothing like that of Mr Gintis and more like a choirboy who’d been expelled for vomiting during communion. It was song 3 (or song 4 – I wasn’t counting) that suddenly grabbed our attention, for it was class; it wasn’t a hardcore blow out like the singer’s voice had earlier threatened. Excellent fret work between the two intensive care guitars working against each other and thankfully the next song followed suit. It was almost hypnotic stuff, like a hidden Sleepy Jackson album track overdubbed with Spacemen 3. I love bands that dig their own music and this band are fucking conceited! Then came an instrumental – love it. Someone did suggest that Aled Jones won’t be worrying about someone taking his vocal mantle just yet, and they were right – but we may have be watching the world’s (or Blu’s) first indie death core band! 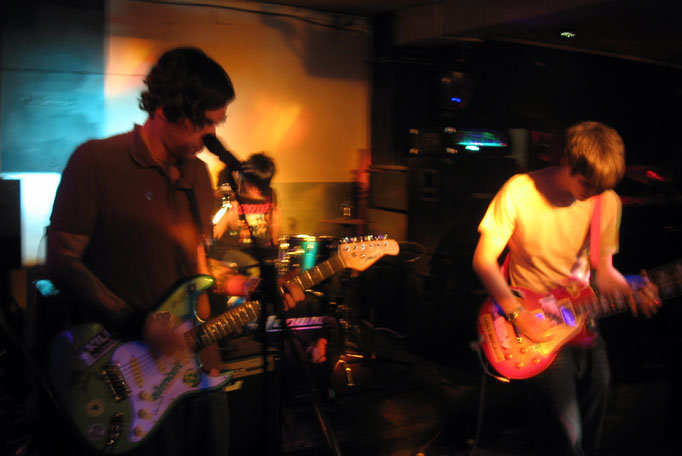 With a late start I drifted off for a 12.30am curried supper and much needed bed, which is unfortuante for headliners Schismatic, because the reports say they were very good, brilliant, infact. Like Kraftwerk with testosterone to quote Ringpiece Rastin.