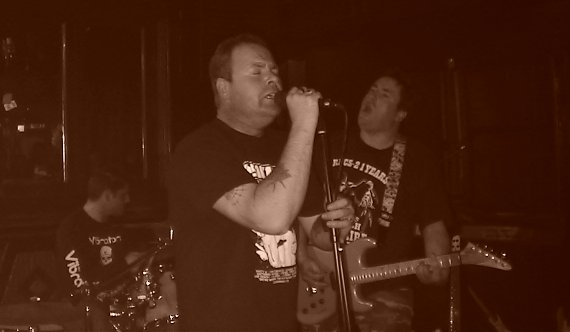 ‘I’m not really into punk’ said Adrenalin Talkin’s guitarist as we stood in the Dudley bogs having a piss. It’s a strange ritual we men go through, standing there chatting to each other with our dicks out.
We both agreed on our one love though, The Ruts, although not into punk, the Holyhead guitarist shared my affection for that punk band and he had earlier played Back Biter on stage to a receptive audience. I had told him covers bands didn’t really do it for me and to play anything by The Clash (Tommy Gun & Janie Jones) is sacrilege. But, credit where its due, Adrenlin Talkin’ put on a good show, with Sham 69, Billy Bragg, The Ramones, SLF all given an airing and a bit of Generation X, although the singer Dave, didn’t quite share the looks of Billy Idol. 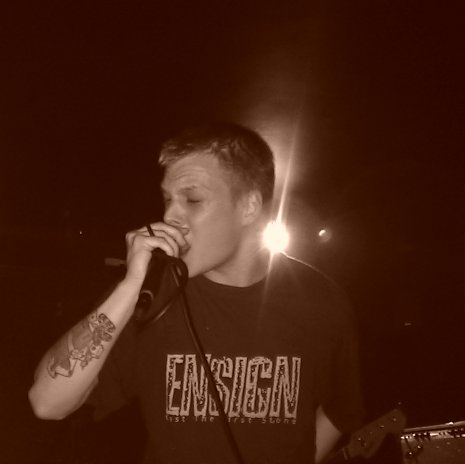 Rhos-On-Sea is more famous for little old ladies enjoying tea and scones rather than hardcore punk, so Seize The Day formed from the now defunct Out Of Use, would make the pensioners choke on their false teeth if they encounter them. Taking the speed of Out Of Use and blending it with the plod-along oi punk of The Cox, it’s no surprise that their self-titled debut album is on neighbouring Pigtown Records of Mochdre. After seeing them, it’s also no surprise that the 12 tracks are over and done with in 17 minutes! Pure energy and so tight that even Steve Sync’s wallet would be hard pressed to challenge them to their mantle. The drummer stole the show in my opinion, being the pivotal difference between a good band and an excellent band. A lesser drummer would have made Seize The Day monotony, this guy made them sparkle. Buy their album, if only for the 16 seconds of Ham ‘n’ Cheese! 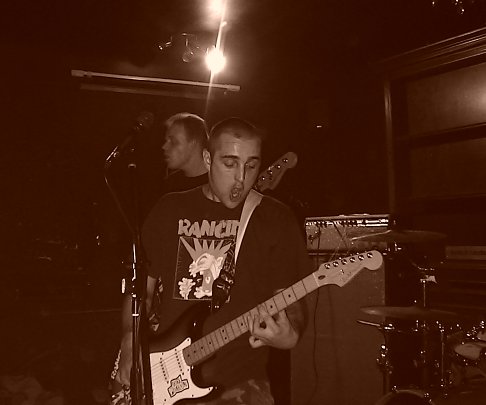 Machynlleth is that sleepy town on the road to Aberystwyth where nothing ever happens. Three Minute Warning have to escape! I badgered them for a CD and I got a 6 track demo that they had ‘thrown together’ – described as ska-punk always makes me dubious of a band, but the description should be punk-ska. The Punk in Drublic PA doesn’t cope with such alien instruments like a Korg M1 keyboard so the live show didn’t give me the full scope 3MW have to offer. The CD however rips through your sound system and this is top notch stuff and like the gig hinted through all the noise, skanking, beer throwing and wedging, this band execute their songs like a firing squad, they line you up at dawn and shoot you straight through the skull with an inch perfect delivery. I was so taken by them I played the opening track of the demo on Adam Walton’s show the following night.
Three Minute Warning are an excellent band, and they left Steve Sync speechless, well; he couldn’t talk by the time he was due his kebab. The band left me legless or was it the Carling? More please! (Of both band and beer). 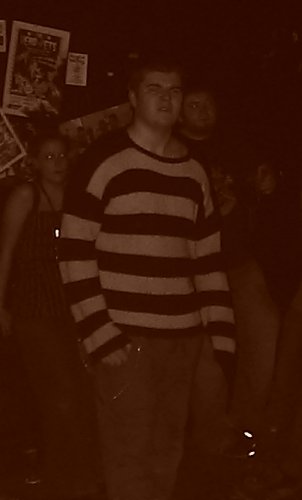