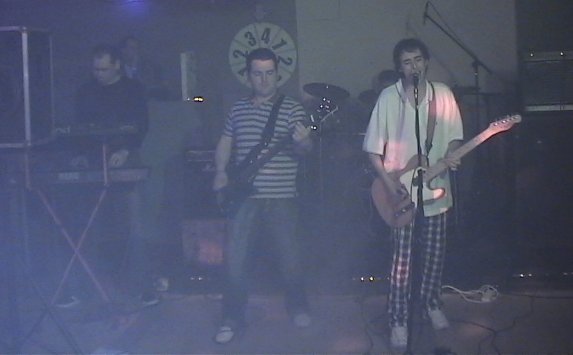 (review n pix neil crud)
Three and a half years ago I saw a very young band play at MASE in Llandudno, they impressed me despite their love of Radiohead, which was the sound of the time. Time moves on and so do trends and last year while Thom Yorke searched high up his own arse for a new genre, a new sound, a new approach, Matt Bellamy snuck up behind him, gave out a swift kick and stole the mantle with the sheer awesome power that is Muse.

Cloning Muse is a bit like fucking the Pope, and whether he’s German or Polish, you don’t do it. Its sacred ground and upon it you do not tread. I remember giving Llandudno’s Abandon Hope a right ribbing for covering a host of Muse songs in their set a few years ago, and now it’s the turn of Snowblind. Not that they’ve covered any songs, no, they’ve written their own carbon copies complete with riffs and operatic vocals (Muse style, not G4). The track Mercurial is so close its cringeworthy, and yet it’s a great song and could, if stripped of the starry eyed baggage, stand out for originality.

And I cannot stop singing ‘Falling From Grace’ off their demo.

But… There’s always a but…

When you’ve only got your family and friends to tell you how good you are, you can spend three years believing what they say and come really unstuck. Well Snowblind, your family and friends are right, although misguided. You are very good, but they won’t tell you to ditch the Muse bollocks cos they won’t want to hurt your feelings. The public outside of your own domain are going to say it like it is, which is why I’m writing this. Like I said in that review back in 2001, you definitely have something about you, and if I didn’t think you were worth it I wouldn’t bother my time or energy writing about you. Guidance is what you need, or someone to tell you how to hone the musicianship and superb dynamics you have. If you and your parents don’t send me abusive emails and a ‘Neil Crud is a wanker’ (although that is true) campaign doesn’t take place, then drop me an email. 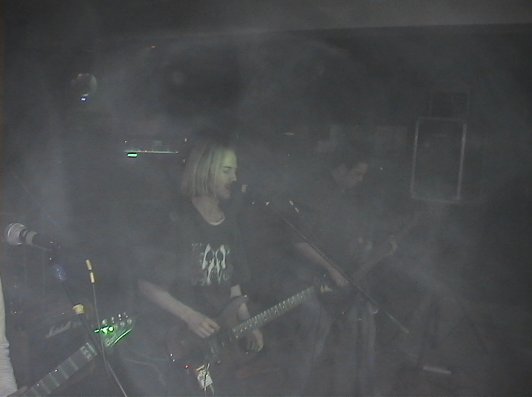 I do have a sympathy for the next affliction in the form that I know the individuals very well. Drummer Cumi Pants has of course swapped spit with me since 1987 through our days in 4Q and Sons of Selina and he went on to play for Frank’s Dad and the legendary Alien Matter. With him in the latter band was keyboard maestro Steve Sync, who was also in SOS with Cumi and myself.
These two brought their influences to Sympathetic Affliction and changed Dusty Moo’s songs from the happy-go-lucky-poppy stuff, to something with a rockier edge, that is hard to describe really. Moo was the man behind Babakin and his Crud connections go far back to when they supported SOS on our debut gig in 1994. You knew then that there was something very catchy about Moo’s songwriting and on closer listening you’ll notice some very quirky lyrics to boot. Making their Blu bow tonight Sympathetic Affliction kept it short and snappy, with the final song taking on a ska bent with an infectious riff. Before that we were treated to songs off Moo’s solo album only perked up by the additional keyboards, the complimentary and competant bass playing from an almost sober Steve Crilly, and Cumi’s ever solid drumming. Shame about the golf pants.