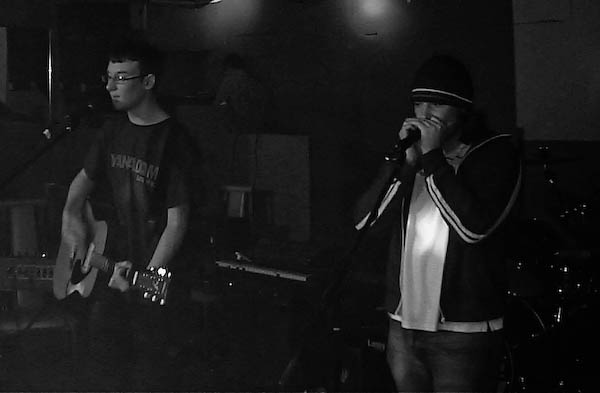 JOHNNY FOX: ‘right, went to this gig with Gintis, Jives Room and Junebug, oh and some lad with glasses playing before the bands. As for the lad that played first, im gonna try not to say anything bad cos he tried his best, but i think blood and lipstick need to have a think about things before putting acts on. the poor lad did try his best though’

KYLE LEE: I was also at the gig, and thought that Aled, that damn pesky kid with the glasses was very good. I people didn’t give him the appreciation he deserved because they didn’t know his songs, which in my opinion are excellent. 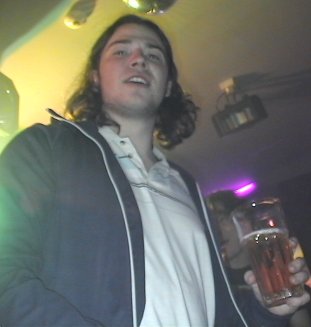 JOHNNY FOX: ‘now, cos im away at uni i like to keep up with it all via this site, and i kinda thought this was going to be the coming together of the best bands in the area. Now i know Crud likes Gintis, thats pretty obvious, but they were fuckin shite. I heard a demo of theirs ages ago but i just thought it wasnt any good cos they were new and were just getting into it. They havent got any better. what is the fuckin hype with them?’

KYLE LEE: Gintis were also good, I think that they are becoming a better live band every time they play. Also I want to add that Dave’s keyboard playing is genius, and I think that there are a few others on here that will agree with me.

DUSTY MOO: I thought Gintis were great too, i especialy enjoyed Dave’s swelling organ. Didnt see Jives Room cos my mate got thrown out for making a fool of himself. 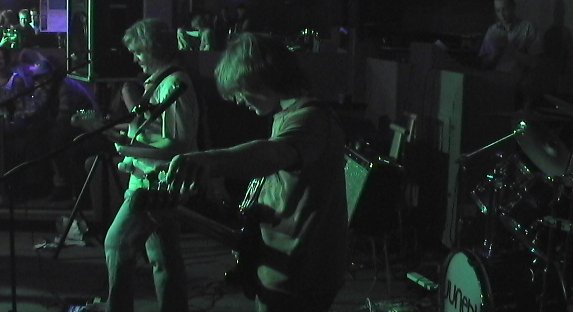 JOHNNY FOX: ‘Junebug were ok, were they the ones who looked pretty old?’

KYLE LEE: Junebug were amazing, but when are they not..? So I think that the point of this is that Junebug rock, therefore no one else does.

DUSTY MOO: I wont say what i think of Junebug. I do try to stay constructive! 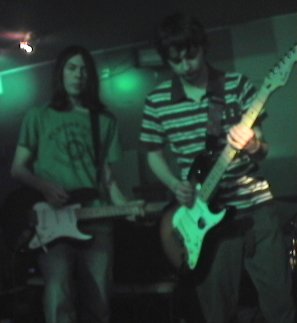 JOHNNY FOX: ‘Jives room, the kid with the ginger afro was the singer (think the names of the bands are right), were not bad. i’d say they were better than gintis. not sure why they have 3 guitarists that all do the same thing, if you are gonna have 3 guitarists then at least do something different from each other, that would work much better.’

KYLE LEE: As for Jives Room, I am a member, so I cannot give an objective reply to your post, but I will say that 70% of the time the guitars are playing something different, and that in my opinion we double the guitars no more than a band with 2 guitarists. 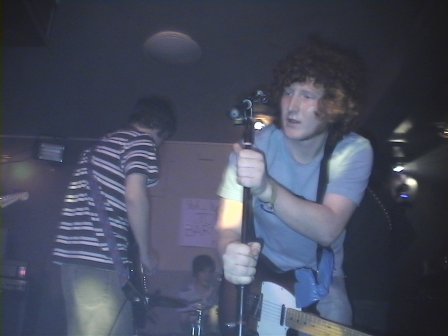 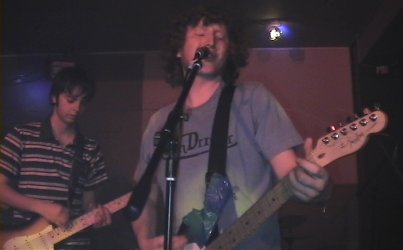 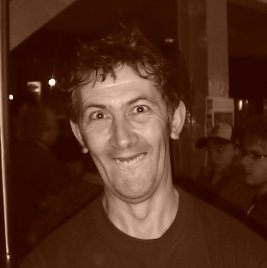 SMOTCH: ‘I thought it was a pretty good night. I spoke to Mr Rastin (pic above with new teeth) a few days after and he said the night was a success. I think the bands were picked simply because that’s what the majority of people wanted to hear. I can’t be certain about that, but you can’t deny that Blu was packed. Thanks for your critique though, it’s good people in the area can be honest without acting like a complete prick. 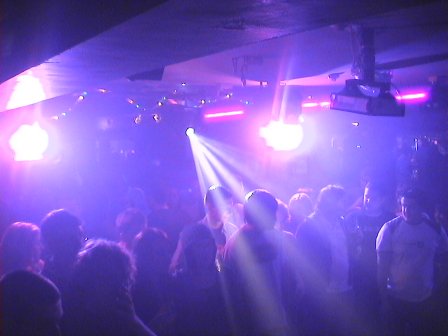 JOHNNY FOX: on a more positive note, went to central station last night for the Redi Nights gig. CAMERA, CROSBI, CREAM TANGERINE, T.F.A. all played, and what a great gig it was. fiver on the door but you cant grumble for 4 good bands. T.F.A werent bad but seemed like they were a bit nervous at first but seemed to overcome that and did well towards the end. I had heard of Cream Tangerine before so i was curious to give them a listen. Pretty good band, with a Mike Skinner look-a-like on lead vocals. I did a double take when they walked on stage. 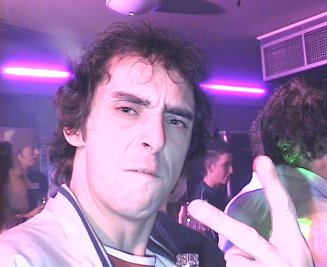 Then came something special. Crosbi came on and treated us to something a bit different from the other bands on tonights bill. I think the singer had fallen out with his quitars before the gig, cos he changed them after each song after breaking a string per song!! He had plenty of energy in him and unfortunatly for his guitars, took it out on them. Fuckin belting band.
Only stayed for a few tunes of Camera (as as they used to be known, The Benjamins), but they were pretty tight with a decent sound to them. i heard a whisper in the venue that they had a deal with someone like Polydor but they got dropped cos they didnt really make an impact or something, so they were kind of starting again with a new name. I had to shoot off to the motor cos of of the tyres had a slow puncture and no jack was at hand.
But a quality night it was. What a difference decent sound a lighting makes. I know blu wont be able to match it as central station is a actual music venue and a club, whereas blu is mainly a club that puts bands on once a week, but bands would never suffer the pain they have (and will) in blu with bad sound, in central station. 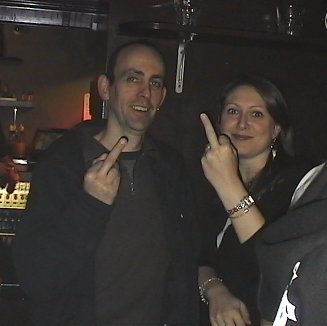