(reviewed by Jared or his wife) 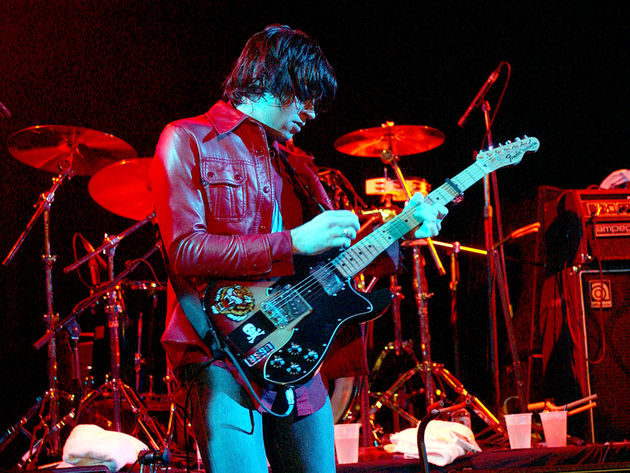 Me and my husband were at the gig in Liverpool last night when Ryan Adams
fell off the stage. He had been singing for a while and was nearing the end
of the set when he fell off in the middle of a song.
It was a fantastic gig, he was in fine voice, but he was drinking alcohol
during the set and he appeared to be a little unsteady on his feet. At one
point he climbed up on to the speakers to do a number and I remember
thinking “oh my god, he’s going to fall off in a minute”. Also during the
set, he became verbally abusive towards someone in the crowd, saying that he
has big security staff that he pays to sort out ‘people like you’ so ‘fuck
off’.
We saw him fall, there was a loud crashing sound, he continued to sing for a
few seconds but when he tried to get back on stage, he just couldn’t. Staff
helped him up then he left the stage, his drummer announced that Ryan had
broken his wrist, they went on to finish the song without him.
We later saw him being carried through the stage door and into a waiting
car, which I presume was taking him to the hospital. He had his head down
and was nursing his arm, the crowd that had gathered at the stage door were
cheering and applauding him as he was driven away.
We hope that Ryan makes a speedy recovery, he is a brilliant performer, one
piece of advice that I would like to offer him though is, ‘stay off the
booze Ryan’!!!!

Tell you what though, them scousers are a load of mouthy gits – how to spoil
a show!