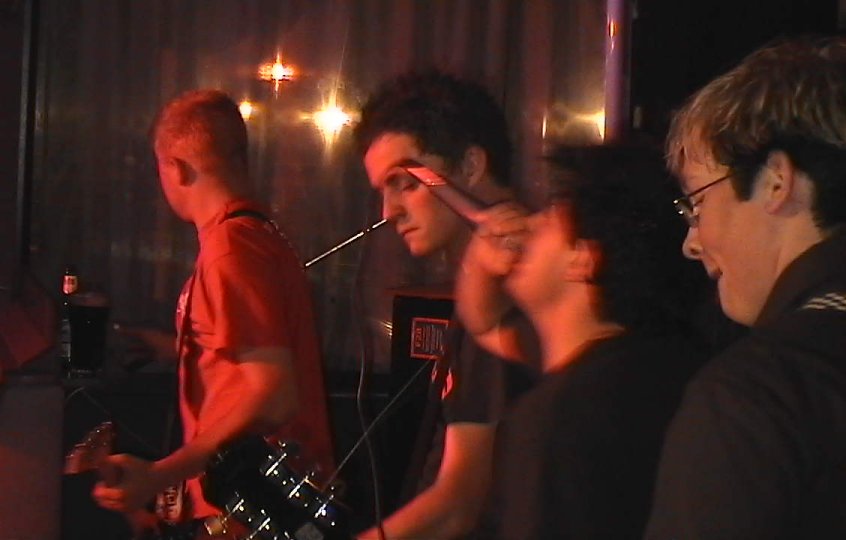 Damn! I forgot to wear my Kneejerk t-shirt; it’s my only ‘local band’ t-shirt except a very old Psycho Sexual Sex Terrestrials one, & I urge all local bands to get some t-shirts made so I can advertise your good selves.
The main reason for not even thinking of Kneejerk was because I was so goddam excited about seeing Stuntface again (for the 8th time I think), I wasn’t going to review – just enjoy. So when the Rastin told us there’d been a communication breakdown between Good Clean Fun Recs, Stuntface & his own multi-national conglomerate Blood & Lipstick PLC promotion company & the band would not be appearing tonight, I started to cry & drowned my sorrows in a vat of Carling. 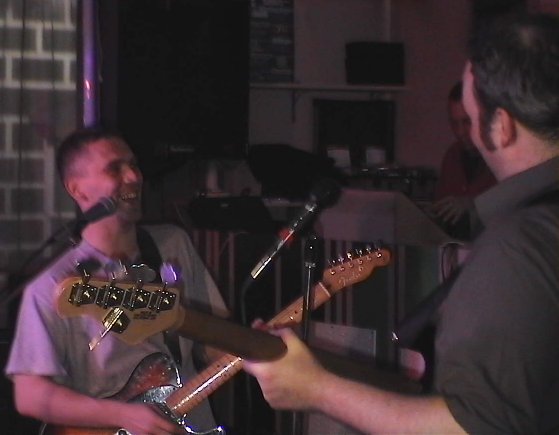 So myself, Steve Sync, Paul Scouse, Dean Obscene, Rich Alien & Daz Roddick took in the ska skank of Kagnee, a Liverpool band making their 2nd appearance in the Scouse Suburb of Rhyl. The opening song has something to do with motherfuckers in a musical format carried on through the set. Its not all strictly ‘lip up fatty’ without the brass section type stuff, we do have that along with fast paced & slower almost reggae-fied tunes. I thought a nice blast of Police & Thieves would’ve gone down well. Also think Kagnee would be better suited as a festival warm up band, as having seen Caban do the feat at Pigstock a couple of years ago I know what a little ska can do to an audience!

Kneejerk became unexpected headliners tonight & probably played for longer than they’d have wanted to, & like MWJ said in his Penrhyn Old Hall review last week, there is a big improvement from the messy throw away set we’re used to seeing. Yes, Kneejerk are still cutting their teeth & like I’ve said all along, only playing live will make them better; & it has, & it will. There is an energy about this band, coupled with enthusiasm & an ‘innit-for-a-laugh’ attitude that’ll help them through this curve. In Andrew Treadear they have a confident frontman unafraid to leap out & grab you, unafraid to face his audience & someone who is definitely the part. The rest of the band will get there eventually, they’ll one day learn not to turn their guitars up after soundchecking as all it does is drown out the drums. No drums, no power. 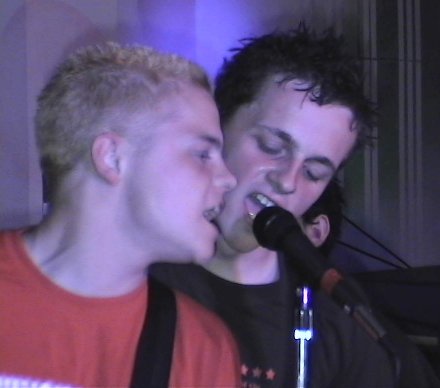