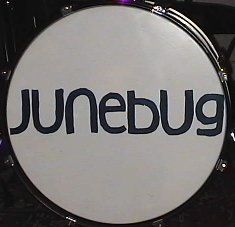 Junebug!! Junebug!! A chant any Blu gig goer would have heard at the venue a few times over the last couple of months, but where were these cries tonight? Have their fans fallen out with the band? Were their fans grounded for the evening? You tell me.

If there was a competition, for the best melodic easy listening pop band in North Wales, Junebug would win it hands down. They have a set full of well-rehearsed 4-minute guitar pop classics, which wouldn’t offend any possible audience I can think of (apart from maybe a Hells Angels wedding party). I’m sure given the right audience (Telfords Warehouse, or a trendy student bar maybe) they would go down an absolute storm to the well dressed ‘Hollyoaks’ young crowd who don’t want to be threatened by unusual or alternative music. 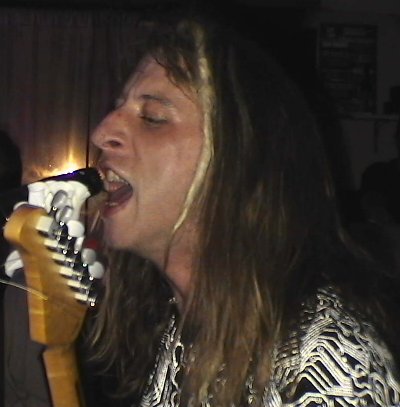 For myself and other gig goers wanting to see great original new talent, their music didn’t capture us and hold our attention throughout their set, but we didn’t mind this because we were not holding our ears in pain, Junebug are subconsciously washing over us in the background as we drink and chat. Earlier on this evening during Valleum’s set, Marcus from Valleum came away from the playing area, and approached Junebug in their chairs to serenade them with a guitar solo, whilst doing a mad backwards and forwards dance. I’m sure this was as much of a surprise to Junebug as it was for me, but this strange act was actually great off the cuff entertainment all the same. I wondered afterwards if Junebug thought this was weird and unnatural in a performance, or an interesting addition to the set.

If Junebug want to surprise, excite, and have our complete attention in future (somehow I don’t think they’ll go for this), I would recommend the following list of alternative image improvements (this is really rich coming from me) –

4. An extra musician, maybe some fit bird who plays the cello through a series of guitar effects pedals

Having taken Valleum twice in one week could easily get you addicted, & after what I felt was one of the best single performances I’ve seen so far in Blu, its easy to see why those who see Valleum are more than likely to get hooked. 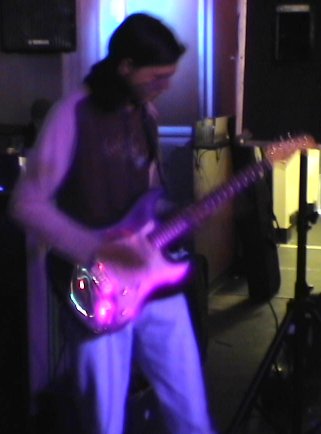 Other band filling in tonight were Ship Ahoy featuring Alien Matter guitarist Daz Roddick on drums. What started out as and interesting funk-punk guitar jam (no wordz) did start to wane by the 3rd song & my attention started to drift. They did pull it back with a superb 10 minute slog as a finale; one of those riffages you don’t want to end, and it didn’t!!