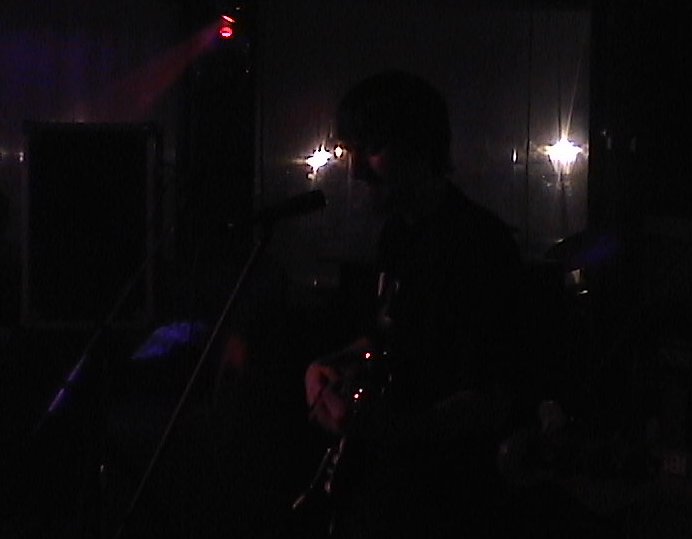 Busy 4 days for the Crud Crew, Wednesday it was Blu for Sync & myself, Thurs its Supergrass for the Fatman lovers & Friday the whole lot of us go to Dublin on a cultural visit 😉
Blu was an interesting occasion as I was intrigued as to Rastin’s faith in Broken Pavement having witnessed their diabolical non-performance at the venue last month where the plug was pulled. His faith was repayed to an extent where the band did actually play some songs this time (4 I think) but they are 10 to 20 rehearsals too soon to be gigging & I suggest they get that sorted as there are some good ideas in there. Plus I also like the ethic & the scally enthusiasm of this band, which is in total contrast to Carl Gintis’ opinion who said he’d rather be fucking Ronnie Corbett. It was a great guitar sound but too loud for the soft bass playing & drumming. (The drummer incidentally is the step-son of my cousin 36-times removed, Ratty – see The Kidneys entry on the website).

What started off as a 3 piece evolved into a 5 piece when 2 vocalists [sic] got up for the 4th & final song. I was stood there thinking it was something like a bad trip! One guy looked like an extra off Uncle Buck & the other like an escapee from the secure mental unit who’d swallowed the drugs cabinet before breaking out. Adorned in a makeshift headscarf & wristbands & covered in slogans (ace!). In fact, free magic mushrooms should’ve been given out on the way in. Add the mad bird at the beginning headbanging to Guns’n’Roses & the kit being trashed at the end & this is pure paradise city festival stuff. 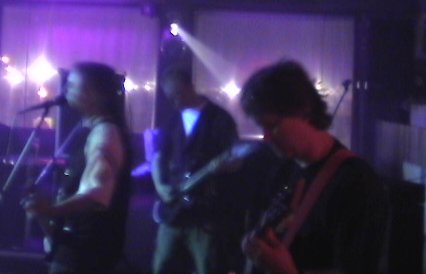 This meant Flesh Resonance were always going to be up against it, not that they were blown off stage (far from it) (I’ve never been blown off on stage, the thought is interesting…), but the odds were stacked up against them from the off when Skinflick pulled out for ‘internal’ reasons & the DJ played his mid-90s CD collection so loud that the optics behind the bar were rattling. So where subtlety would’ve suited Flesh Resonance better they were forced to rely on volume & that guitar (as good as it sounded) bled over everything else for the 1st few songs. Blu isn’t the right venue for this band but its a good place for them to cut their live teeth so to speak, I’d be far happier to see them supporting the Ozrics or Hawkwind or (ahem!) Sons of Selina, with a sound suited to them & an audience who appreciate their Dark Between the Stars debut & the excellent follow up Feast of Shadows.