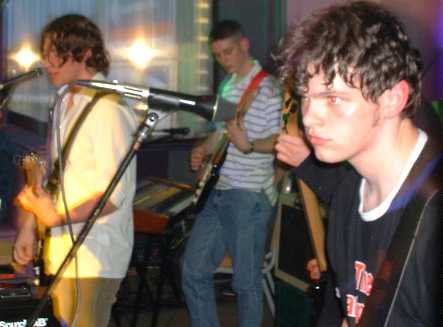 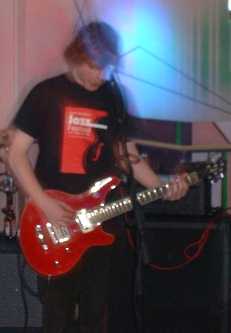 Just like that psyche-punk outfit Black Lace never shook off the comedy tag after releasing ‘Agadoo’, so Jive’s Room face the legacy of their ‘Tight Pussy’ song off their 1st demo; yes it was done for a laugh but it did stick. Until now. Playing songs off their new EP, which you’ll hear on my radio show as soon as the tight bastards send me a copy, it was the crisp sound that initially struck me. Singer Kyle Lee possesses rock star looks in that same odd looking kind of way that Thom Yorke & Gruff Rhys are no oil paintings. He did do battle with a microphone that kept cutting out, but hey it wouldn’t be Bar Blu without a mic problem of some sort. I’ve read back on a few of my reviews for both this site & Honk magazine & noticed I don’t really describe the songs, & instead I vouch for the feel. So Jive’s Room felt good, would deffo check ‘em out again as their songs are well written & really well structured, even The Who’s ‘My Generation’ was passable because they sent it off on a jam out at the end. Did I tell you my Dad’s cousin was married to the Who’s late John Entwistle? Yes, I think I did. 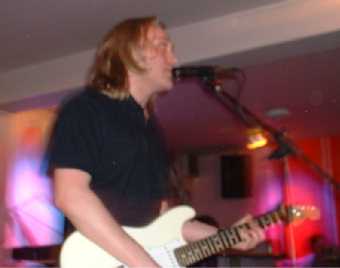 Headliners Junebug are old hands at this game now & I feel have given up the pretentious aspirations of being the rock stars they could so easily have been. They’re happy to play their melodic tunes & harmonies & those that follow them are happy to listen & watch them. From the back of the crowd I thought what a damn fine drum sound & what a damn fine drummer they had, ’til I ventured forward to see just Ralph & Guy Latham on guitar & bass. That is a mighty fine drum machine! The von Trapp brothers (as they’re fondly known) are on a similar wavelength to Toshack & Keegan in that they know exactly what the other is going to do in a song & when.

Gintis brought the crowd, they’re better hype merchants than Paul Scouse Hammond in his heyday & I came along also to see if I could believe the hype. The Ex-Godfather & now Grandfather of the Rhyl scene, Steve Rastin said Rough Trade would’ve been creaming in their pants for Gintis 20 years ago. Problem is that’s exactly what Gintis were 20 years ago; cream in their dads’ pants. Does Rastin’s comments mean that this young band are retrogressive? Is retro the new prog? This is a post-rock feel in the Model Superb mould; the Flaming Lips t-shirt gave it away, & they’d go off on a tangent & sometimes would lose the plot altogether. But they’re not afraid to sick their necks out with 3 guitars (& a shopping trolley) all not in tune with each other – was this deliberate? Who knows, who cares – this is Wednesday & the venue is full of people! So if Wednesday is the new Friday, does that mean we can have Thursday off work?