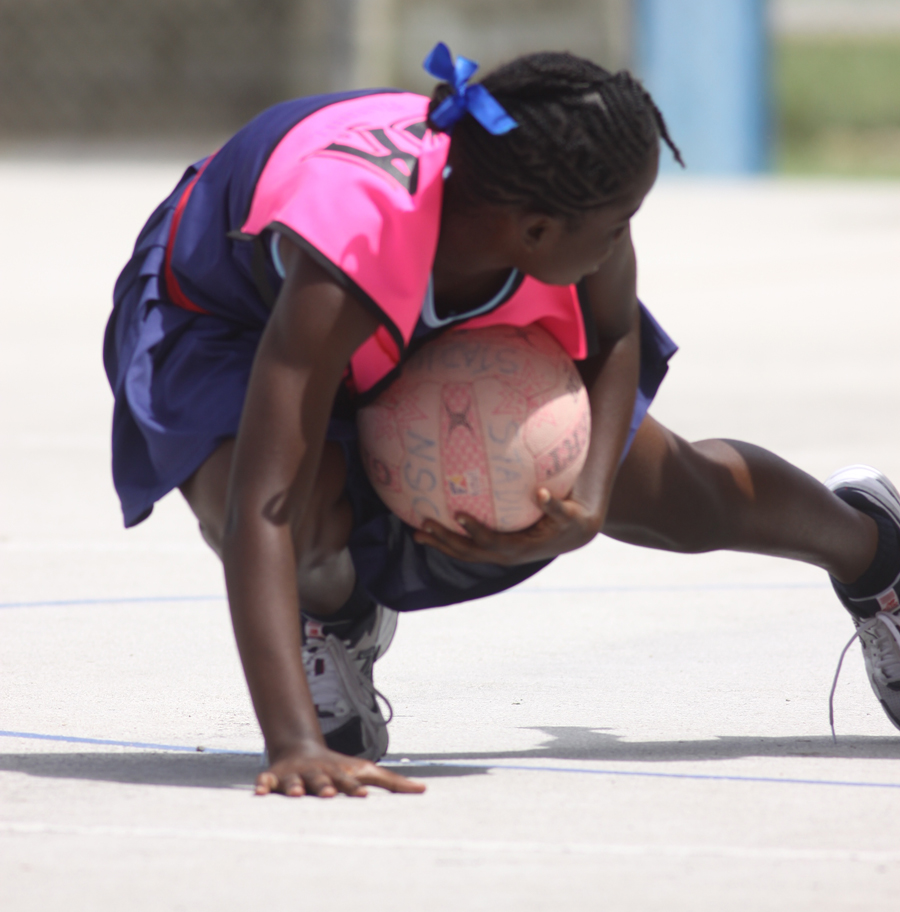 I’d had ideas of knocking a ghetto team into shape like the guy (GUS) behind South Korea’s footie stars, claim they are from an obscure Pacific Island..whip every one in sight..win the lot..the team would look like Maes-G and Rhyl Karaoke Bar ‘ladies’..very urban..lots of chewing gum..orange adidas day-glo..maybe.

A quick burger at Mac Murder burgers..suss out the entry chic..a few stragglers..some wrinkled sports teachers give me the once over..must be the Starsky and Hutch jacket I guess..they’d kill for this in Camden I mused.

Netball..something lanky girls did in school..I’d armed myself with Heather Crouch’s Netball Coaching Manual, though to be honest I got bored after reading the intro and just looked at the black and white retro stills, but better still had aquired some rare Australian enamel badges of Netball clubs, any aggro in the Netball bluff and I’ll drop this fact..Australia are the tops..that’ll shut anyone up if I come unstuck.

The security at MEN ARENA was pretty crap..no search, I could have been carrying..usually are..but hey it’s Netball..no one blows up a Netball play-off right? I could have brought the porta DAT or mini disc to record some samples..too easy..I needed to be ‘inspired’ to create a track..feel the Netball scene. As the heavy doors of the MEN arena block 103 slammed shut I flashed back to the doors of Wigan Casino when I was 15, as then I had entered the dark Northern Soul world here was I in full on Netball utopia, and I was not disappointed. Barbados vs Canada..top flight Netball.

”Have you come far?”

”Anglesey, doing a write up for Link2Wales web site”, I reply trying not to pick too many flyers in a ‘I’m obviously out of my netball League’ sort of way.

Flicking thru the AENA coach education leaflet I’m persuaded by parting with £250 i can become a Netball Coach! Cripes good investment, to hell with bragging about unknown electronica from Latvia, a Netball Coach, the ultimate, I’m sorely tempted, perhaps an S4C mini fly-on the wall on digital TV of ‘how Johnny R became a netball coach’..I sign up for a years subscription to Netball magazine, smile coyly at Clones 1 and 2 then hit the MetroLink and amble down Oldhan Street..strangely the girls in CYBERDOG www.cyberdog.net seem a bit normal, futuristics?..hah..i’ve moved on from neon neoprene ..I pick up a second hand 70’s nylon sports top from POP BOUTIQUE, take note of the value of the ROLLERBALL Soundtrack LP..and hit the train home..

Those saddoes in the Synchro Swimming Pool are so last season I tell myself, I mean R-bennig have to move on up, off the wall..

A CARMEL record is on the deck..ironically a jazzy Manchester lady..I’ll loop her..stick some Metal Detector over it..a cutesey chorus..call it DISCARDED THEREMIN ORCHESTRA ‘UNDERWATER NETBALL LEAGUE’..maybe a wax 7″ gig record to go with our KLINKER CLUB LONDON gig in Autumn.

Netball..it’s out there, where were you?.