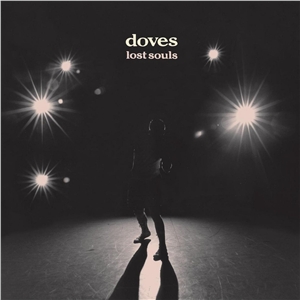 Bands like Doves are part of this unfortunate majority who are great bands but don’t have the recognition they deserve. Their 2000 album Lost Souls was a wonderful collection of catchy but yet dark tunes. From the opener Firesuite to the brilliant Here It Comes Doves seemed to pack musical punch after punch. How disappointed I was that their performance supporting Travis was so bland. It didn’t help (to be fair to them) that the Travis hungry audience weren’t paying to see them and that half the crowd hadn’t turned up or were drinking Smirnoff Ice in the corridors.
The audience reception was lukewarm, which is a shame because Doves are a very tight and powerful band. I could hear comments from people who hadn’t heard of them and were reluctant to give their full attention. Sadly Doves pulled out only 3 tracks from the Lost Souls album out of a 10 song set. The remaining tracks included the upcoming single and a host of new material which to me wasn’t immediately as grabbing as their previous effort. Maybe it was an error in judgement, I know from experience that bands like to showcase new material but to the Travis audience it was wasted.

Those who knew the Doves music wanted to hear the songs from Lost Souls. On a lighter note, songs like Catch the Sun were played with vigour and enthusiasm and the audience reacted well. On Here It Comes singer Jimi took the drumming duties whilst the drummer took lead vocals and harmonica, nice touch. As a visual band the Doves have a lot of work to do but musically they remain one of the better up and coming bands of the indie genre at present.

If you haven’t heard the single Here It Comes then go and buy the Lost Souls album today, if only for the fact that it was engineered by Sons of Selina’s Martin Wilding.