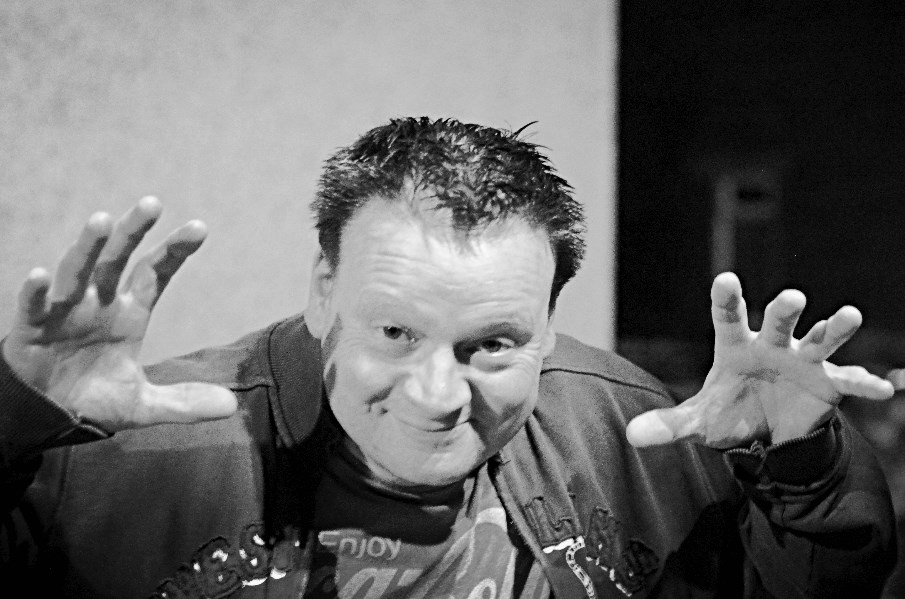 Sometime early 1980 – Stew pulls the guitar out from under the bed and plays Huw Evans a version of Message in a Bottle.

1986 – Buggered off to London, lived in a squat in Glyn Road, Hackney with a pile of Irish Punks – lost 18 months apprenticeship with father (electrician)

Bingo Pyjama – As above including new drummer Simon Elliot-Smith once signed to MCA Records and played with London based band The Wild Men of Wonger.
Line up as above.

1987 – Returned to North wales to audition for 4Q….
Went to 4Q rehearsal / audition in Old Colwyn community hall/ scout hut. Was offered a gig in Hebdon Bridge. Couldn’t make it, bust a string.

Note – Swansea University riot caused by the promoters not letting English speaking punters into the gig. The band got involved!

1988 – Re-Recorded at Elephant Studios, London a version of Bo Diddley by Bo

Guitarist on recording “Hazel” by Candina Jane (singer / Songwriter) ex member of The Exit, from the Rhyl area together with Steve Cawthray (Drums) which received air play.

Offered exclusive recording contract by Carrera records – Turned it down.

Recorded guitar for the theme music for S4C’s “Rownd a Rownd” at Coleg Menai’s AV studios.

1999 – Played Burbon Street Jazz Club Amsterdam, plus other Dutch venues, whilst working there.

Favourite Drummer = The 38 we auditioned in London for Bingo Pyjama

The most exciting moment of your musical career = Being offered a recording contract.