We must be climbing the social ladder – having begged, borrowed & almost stolen tickets for previous Gatherings, this year we were invited on 3 guest lists. It’s becoming a bit of a tradition to start at the Imperial Hotel in Llandudno, which is more a collar & tie setting than 5 boys out on a 12-hour session of music & beer. 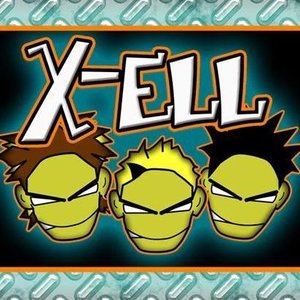 Fairziff, Andy Fatman, Steve Sync, Jake & myself discussed the demise of the Speakeasy as the dinner parties quaffed their campari sodas & we made our way to the NW Theatre.
X-ELL (or Excel) from Rhyl were well into their set when we stumbled in. A 3-piece (as most new bands are these days), very young, so young in fact that the drummer was about 11 years old & very talented; but like his Hanson counterpart he knew it to the point of annoyance.

Unlike previous Gatherings this year was a follow on to last years Alarm 2000 tour – The Alarm 2001 hit the stage running & soon began sprinting their way through an envious back catalogue. When you look at today’s chart bands you know that 99.9% of them will not have a back catalogue as strong as this to choose from in 10-15 years time.

The only pause for breath came when old sparring partner Steve Allan Jones took to the stage for a piano & song breather with Mike Peters. The ghost of Yoko Oh-No sat by Steve’s side as Mike sang ‘Imagine’, let’s have ‘Wonderwall’ next year to chill out to. The recess was long enough to catch ones breath & instigate another batch of crowd surfing. Much to the annoyance of the stage manager, 5 people surfed their way to the front of the crowd, 4 of them were the Crud Crew & the 5th had the misfortune to be hoisted up ourselves. Bonehead Nightrider Guitar Technician extraordinaire cringed as his guest list was plucked from the crowd by the Security.

The songs marched on & the audience got more frenzied, we all slid sideways, luckily my left knee smashed against the floor & cushioned the blow for everyone who fell on top of me. Unable to walk, I hopped for the rest of the set until I was lifted onto the shoulders of some unsuspecting punter. My sojourn of the heights was short lived as someone fell over with everyone following suit – lucky for me Andy Fatman’s right leg broke my fall & lucky for him the alcoholic anaesthetic didn’t wear off until the next day. By then, his leg was purple from the shin down & my knee looked like a football.
Should be better for next year.