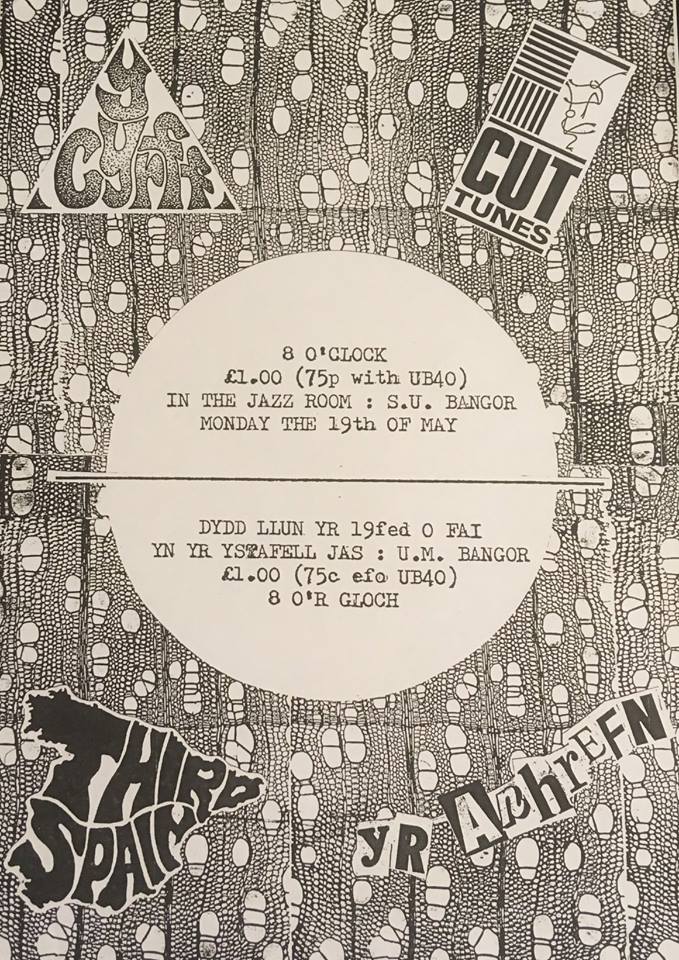 Ann Matthews (who would later play in Fflaps, Ectogram) designed this poster. She says; ‘Ah, this poster. A Collab. I nicked Alan’s and Cut’s logos and used a blow up of a microscope slide of a slice of plant bamboo I think! Alan’s posters were of course a lot slicker! Great bilingual gig days!’ 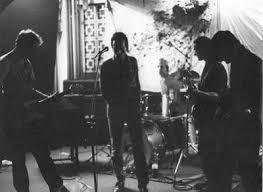 Third Spain at the gig 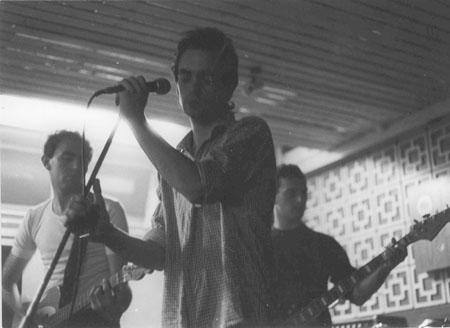