Last Rights were a Llandudno post-punk band who existed in 1979. 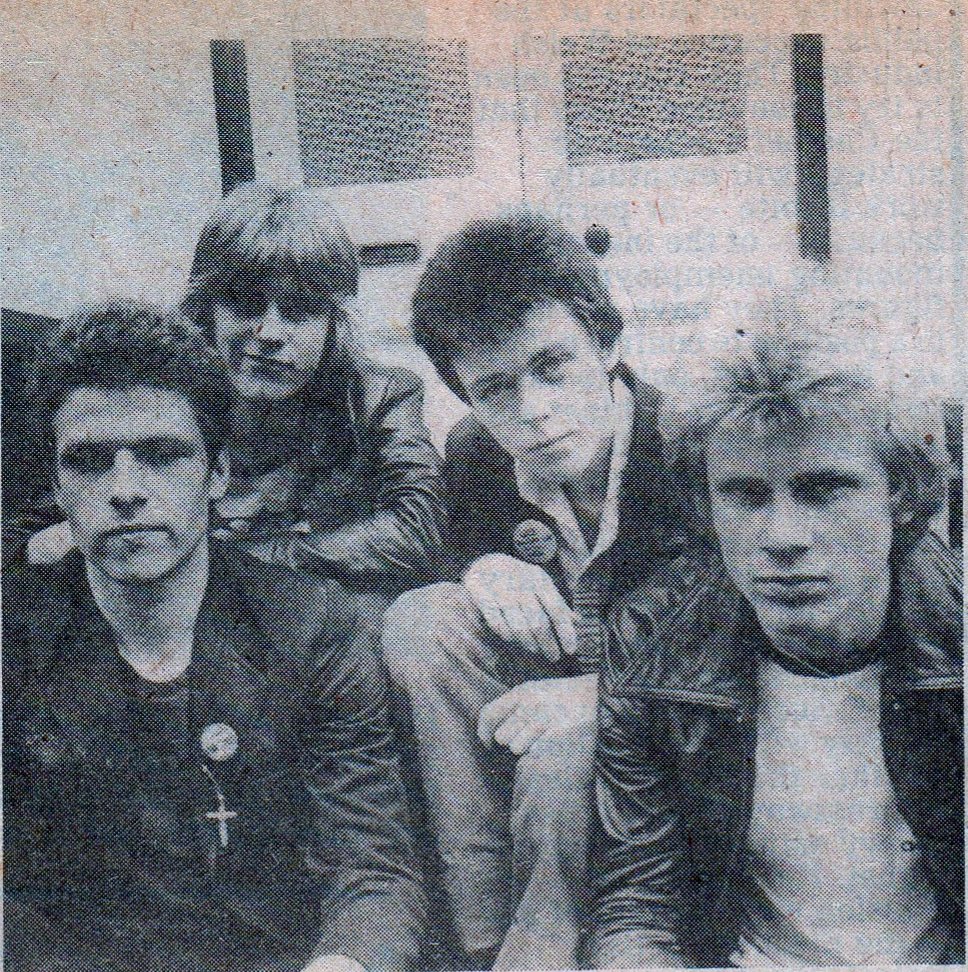 Ronnie (pic below-right with Sully) – Sadly died in April 2009 after a long illness.
Former band mate Sully remembers, ‘We did many gigs around North Wales including a memorable one at Colwyn Bay pier supporting the infamous Ginger Baker. Ronnie was outstanding as a front man and would have given Johnny Rotten a run for his money any day. He later went on to perfecting covers by the likes of Pink Floyd, it was really moving at his funeral service when they played 3 tracks by Floyd including Comfortably Numb. Ronnie is sadly missed by all his friends and family. God bless you mate.’

(pic courtesy of Sully – not taken at Colwyn Bay gig)