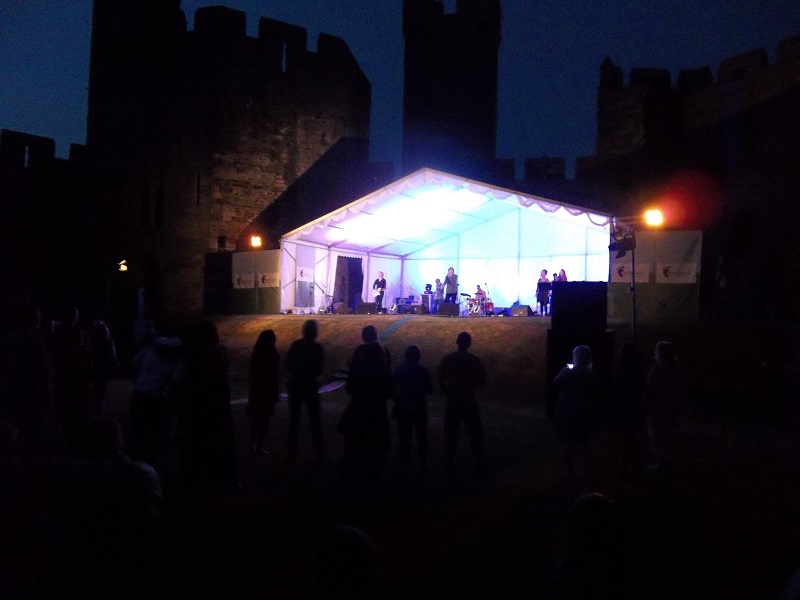 Yr Ods have written one of the best Welsh Language pop songs of all time ‘Cofio Chdi o’r Ysgol’. It’s tempting to look at Lynch and Pritchard as a modern day Welsh version of Lennon and McCartney. As I listened to the set, every song was a ‘tune’. These guys certainly understand how to write pop songs.
We are sitting in Caernarfon Castle on a sunny evening, everybody is in picnic and wine mode, it’s really quite pleasant and the tunes are Summer all over, feel-good, tingly, teenage, soundtracks for young kids to fall in love to for the first time or even better maybe for that first breakup – ‘Cofio chdi o’r ysgol’ could then be that Simon Bates ‘My Song’ or was it ‘My Tune’ you know the one I mean, it used to be on Radio One in the morning the big sob story and sob tune – brilliant ! END_OF_DOCUMENT_TOKEN_TO_BE_REPLACED

END_OF_DOCUMENT_TOKEN_TO_BE_REPLACED

After two whole years of drinking, womanizing. gambling, and stealing other people’s songs, the 4 piece band – Osian Howells, Griff Lynch, Gruff Pritchard and Osian Rhys came to the conclusion it was time to do something of worth to fund or, at worst, kick these habits.

The brilliant single ‘Defnyddio’ and ‘Chwyldrofeistr’ comes to fruition a year after their first ever gig at Sesiwn Fawr, Dolgellau. Following that unforgettable gig, some half-famous Welsh language celebrities became ‘groupies’? following the band to all parts of Gwynedd. Despite this, the band has gone from strength to strength with some memorable gigs not least at the ‘Rhyngol’, Aberystwyth. The hope is that this single will make enough money to fund the bands bad habit. If not, they will have to go back to selling ice cream on the best beaches Anglesey and Gwynedd have to offer.
END_OF_DOCUMENT_TOKEN_TO_BE_REPLACED