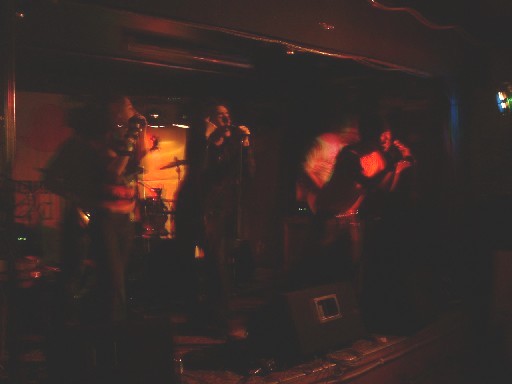 (review and pix by MWJ)
Holyhead doesn’t have the best of reputations. I think the last time I was there was on some primary school trip to look at the ferries. It was dismal then, and then all I’d heard in the meantime, on the Under 5’s ear hunting missions, the environment that inspired Wendykurk to drugs and fury, and it literally resembling the end of the earth, hadn’t encouraged me to return. However, from the gutter you can see the stars as they say and partly through deprived area funding and a lack of anything else to do, the town has become the hub of a rising Anglesey music scene. This has a pretty heavy vibe to it, and tonights outside broadcast for Adam Walton’s Radio Wales show brought a wider focus onto happenings in the area.
END_OF_DOCUMENT_TOKEN_TO_BE_REPLACED