With the cancellation of my train friendly option of The Imperial I elected for a sober drive to the old hall for the first time in years, since my old pissed biking expeditions to the punk nights they’d put on here. I’m am out of sensible biking range (and lacking match fitness) at the moment but this was my first chance to check out these regular rock nights that the guys from Lantern have set up and organised. END_OF_DOCUMENT_TOKEN_TO_BE_REPLACED

Dominic of Jacobi (pic above) states, ‘I think we dressed like we were going to a wedding. no idea why. My drum machine blew The Upstarts’ PA system.’ 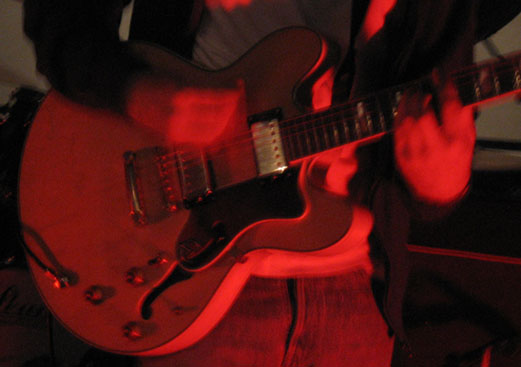 I was sat at the bottom of Station Road in Colwyn Bay, munching on a mega-Armageddon hormone injected chicken (maybe cat) burger. Steve Sync was doing his hair this evening, Andy Fatman was distilling his liver and Wayne was being a Bastard. So I was solo tonight.
Observing all around me, this is Colwyn Bay; my old stomping ground, where I moved to as a 19 year old to escape the drug clutches of Rhyl. This where I became Neil Crud, where both 4Q and Sons of Selina emerged from.
Some things are an institution; the 4Q slogan painted on the railway station wall is still there, the KFC was built before Colwyn Bay, and across the road stands The Imperial Hotel.
END_OF_DOCUMENT_TOKEN_TO_BE_REPLACED

Dominic from Jacobi remembers this gig as, ‘One of those turn up, play your set, fuck off to do anything better than listening to the other shite band.’

Did you go to this gig? It was a heat for a Battle of The Bands… Let us know… (Jacobi pictured)
END_OF_DOCUMENT_TOKEN_TO_BE_REPLACED