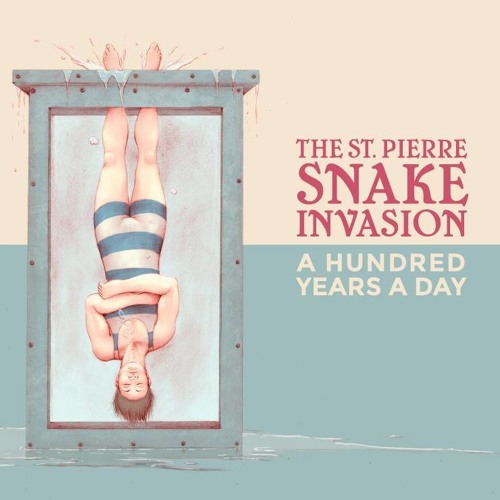 Bad sex by bad people, The St. Pierre Snake Invasion are parasitic sleaze bums who were rejected extras for a panto version of One Flew Over The Cuckoo’s Nest.
Spawned from the loins of Damien Sayell who quit Homespun, quit Rhyl, took more drugs than a touring funk band and woke up in Bristol convinced the revolution was a hoax.
END_OF_DOCUMENT_TOKEN_TO_BE_REPLACED

Ask me what do I want the perfect band / song / sound / genre to sound like… I’ll answer The Saint Pierre Snake Invasion.
That is a review in itself… These 5 tracks, this band, this sound, this genre has everything you want in an uncompromising rock / punk / garage / grunge / dirt / scumbag / arrogant / sexually depraved / heathen / rock and roll band… They are nigh on perfection, and if your musical submarine is sinking, then allow TSPSI to float your boat. END_OF_DOCUMENT_TOKEN_TO_BE_REPLACED

It has to be said that Steve Rastin is like that Vietcong soldier they found in the jungle in the 1980’s who thought the Vietnam War was still being fought! He [Rastin] operates in the Rhyl Bubble, unaware of what goes on outside the zone, and quite frankly couldn’t give a toss either. Gigs organised are sometimes promoted, sometimes the bands are told they’re playing, sometimes they’re shambolic [gig and band], sometimes a success, sometimes both. What you can’t take away from Rastin is consistency, he’s consistent at all of the above and also essential to all things local and live. Since the move from the very square and unatmospheric surroundings of Vegas Bar to the rough ‘n’ ready ‘n’ reopened North Wales Inn things have taken a turn for the better… Yes, that ramshackle karaoke piece of shit PA is still wheezing its way through performances, but people are once again turning up to see live bands… This is a plus, as for far too long bands have been playing to other bands on the bill and the bar staff. END_OF_DOCUMENT_TOKEN_TO_BE_REPLACED