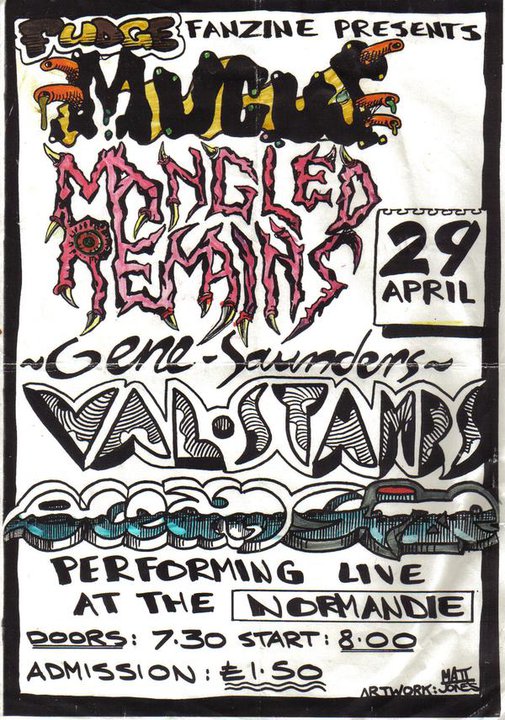 Duncan Black says, ‘Ogie drew this poster in 1993. He makes animations and cartoons for the Nickelodeon channel now. Nostalgia wasn’t even invented back then. In fact ‘colour posters’ were pretty modern. Thanks to felt tip pens we were cutting edge.’
Fudge fanzine promoted the gig, Duncan continues, ‘Seem to remember a slight tiff between the makers of ‘Fudge’ and a certain well-built hairy member of a little known thrash metal combo from Bangor. The quote ‘Let the wookie win’ is oddly appropriate at this juncture. That Fudge fanzine was the end of fisticuffs between thrashers and punks in Bangor. After that we all had to get along. Chris Chewbacca said so and he was bigger than the rest of us. After that we all cut our hair and went to raves.’