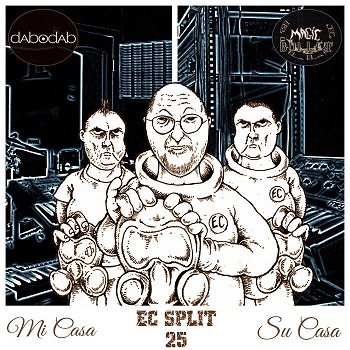 Asgard is an anomaly outside the seaside enclave of Knott End. Magic Bullet hover in the vicinity; their five feet not quite touching the ground as the evil twins occasionally meet like floppers in a rift. The production line that is Mick Magic and Skit Zoyd have released a split album with dabodab. END_OF_DOCUMENT_TOKEN_TO_BE_REPLACED

Magic Bullet are from Knott End and they are an electro-experimental music project that started in October 2019. Mick Magic and Skit Zoyd currently have a handful of tracks on compilations, but expect to release their debut album early in 2020. What a great session..!! (check em out)