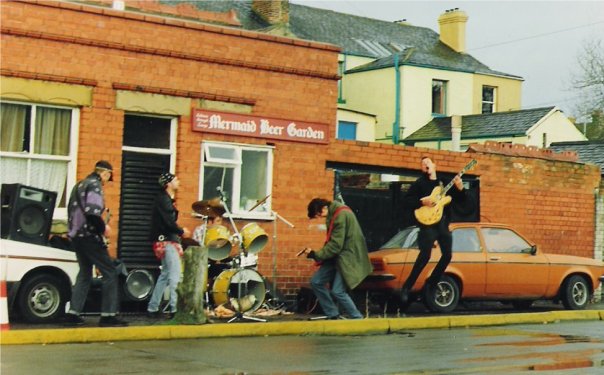 END_OF_DOCUMENT_TOKEN_TO_BE_REPLACED

Jon Bon 10p made his debut appearance stripping down to his bare essentials to rouse the audience into a chorus of Christmas Again. The performance earned Mr.10p the title of a ‘red hot sex machine’ in a local fanzine.
The Psycho Sexual Sex Terrestrials had dumped Robin for his lack of enthusiasm, Aubyn was drafted in so the boys could watch her from behind as she danced on stage in tight clothing & Dave The Rave replaced the hard to handle Hot Scott on bass.
(pic not taken at gig)