The Psycho Sexual Sex Terrestrials habit of playing in Rhyl was one they couldn’t shake off, and for a brief moment in time it was great fun before they took themselves too seriously.
Also on the bill were Coventry’s Ludicrous Lollipops, who brought some travelling support for their mini-tour of Wales.
Mags says, ‘I remember that gig. The locals were amazed and terrified that we’d brought an “army” of Lollies fans up from the Midlands with us to this little pub in Rhyl. It was a really fun gig. We did 3 or 4 gigs in North Wales and camped for the weekend on a farm. Much fun was had. Best Lollies song? Lies About My Life. It’s a pleasure to hear it again and a pleasure to revisit our well intentioned 2 fingers to society. Long live the Lollies!!’
END_OF_DOCUMENT_TOKEN_TO_BE_REPLACED 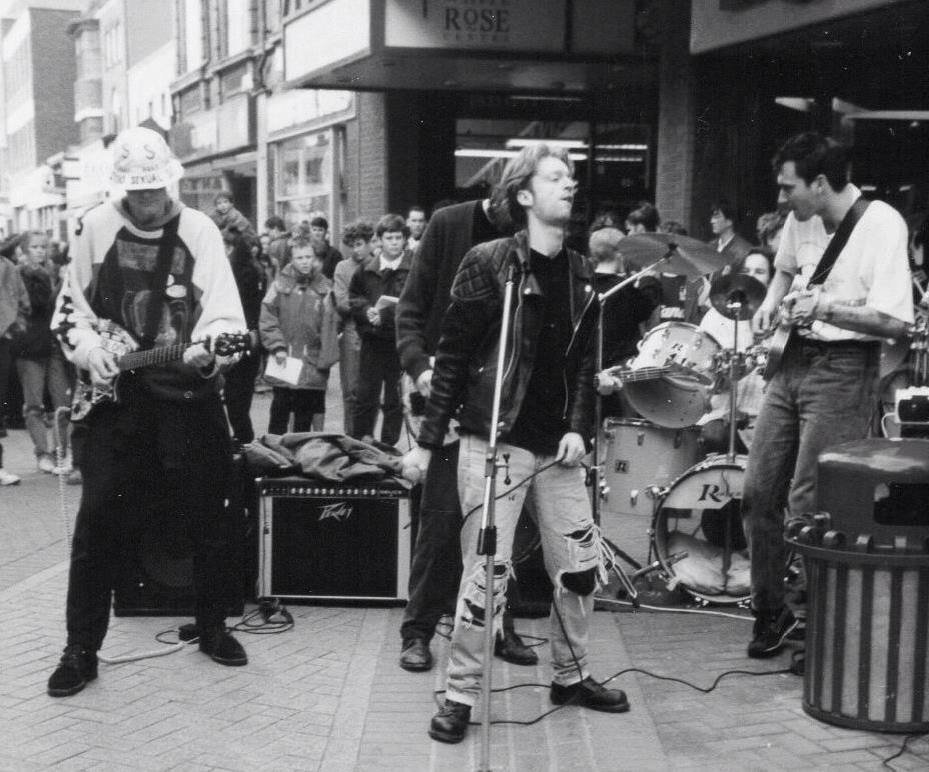 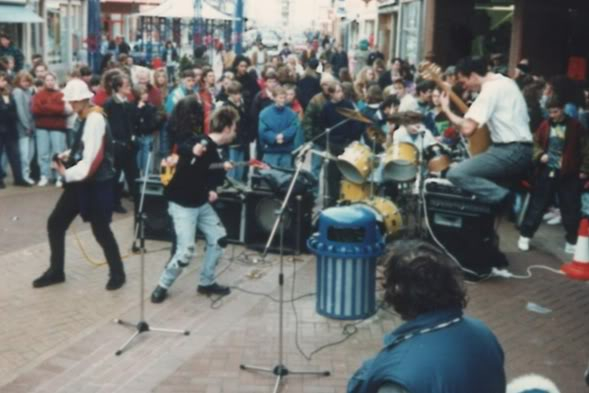 Psycho Sexual Sex Terrestrials and Jon Bon 10p did a spate of outdoor shows in North Wales in February and March 1992. Using the ‘charity’ umberella to gain publicity and prevent any ‘officials’ stopping such events. These gigs usually went down better than ‘proper’ shows due to the impromptu nature of catching shoppers off guard. They were a great laugh…
END_OF_DOCUMENT_TOKEN_TO_BE_REPLACED