Adam Walton’s last Sunday night show (before he moves to Saturdays) on BBC Radio Wales was a special feature with an indepth interview with Gruff Rhys playing songs and telling tales. Also a live set from Georgia Ruth recorded in Llanrwst in November. And a special 30 minute dub mix by Blaenau’s Llwybr Llaethog (pic above)
Download / listen to Llwybr Llaethog’s debut EP ‘Dull Di-Drais’ on Recordiau Anhrefn Records from 1986 here

Courteous Thief and Ugly Harmonies play at the Conwy Food Festival. Ex-Sons of Selina keyboard wizard Steve Sync making his live debut with the band, ‘It was a really good gig, well attended, considering it was outdoor and cold.’
The band have a new single out at the beginning of November; Eyes Wide Open has been earmarked as BBC Radio Wales Single of The Week.
Steve has also smashed the ivories with his own act Sync, Alien Matter and The Affliction. ‘Ugly Harmonies were really good, pure rock.’

Other News – Gruff Rhys wins the First Welsh Music Prize at The Swn Festival in Cardiff. Hosted by Adam Walton from BBC Radio Wales and held at the Kuku Club, a surprised Gruff said, “Everyone on the list deserved to win, so I am very grateful. I really didn’t expect to win, so I didn’t prepare anything.  I was so surprised because it’s such a strong list of albums and so difficult to judge between them. It could have gone to anyone. I feel very lucky.”

Over in Colwyn Bay Heatseeker played at the newly renovated Colwyn Theatre. Following the trend of hundreds (if not thousands) of tribute acts, this AC/DC tribute outfit are by all accounts a poor copy of AC/DC UK – on asking how the gig went, Tim Griff replied, ‘Let’s not go down that road, terrible!’ 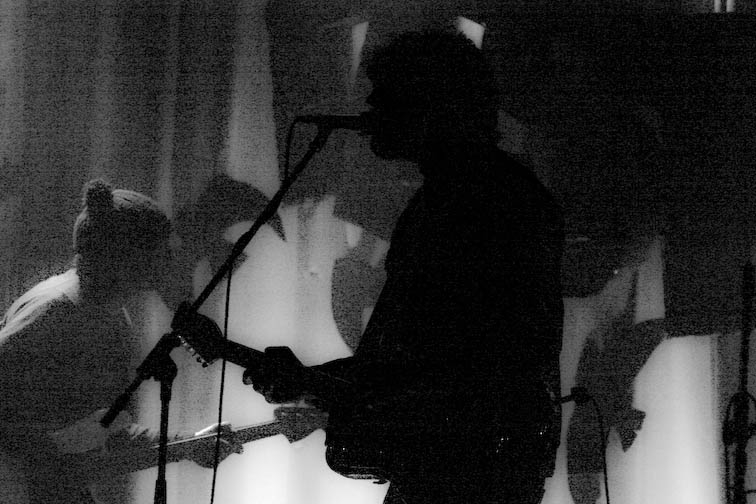