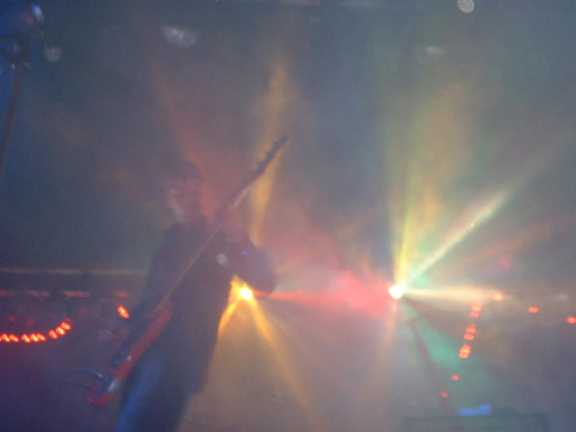 Fudged are at Rockcliffe Studios in Llandudno recording 5 songs.

The Cox are slinging around a 7 track demo of their latest material.

Pocket Venus are releasing their 2nd single Tell Me Why on Secrets of Sound records on CD & 7″ vinyl.
They will be appearing on the Extreme Sports Channel (Sky Digital 422) on 14th Dec & again on 1st Jan. We have learnt that the songs Fall Away & Get Away will be used as music for the show, plus a montage of the band will be used, filmed at this year’s Wakestock Festival.

The Breeding Ground events in Chester & Wrexham have been suspended until further notice, the organisers are hoping to stage 2 shows at a new venue in Rhyl before xmas.

A new album is to be released on Catchpenny by the Duckworth-Lewis Method (aka DJ Komikon and ‘Y Dref’) entitled Heb Fod Allan. The D/L Method also had a show on Radio Amgen last autumn.

(review by neil crud)
The Breeding Ground website message board has been a-buzz with accusations, counter-accusations & general slanging after the previous live encounter. Hooper are scagheads & Pocket Venus are crap tradesmen. For the internet lurker its been an entertaining read & great publicity for the bands. (The bruises on Paul’s arms are inflicted through his surfing hobby rather than needles & I’ve seen Chris & Naldo’s work first hand; believe me, they’re not tradesmen! Sorry to shatter any illusions there).
END_OF_DOCUMENT_TOKEN_TO_BE_REPLACED