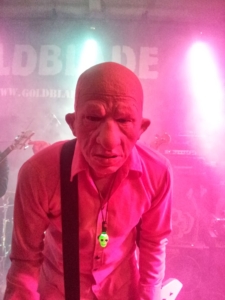 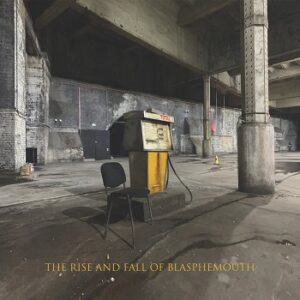 If it said what it did on the tin, then that tin is rusty, filthy and dirty. It’s been kicked, squashed and it’s been pissed on.

That kind of sums up this album from FilthyDirty, who is one of four bassists in Evil Blizzard. No, he hasn’t quit the band due to musical indifferences. He was given a lockdown concession and allowed to record a solo album from his cell at HMP Sin City Preston.

The result is this thirty eight minute, eight songs long slab of erroneous genius… Not quite Blizzard, not quite anything and, like its creator; barely human.

Disease opens the album and you are drawn into a pseudo-world where nothing and everything matters. You see a filthy dirty old man dressed in pink on the floor. He’s like a festering sore left among the pews long after everyone had gone from church.
‘I am disease,’ groans FilthyDirty as he looks up at the vicar, ‘I am decay, I am failure, I am dismay.’ The vicar is you and you do what any good preacher would do. FilthyDirty was duly assaulted and robbed of his wallet.

Despite texting and calling for help, none came as all his friends are cunts (including Terrible Steve). All My Friends warns you that Filthy’s friends are best avoided, particularly Tommy The Tiler.

Tommy may well chortle at being namedropped with all his associates in a song, but he’ll realise that All Of This For Nothing is really quite the masterpiece. It vibes off a disused theatre in a grotty part of Lancashire (Preston), before the Evil Blizzard-esq pig-clown dances across the stage to the eloquently creepy blood-curdling Don’t Trust Me, I Don’t Trust You.

The nervous stylus edges toward the end of side one of this creeping, nasty piece of work and you’re compelled to flip it over and continue with your personal pain.

A militant sock drawer song pays homage to Telly Salavas and everyone is going Straight To Hell and there’s a dirty old man with a face like a sieve who’ll convince you It Wasn’t Me, It Was A Ghost.

However, there is time for One Last Drink In The Last Chance Saloon before FilthyDirty hunts you down.