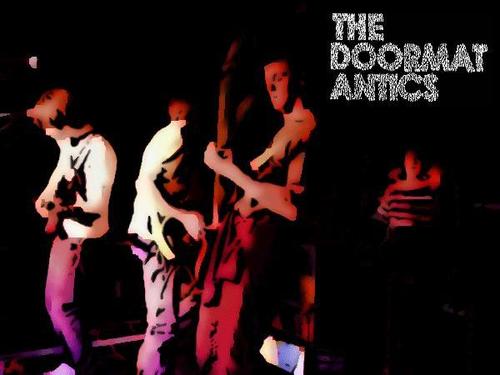 Good evening all , Dull as fuck sound engineer from Blu here giving you another informative interesting post about the tripe goings on from the world of Blu.

Leading to Zenith have always proved to be a for of interest having Jamie (Portrait of A Lifetime‘s lead sexual screamer) helping them. Their entrance was most grand from my perspective, walking into Blu with a couple of very nice females made me instantly hate their guts and start on my topic of how sound guys never get girls… But you cannot hate these guys they are very polite, helpful and don’t have the usual foreign arrogance that seems to be apparent across the UK.

With 3 guitars a keyboard, 3 vocals and bass and drums I thought this was a recipe for disaster as I soundchecked but alas again they surprised me. I found there riffs to be catchy and well thought out, their stage presence is an odd once with maybe a little too much confidence or too much commercial stage presence I think maybe a little bit of relaxation might clean this up, though Blu is a tough crowd to please. I do think that the fill guitar should be scrapped and the guy on keys should concentrate on it as his playing was very good despite the really horrible sounding samples that the keyboard had. I really do think that this band has a lot to give and needs to work on its live performances more to increase its compatibility with the crowd but all in all I give them a very good thumbs up.

Doormat Antics : Well I’m not sure how much of this set I actually listened too due to their guitarist or something going wrong, seems to be a spate of bands with dodgy gear lately and even though the audience always thinks it’s my fault it wasn’t THIS TIME.

I do think they are a definate crowd pleaser but more catchyness and maybe more creativity in their writing and arranging is needed. They are a young band so I suppose it all comes with time.

Guile : Well I must say I was worried about what Steve [Rastin] had booked with this but again his judgement proved admirable as Guile took the headline slot with a storm, great arrangements and lovely sounds across the board with a chilled but filling stage presence. They were very polite and helpful guys and I do believe that they need a lot more coverage. The Blu crowd were of mixed opinions it would seem, but I think they should have been liked by most. I believe the word me and Mr rastin used was Black Rebel.

Again another thumbs up from me and unfortunately no pictures this week due to Steve having the shits and being blocked in the DJ box by Guile’s backline. Was an interesting show of concentration and crossed legs.