Whilst in a vulnerable/messy state of mind the other side of the Pennines for Yorkshire Riffer my arm was gently twisted via text by Ell into the great idea of stopping off for another five bands in Manchester, just to top the weekend off. END_OF_DOCUMENT_TOKEN_TO_BE_REPLACED

The legends of UK punk have been consistently delivering the goods since the 80’s, the more recent times I’d seen them they’d been great, so with a fantastic selection of supports too this trip up to the ‘pool was far too good to miss.  We were a bit concerned we would be missing some while stuck in traffic on the A55 while the road was being washed (got to keep the welcome mat clean for all the visitors) but when we arrived the first band were literally just starting so all worked out perfectly. END_OF_DOCUMENT_TOKEN_TO_BE_REPLACED

TICKETS are seling fast for The Dirty Weekend in Wrexham….
Check out this incredible line up…

“Are you nervous yet?” I asked Elliot on the phone as I approached the campsite on the cusp of the 2012 Dirty Weekend, the first such festival in three years.
“Not yet,” He replied, “I should be, but I’m going to have a shower and some tea and it’ll probably hit me after that.”
Elliot Capper is partly responsible for this year’s instalment of The Dirty Weekend, which thanks to founder, Dave Cox, has had various guises over the annals of time; from the humble haphazard beginning in 2004 at The Dudley Arms in Rhyl, to the Morville Hotel on the Prom and the more audacious Hendre Hall near Bangor and now slap in the middle of Wrexham at the site of last year’s successful Ellfest…
Right in the heart of Chav City!
END_OF_DOCUMENT_TOKEN_TO_BE_REPLACED 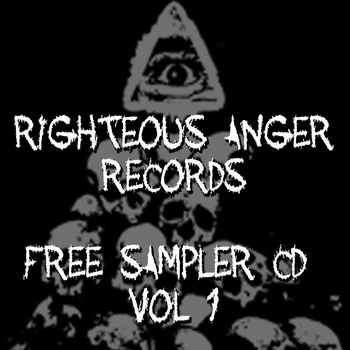 Or if you want a CDr copy – contact the label via www.righteousangerrecords.net