Mold hardcore thrashers Carnage were making noises in North East Wales and blagged a support slot with pub rockers Dizzy Mama. Half the crowd up for it and the other half bemused they unleashed a 20 minute set on them, which can be heard here… 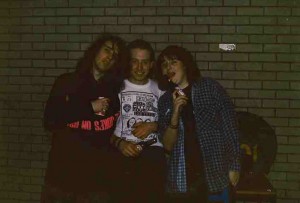 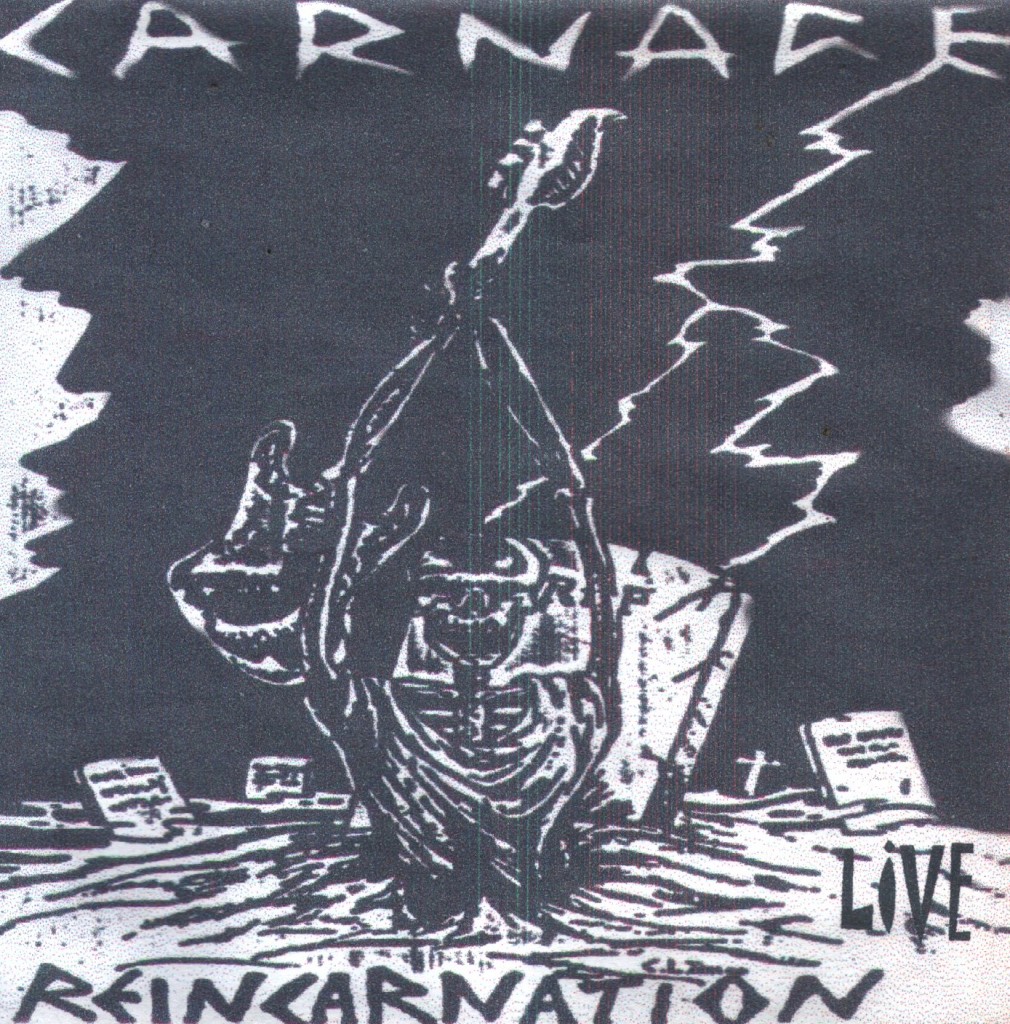 Carnage travelled to Kingswinford (near Wolverhampton) in an attempt to spread their fan base even further afield. El Stykio was suffering from a sore throat for this one as you will be able to hear and struggled throughout the night. Chris’ guitar was sounding absolutely fantastic and in typical Carnage fashion, something had to go wrong, and it did, as Tash broke his snare drum skin towards the end of Demonic Uprisal. Enjoy!!
END_OF_DOCUMENT_TOKEN_TO_BE_REPLACED

(from Crud Diaries)
I’ve grown to hate thrash, as in British thrash, there seems to be hundreds of clones playing unimaginative and uninspiring noise. Unfortunately, that’s what Carnage are, I hate their music, having seen hundreds of these bands across the north in the last 2 years, but I suppose they’re all right, a bit childish even by 4Q standards! Apart from Knoxy I don’t think they thought much of us either.
I guess in ten years time I’ll play their demo and really like it…!
The crowd (about 150) consisted mainly of 30+ year olds, it had a working man’s club feel to it and it was a dodgy audience who could take 4Q either way. Thankfully they enjoyed the show we put on and received LSD, MENTAL ASYLUM, NEIN WERK, VIDEO PARTY, BAT GOOCH, POO ON MY SHOE, BURN IN HELL, IMAGINE, 4Q BLUES. 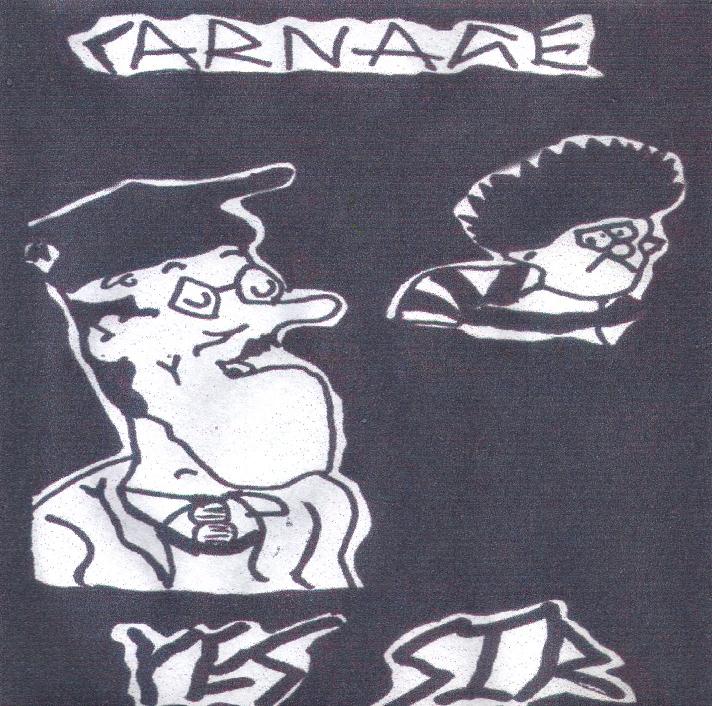