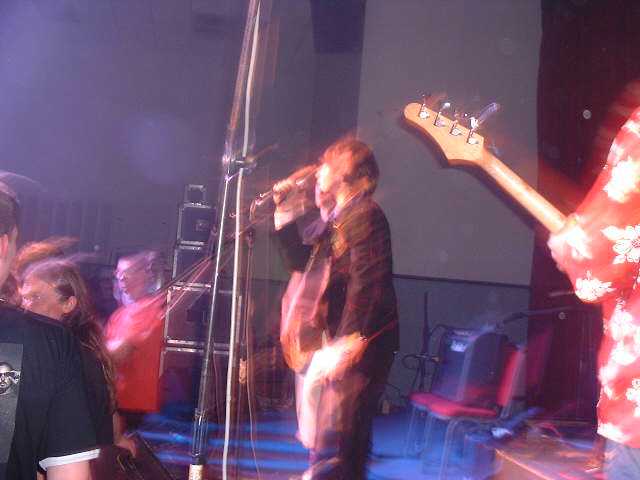 MASE is music’s equivalent of a soccer team’s Youth Academy. They’ll sign on hundreds of kids but only the best will come through. In 50 years time the majority of these performers at these monthly events will bounce their grandchildren on their knee, give them a Websters Toffee Cream & tell ‘em of the time they played in a punk rock band in front of 300 people. Some may even go further & release a CD, hey even my Dad got signed in Sixties (check the Executioners on the site), but for most the time is now & it is here. Take Polythene for example, you’ve probably never heard of them & probably never will again, but who cares, for just one moment they caught me. It was during their cover of that Hives single, for that brief moment in time, they had it, they grasped the stinging nettle, it was today, the ‘now’ & this is what you wanted & this is what you got. It may well be their 15 minutes of fame, & if it was, I hope they enjoyed it; I certainly did.
END_OF_DOCUMENT_TOKEN_TO_BE_REPLACED 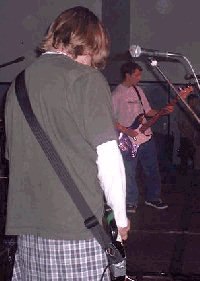 Tonight it was Andy Fatman’s turn as I one by one introduce the Crud Crew to the admirable world of MASE, the organisation behind keeping 500 teenagers off the streets of Llandudno once a month. My first feeling was of being gutted having learnt that we had missed Plutonic & particularly Flea Cirkus who I really enjoyed at the Breeding Ground a few months ago. My second feeling was of total shock of being the only living person to have ever witnessed Fatman order a coke & lemonade at the bar, admittedly this was an alcohol free joint, which means the kids down bottles of Thunderbird wine before getting here. I also had the added bonus of being frisked by a  bouncer on the way in (she had strong hands).
END_OF_DOCUMENT_TOKEN_TO_BE_REPLACED