Underpass – break beats Cardiff outfit formed 1999 (originally known as Mainline, until 2003), feat. Lee Mainline (prog,keys) (now of Transposer) with D.J. Parker (turntables) (1999-2001) and occasionally feat. Al Nameless (voc) and MC Catsup (voc). Remix of Nameless‘ Drinking Hell Dry. Has played to hundreds of people at opening of One Live in Cardiff, Parker was often seen to answer mobile phone on stage. Constantly amazes and bemuses people by not having any guitars at all. Good buddies of Cardiff rock lunatics Nameless, and will always be found down the front leading the dancing. Mainline has also featured twice as “ones to watch” on Session in Wales website. As well as playing with local reprobates such as Rocket Goldstar, Nameless, Transposer, Headtest has supported Mercury Rev side project Hopewell and Steve Hellier from Death in Vegas. Rel, Glitch ep, Transmission ep, and a forthcoming (May ’03) mini-album “Hz” on Mortified Records (website)

The Urge – Swansea punk band (formed Dec78), Swansea Punk website states, ”They started practicing Stranglers, Rods and Beatles numbers, mixed in with a few of their own self-penned songs, such as “Swansea Mafia” and “Fun in Stalingrad” and playing their first gig at the Langrove in Gower a few months later (albeit with three different drummers while gagsy was at the bar!). Other gigs followed, including the SSA bar and Hendrefoilan Student Village (which was marred by fighting and resulted in a heavy-handed visit by the local constabulary).’ Soon changed their name to Dodos

USB – A one man band from Sth Wales. Toby is USB, he writes, and records all his own material, which is not exactly cutting edge, but has enough to interest the casual listener. He has put out a demo CD-R and gigged a few times on the Barfly circuit. 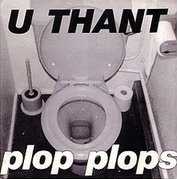