Laverne – alt band based in Newport and S.Wales. Formed in late 1997 by Adam Harvey (voc/gtr), Daniel Corfield (gtr) and Joseph Giuletti (bass), while they were attending the same high school in Newport. The line up was completed by Adam’s cousin Richie Haines (drms) (website)

Cate Le Bon – singer/songwriter from Penboyr (b.04.03.83), now lives in Los Angeles with H.Hawkline. Real name Cate Timothy. Began working as a vocalist, session musician for Gruff Rhys, Richard James, Neon Neon, Matt Davies (Funeral For A Friend) 2005-2008 before rising to prominence as an artist in her own right. Debut single No One Can Drag Me Down (2007) followed by Edrych yn Llygaid Ceffyl Benthyg (on Peski 2008). Three albums so far, ‘Me Oh My’ (on Irony Bored 2009), ‘Cyrk’ (on The Control Group 2012) and ‘Mug Museum’ (on Turnstile 2013). Also has project Drinks with SF based Tim Presley (of White Fence), they rel LP ‘Hermits On Holiday’ (Nov15) (website)

Leisure – fanzine by Matt of Cardiff, early 90s, incl items like ‘The Piss Manifesto’ & ‘Why Girls Have To Sit Down.’ More info req’d.

Le Mons – studio in Newport where many of the Adam Walton sessions are recorded.

Living Legends – punk band fronted by Swansea anarchist activist and Class War founder Ian Bone – once described by the News of the World as ‘the most dangerous man in Britain’. Played with Crass in Swansea and rel debut single ‘The Pope is a Dope’ (Upright recs 1982). Gigs were always chaotic with Ian Bone being arrested after one particularly memorable gig at Abergavenny Town Hall in 1983. By this time the band was Cardiff based. A 2nd single ‘Better Dead Than Wed’ followed in 1985 and surprisingly topped the UK Indie charts for 3 weeks.The band continues to this day though now Bristol based. A ‘Greatest Hits’ tape was rel on BBP Recs 1996

Love Sculpture – London based band of early 70s feat; Dave Edmunds (voc.gtr), John Williams (bass) (both ex Raiders), Congo Jones (drms). The single Sabredance became surprise UK No.1 hit. Dave locked himself in Rockfield Studios with several crates of Whisky ready to plough his solo career starting with his 2nd UK No.1 I Hear You Knocking followed by 3 further high charting records in the 1980s….in his own right and as part of Rockpile.

LRF – (Low Resolution Fox) was a lo-fi pop-rock band formed at Aberystwyth Uni in 1999. Feat; Becky Newman (voc) (later Hot Puppies), Pete Adams (gtr) (later of Midlands band And What Will Be Left Of Them?), Dan Parkes (gtr), Dave Stacey (bass) and Paul Sutherland (drums). This line up recorded one demo (‘Duchess’) and played about 25 times around the mid-Wales area. When graduation occurred Sutherland was replaced briefly by Bert Wood (also later of Hot Puppies) before the band split in late 2000. 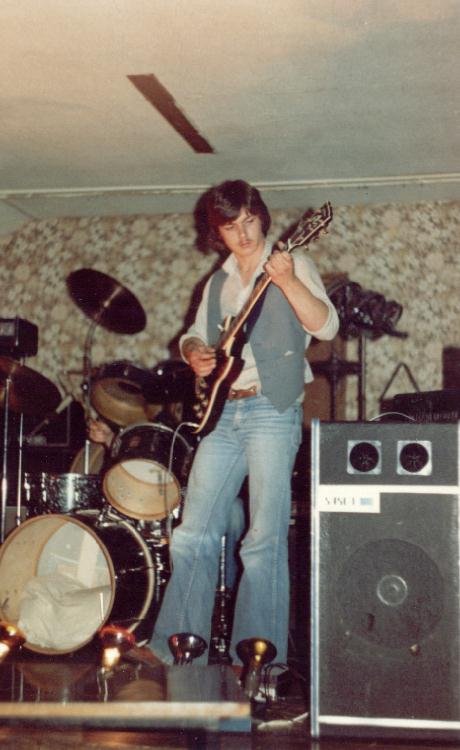 Ltd Edition – Llanelli based band formed early 1980 after the split of Llygod Ffyrnig, feat; Huw Davies & Hywel Peckham, playing jazzrock mostly instrumental but still doing Llygod Ffyrnig’s NCB as part of the live act. The end came in 81 when their lives took different paths.
Huw says; ‘The Coach house in Swansea was a pretty regular gig and was a great place to play downstairs; small and smokey one of the quotes from the Evening Post was ” technically excellent but come on boys you’re not playing in your living room now!” I think it was due to the fact we were trying to be a bit too musical and not enough show , a total turn around from Llygod. One of the most memorable (for the wrong reasons) gigs was in The Langland Bay Hotel in Mumbles when it seemed to be the wrong place for us Hywel who also did the vocals for LTD Ed midway through the set out of the blue decided to talk to the audience: “Thanks for coming tonight you’ve been the worst fucking audience we have ever played to!” To absolutely no response. I could have crawled in my amp and hid the rest of the night if I would have fitted in. The manager came up to us after the gig and said “well done boys” , we asked how he could say that we went down really bad, he said “not at all they are like that with everybody” We never went back there again. Probably the most enjoyable for me was playing Blaendyffryn Hall near Carmarthen when we got to this place it looked like an old mansion a great hall for playing in. We hadn’t advertised it ourselves and were worried no one would turn up, it turned out to be one of the best nights I ever had playing a real nice place with a great audience the bikers turned up and they too we brilliant I will never forget one of the bikers only had one leg!’