Dave Edmunds – musician from Dinas Powis (b.15.04.1944). Formed 1st band in school, 99’ers, then played in The Raiders in mid-60s before moving to London in 1966 to join The Image. He & their drummer left in ’67 to join The Human Beans, who changed their name to Love Sculpture after 1 single. He later formed Rockpile. In 1972 he reverted to a solo career & sign to Led Zep’s Swan Song label in 1976. In Feb’77 he reformed Rockpile & extensively toured the UK, USA & Europe. His most significant breakthrough came in 1979 with Girls Talk (#4 in UK, #56 in USA), & Queen of Hearts (#11). He continued to have modest chart successes both sides of the Atlantic throughout the 80s & is also noted for his production work.

The Effigies – punk band from Penarth (1982-84), feat; Mike Jones (voc,bass) (ex Chromosomes, later Oltagia), Neil Dunnit (gtr), Jason “Pipeman” Stickler (gtr) (later The Wierd, Some Weird Sin and Sewer Youth), Martin (drms). Also feat Adam (drms) and Dean Poole (drms) (ex Chromosomes, later Frommars). On 25.2.83 they had a gig supporting Flux of Pink Indians at the Ex Servicemans club in Cardiff ended up in mini riot as Flux cancelled hours before the gig. Living legend Doc Whelan (RIP) bouncered at the door – “No flux, if you dont like it then piss off”.  On 10.6.83 played a gig at the Sealion in Sully, Wales alongside the Demented Are Go (their debut gig) and Living Legends. In Mar84 supported Disorder at Howard Gardens, Cardiff. Mike says, ‘We were drinking snakebite before the gig with the Bristolians ended up in us unable to tune up or stand and half way through our first song we were attacked by skinheads and gig was over!’ The band split when, as in Mike’s own words, ‘I was more interested in shagging than recording.’ Neil moved to Reading, played guitar in Shelleys Children and Cuckooland. (website)

Electric Showers – Came from darkest Sth Wales and had one self rel cass ‘Growing A Beard’ on Yeuuuuch Recs.

Eller, James – Pontypridd session musician, has worked with Julian Cope & The The.

The End – Swansea post-punk band (c1978), feat; JJ Cloth (voc), Linzi Lino (gtr), Liz (bass) and Kym Cupcake (drms). Played early gigs at SSA bar and Townhill College. Swanseapunk.co.uk website says, ”JJ and Linzi often volunteered themselves up to be models for apprentice hairdressers at Browns hairdressers (next to the Kardomah), to practice their peroxiding and krazycolor techniques on, making them instantly noticable on any day of the week, …and art student Kym was easily the most recognisable punk around, affronting the local populace, with her ” I Eat Shit”, tee shirt or simply by having one tit hanging out of her string vest.’ Band later became Next Step

Ether – Formed in 1986 in Blackwood, Caerphilly by Rory Meredith (voc,gtr), Brett Samwy (drms), & Gareth Driscoll (bass,voc), and were immediately signed to indie label Regal who rel their 1st single Oct96 ‘He Say Yeah/When She Woke’ (REG 12) which displayed their perhaps; best described soulful indie-pop. Ether hit the media machine, when it is alleged that following a drinking session at a hotel they got into a fight with fellow guests The Chippendales (male strip / dance routine). This gained enough publicity to get them signed to Parlophone Recs who rel 4 singles beginning with ‘If You Really Want To Know’ Jun97 (R6468). An LP ‘Strange’ was rel Jul98 which failed to sell and the boys disbanded. All Ether material has long since been deleted. Ether were one of three feature bands on BBC’s three part “Family Affair”.

Dave Evans – orig vocalist with AC/DC (before Bon Scott joined in 1975). Born in Carmarthen he and parents moved to Australia when he was 5. Also played in Aussie bands In Session & Thunderstruck. (website)

Eyes Of Blue – Neath prog rock band (formed 1965). Feat; Wyndham Rees (voc), Raymond ’Taff’ Williams (gtr), Ritchie Francis (bass) and Dave Thomas (drms). They were later joined by Phil Ryan (keys) and Gary Pickford-Hopkins (voc) from the Smokestacks. John ‘Pugwash Weathers replaced Dave Thomas on drums. This line-up went on to win the Melody Maker beat contest in 1965 and rel a couple of unsuccessful singles for Deram, Up And Down (Nov66), Supermarket Full of Cans (Feb67). Then signed by Mercury recs for & rec LP’s – In Fields of Ardath, Crossroads of Time (both rel 1969) and under the name Big Sleep, Bluebell Wood. Split end of 1969, Weathers going on to play with Pete Brown’s Piblokto, Graham Bond and Gentle Giant. Pickford Hopkins played with Wild Turkey and Rick Wakeman. Francis made a solo album, Songbird and achieved great success as a freelance lyricist, providing texts for amongst others Johnny Mandel and Aphrodites Child. Ryan played with Piblokto, Man, the Neutrons and Gallagher & Lyle, he also wrote the music for several BBC drama productions. Taff Williams played with Piblokto, Ian Gomm, the Neutrons, Bonnie Tyler and currently continues to play the Welsh circuit with Pickford–Hopkins under the name Steel Water 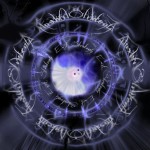