Stuart Cable – (19.05.1970 – 07.06.2010). Best known as drummer for Stereophonics and hosted his own TV chat show Cable TV, which led to his sacking from his band due to split commitments. He had earlier sang for The Nailbombs, and later drummed for Stone Gods before forming a new band Killing For Company. He sadly died after choking on his own vomit after a night out in Cardiff. (tribute)

John Cale – musician (b.1942 in Garnant), studied musicology at London’s Goldsmiths College in early 60s and relocated to New York to continue his studies. He joined minimalist ensemble The Dream Syndicate. Cale threw himself into the world of the avant garde, exploring microtonal music, and participated in an all-day marathon performance of works by Erik Satie. After meeting Lou Reed in New York, they formed The Velvet Underground. (see biog)

Candy Corpse Clothing – clothing line based in Aberterilley, run by Callum Assinder and Dean Koash of Conquer The Decade

Casino – name which The Hepburns were using in Apr97.

Celticrockmusic – website of bands, supplying bio’s and music and has a shop where you can buy releases of the
bands that are on the site. Bands featured on the site include the Bard of Ely, Naughty, Alien Sex Fiend (website)

Channel Zero – relaunch of the Mentally Penetrated By An Acid Enema cult horror b-movie zine by Gareth Tidey & Leighton Phillips. The emphasis shifted slightly – less gore and smut, more retro and cool. Channel Zero lasted for just one issue – selling out. The once thriving zine scene was about to collapse due to some new fangled internet thing (!), so all the gorehounds went into hibernation waiting for the advent of dvd, and all those pristine collectors editions of long lost classic fright flicks!

Paul Chapman – guitarist with UFO, Lone Star, Marin Jones says, ‘easily the best heavy metal player ever to come out of Cardiff. I used to watch Paul at the New Moon club – he used to do incredible versions of the Clapton Beano album stuff with a Les Paul plugged straight into a Marshall Stack – no effects or anything. Paul took over from Gary Moore in UFO – he’s that good.’

Chemical Reaction – Cardiff ska punk band formed c1996, feat; Adam (voc,gtr), Jamie (drms), Martin (bass), joined by Nick (sax) in 2000 & Jamie left (Dec00) replaced by Chris Murphy. The band, who are part of the Apes Arse Organisation along with Durkah, have a huge Cardiff following due to the number of gigs they’ve played.

Christian Fitness – solo project started in 2014 by Andrew Falkous (of Mclusky, Future Of The Left). (bandcamp)

Ciwdod – Welsh language arm of the Complete Control label run by Community Music Wales. Set up in 2004 they had by Dec08 had rel 16 singles by the likes of Stilletoes, Yr Ods, Poppies, Radio Luxembourg, Threatmantics, Plyci. All has since gone quiet (website)

Claypool – Nirvana, Fugazi and Primus influenced band from Rhondda. Formed summer 1996 by Dafydd L. Williams (voc.gtr) (ex Pincushion, now in Panel), Matthew Powell (bass)(now in Lunapins), Stefano Canale (gtr) (now in Coventry…no, he’s actually in Coventry) and Wesley Packer (now in The Sugarhouse), who was then replaced by Station in Jan98. Recorded the ‘Have a Mull’ EP Aug98. Split up Sep98.

Clique – fanzine (2004) designed to wind up anyone in the Cardiff music scene. Edited by Simon Ritalin

Recordiau Clustcwyr – label founded by Dafydd Morgan in 1974. Based in a barn in Lampeter. It gained a reputation for their punk output in the late ’70s, chic pop-rock in the ’80s, sophisticated grunge-rock in the ’90s, and in the ’00s progressive folk acts such as Llefrith and Rhonwen Stephens. Their sister label, Earwax Recs, were founded by The Science Department in Sheffield, 2001. In 2002 the two labels merged and became part of the ACNC-owned RCE Records group.  Without the guiding hands of its former owners, Dafydd Morgan and Gorwel Edwards, and with the rise of home production, Clustcwyr’s artist-base and releases dried up. A lack of financial support for the experimental Earwax would prove to be an equally fatal treatment, and RCE Records were wound down in Mar06.  The Clustcwyr barn, which remained the property of Morgan until his death in 2004, is now owned by John Craven and Helena Jones, but no details have emerged as to its future. The Science Department studios of Earwax are now sadly derelict, and the musical community it housed have been forced to disperse.  This was a small and insular label, almost to the point of incest, and irritatingly all too few records emerge on the market. (website) (discography) 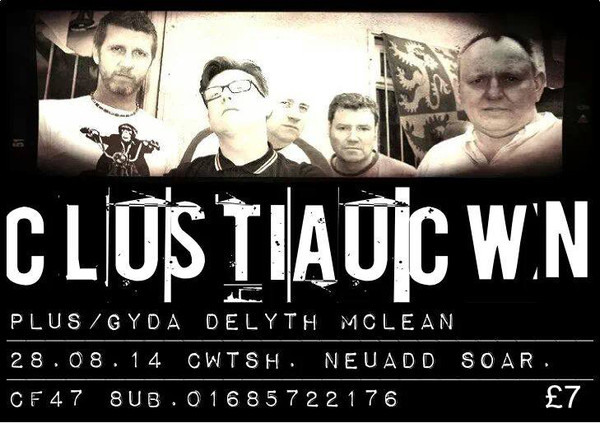 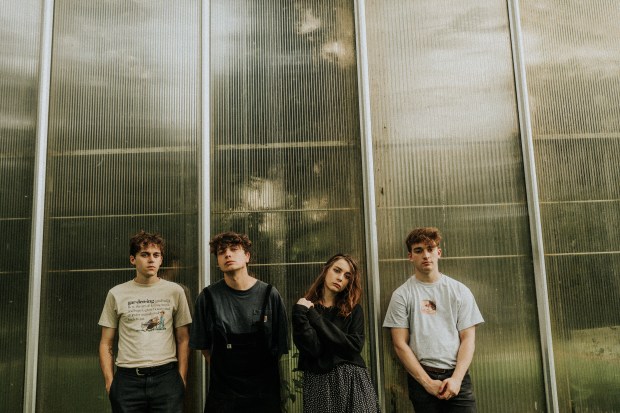 Conformist – Cardiff based Alt Electronica act, formed in 2003 and fronted by Michael Simmons. The sound is a mixture of hip hop, alt. rock, electronica, glitch, acoustic frailty, orchestral and beyond. Has had tracks featured on comp CD’s by Indie labels Eccentric Opus Recs and Colchester Recs. Has also been feat on BBC Radio 1’s Session In Wales (website)

Julian Cope – founder of Teardrop Explodes b-21.10.1958 in Bargoed, but spent his childhood in Tamworth. Went to Teachers Training College in Liverpool before joining bands. See L’pool entry of his bands for more info.

Crobar – Swansea club/venue, opened in 2004 opposite Escape and crossed swords with the club by hosting similar DJs and brand of dance music. Managed by Stephen Entwhistle, may have closed by 2009

Curfew – Port Talbot based punk fanzine, edited by Daly (c1983), ran for at least one issue

Curveside – Cardiff based band (2002) Nirvana influenced, been around a while but only just released debut single Save Yourself (on Fuzzbox recs). (website)

Cwestion Da – Welsh speaking band that flickered brightly for a couple of years at the end of the 70’s. Probably one of Wales’ first truly alternative bands the Llanelli trio took their inspiration from English acts like Gang Of Four, Wire and Magazine. Did several sessions for the BBC and Swansea Sound and rel their song ‘Ail Gwrdda’ (the first instance of ‘scratching’ in the Welsh language?) on the indie breakthrough 12″comp, ‘Popadom Vinyl Du’. Toured with the likes of Maffia Mr Huws and Y Brodyr, and played their final show at Ceffyl Pren’s hilarious Spinal Tap-influenced gig at the Cardiff St David’s Hall where the band couldn’t return for an encore due to the fact that the drummer Jonathan Gimblett threw all his sticks into the audience at the end of the gig. The line-up was concluded by Jon Tregenna (later Tan Tro Nesa) (gtr,voc), and Geraint Thomas (now an Insurance Agent) on bass. Gimblett is now a lawyer in Poland, Tregenna a writer for S4C.

Cybernoise – Penarth based fanzine that focused on the industrial/electronic music scene. Ran by its editor Graham Needham who was a mine of knowledge, and also feat pages of contact addresses. The zine was very forward thinking and by #4 had moved from the traditional format and began to appear on floppy disc in an accompanying wallet. This format was replaced with the advent of mass public internet access – the zine now being soley web based at www.cybernoise.com – If you are a fan of industrial/electronic music it is a must. Initially based at Lavernock Road, Penarth, Sth Glamorgan, CF64 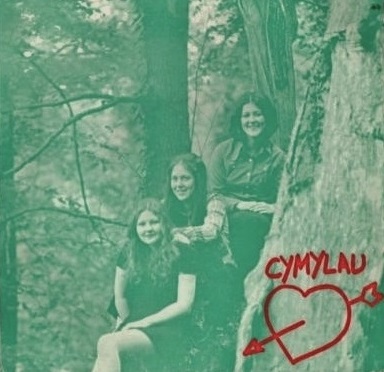