Abnormal – From Bridgend, existed for a couple of years in the mid-80s. Self-description was ‘a herbert band into football’. Only vinyl app was half of the ‘Skins & Punks Vol.4’ LP on Oi! Recs, though the band did reform in 1998. More info req’d

Active, Sprat & Lemon – Based in Newport (formed Apr81), feat; John Edward ‘Spratt’ Gimblett, Trevor David ‘Lemon’ Keyse, and Philip Brooks ‘Active’ Lively, all of whom were multi instrumentalists. Rel the wonderfully titled ‘Corporal Clot Meets Godzilla At A Bus Stop Near Croydon’ as a cassette album on their own ASL Tapes. This was followed in Dec81 by ‘The ASL Christmas Album 1981 (Avant Garde Potato) also on ASL Tapes. (Phil’s biog…) 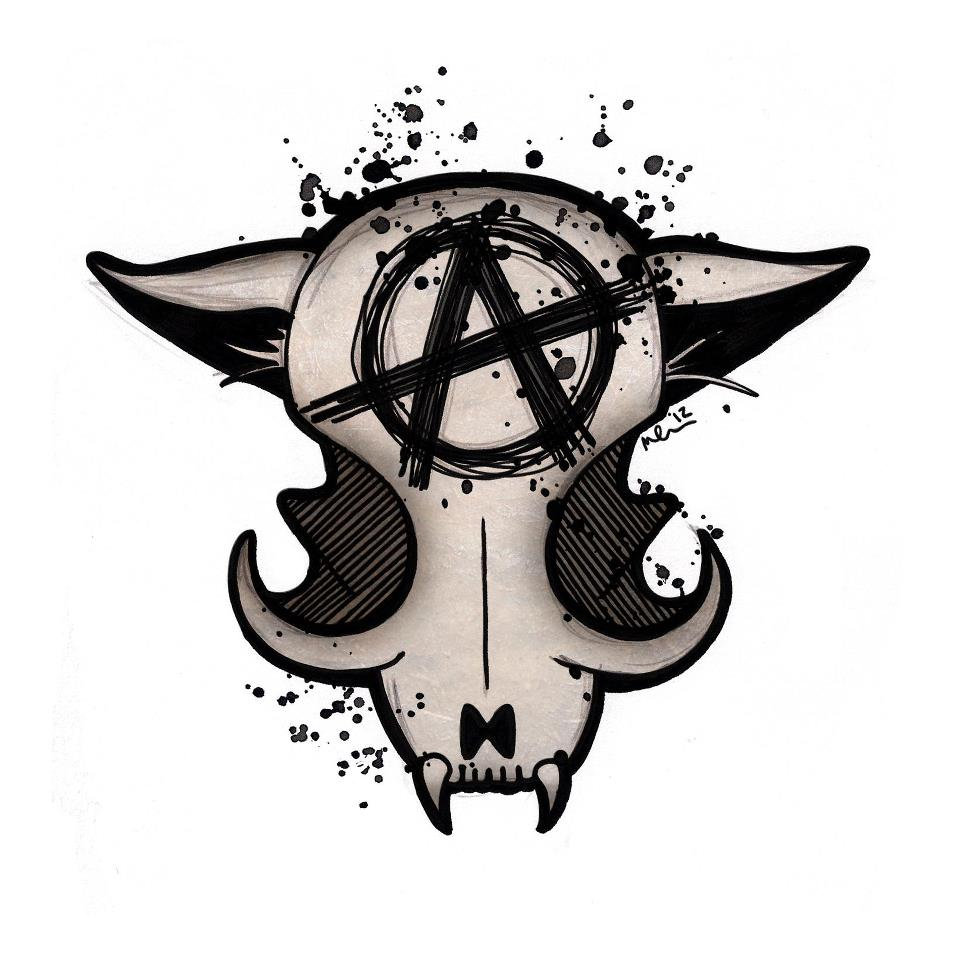 Afiach – label / fanzine / collective that Efa Supertramp was involved with when she live in Cardiff (c2013). Released 2 compilation albums (bandcamp)

Airheart – rock / AOR band based in Chepstow, feat; Tamsin Morris (voc) daughter of Bob Morris who had a recording studio somewhere in South Wales up until at least the late 80s. Gigged a lot around the area and attracted record company interest.

AlphaBeater – Series of multi-band live events staged in Swansea from Summer03, the brainchild of Russell, Toby and Mallika of Honey Rider, in their alter-ego guise of Silverback Promotions. Intended to bridge the gap between pub gigs and the main live gig circuit, each AlphaBeater features 4 or 5 bands loosely grouped by genre. 1st event staged at Subterranea, 2.8.03, feat. Elevator (last gig before split), TigerDragon, Dim Cyril, The Bennetts and (ahem) Honey Rider. Poor acoustics prompted change of venue to Railmen’s Club for 18 Sept event (a so-called “Indie night”), feat. The 9ine, Fillmore, The Caves and Jennifer’s Parents. 3rd event, planned for 30 Oct, cancelled, but soon after Mallika joined Tunetown (co-sponsors of the event from day one) and the event was relauched with an “Alternative” night on 18.01.04 at Bar 5, feat. Kingsway Cowboy, Kardomah, Euphonium and TigerDragon. The peripatetic feast continued with an “Acoustics with Attitude” night at the revamped Monkey Cafe on 8 April, feat. Boys from the Hill, Idle Rogues and Jake Lsonga. (website)

Alphane Moon – Lampeter based experiment feat; Dafydd Roberts and partner Ruth. The name comes from the Philip K Dick novel ‘Clans Of Alphane Moon’ Their first release under this guise “The Echoing Grove” (pic) was recorded during 1994 at Ciliau Aeron, Erwlon and Dolaugwyddion-uchaf in Wales, and was originally rel in 1996 on various tape labels in a total quantity not amounting to more than 100! (Don’t you just love deliberate obscurity?) Plans to release the tape as a CD foundered at the time, although an EP ”Colourful Clouds for Acoustics’ comprising several tracks from it was put out in 1996 by US label Spiffing Recs (Re-rel by Australian label Camera Obscura 2001). In addition they rel the ‘Circle Of Four’ EP on Welsh label Oggum in Oct98, orig rel (1997) 3 track single (7″) Circle Of Four on their own Spiffing label with a fold over sleeve & hand No’d 400 copies only. See also Our Glassie Azoth

Alphane Moon fanzine – Produced by the band of the same name but not as a tribute to themselves. 46 pages of indepth interviews & reviews, that ran for maybe 2 issues.

Amen Corner – Cardiff 60s band, feat; Andy Fairweather-Low (voc), Neil Jones (gtr), Dennis Byron (drms), Allan Jones and Mike Smith (both sax), Clive Taylor (bass) and Blue Weaver (keys). Had hit with Gin House Blues (’68), more hits with Bend Me, Shape Me, High In The Sky and (If Paradise Is) Half As Nice. When the Immediate label collapsed in 1969 the group splintered with the brass section forming Judas Jump and the remainder becoming Fairweather. Andy Fairweather-Low later had a patchy solo career and Blue Weaver became a sessionman for a number of acts including The Strawbs and Mott The Hoople 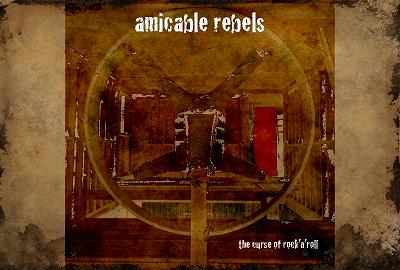 Amp – Based and formed in Wales (Nth/Sth?) around 1995 by Richard Walker (ex Secret Garden) with a French singer Karine Charff, also incl Matt Elliot (now Third Eye Foundation) and Matt Jones (of Crescent – not the L’Pool group). They were producing music a little akin to the Bristol ‘Trip Hop’ style and the Reading ‘shoegazers’ with layer upon layer of distorted guitar etc. Rel 7″ single ‘Get There/Remember’ on the Linda’s Strange Vacation label LSD 01 (Oct96), 2nd single ‘Le Petit Chat’ & LP ‘Sirenes’ on the same label LSD 02. Line up changed at the start of 1997 with the departure of Jones and Elliot. Replaced by Gareth Mitchell and Guy Cooer (Secret Garden). Signed to Kranky. Their sound became harder and certainly louder coming close to the intensity of My Bloody Valentine. Nxt rel was the Dbl LP and CD ‘Astralmonbeamprojections’ KRANK 017. Late ’97 rec in a one day session their next rel; a 87min 4 track CD ‘ Perception’ which is often considered as Amp’s finest work. Shortly after this Gareth Mitchell departed (to Philosophers Stone). The exposure generated by ‘Perception’ resulted in the release of ‘Passe-Present’; basically a round up of rarities and rare tracks. During 1998 a couple of singles were released on a variety of labels (Kranky, Ochre) before an album release ‘Senorette’ in Oct98. Following these years of activity Richard Walker worked alone and began to put out albums as A.M.P Studio – again this was on a variety of labels (Ochre, A.A.R and Fourth Dimension). Amp returned with the Apr01 release of ‘Saint Cecilia Sensemilla’ on Space Age Recordings (Orbit 27CD), this was a comp of a radio session from 1998 and a live recording from 1999. New material finally saw daylight in summer 2002 in the form of ”L’Amour Invisible’ again on Space Age Recordings (Orbit 29CD). However, the group, now just the core of Walker and Charff seem to be going through a 2nd period of inactivity.

Andrews, Steve – much acclaimed singer/songwriter & member of Taffia. Played Glastonbury 3 times & the title track from his album has been used in the Channel 5 series ‘Family Affairs’. Performed for several TV progs incl; The Slate on BBC Wales. His music has had airplay on many radio stations at home & abroad including Radio1, Radio Wales, Red Dragon FM & Radio Marabu. Steve’s fans from the Welsh scene incl Gruff Rhys of The Super Furry Animals & Derrero. Besides being a musician the multi-talented Steve Andrews is an author of a book on shamanic herbs, a published poet & freelance writer who has written for Big Issue Cymru. He has recently worked as presenter for 2 series of In Full View on BBC Choice. He is also an ordained Bard & Druid. Steve is written about in Fortean TV presenter Lionel Fanthorpe’s book The World’s Most Mysterious People, also ventures out as The Bard of Ely.

Armstrong – Newport indie-punk band, feat; Julian Pitt (gtr), David (bass) and John (gtr). Neal ‘Grifter’ Griffiths (gtr) (ex Chang, Guinea Worm) was in the line up very early on. Voted in NME’s Top Ten Unsigned Bands (’98), airplay from John Peel and Steve Lamacq. Rel 2 singles on Size 8 Recs, You Deserve To Succeed (split single with Mumbo Jet) and Dwell. Julian says, ‘I was the singer/songwriter in the band, we had a lot of attention from record labels at the time, including a call from America from Minty Fresh Records but unfortunately nothing came from it. Money became the reason why we eventually split up – we were all broke!’

Armpit Juices – Hard to believe that anyone would give themselves a moniker like this but.. Rel 2 cassette EP’s ‘The Hosepipe Method’ and ‘Now I’m A Megastar Don’t You Want My Autograph?’ Both on Baby Is Dead Recs

Aston Buti & Malew Association – Programmer/Musician/DJ team based in the underground of Llanelli (2004). Have been played on Radio 1 Sessions in Wales & Adam Walton show. (website)

Attuatori – alternative-rock band from Aberystwyth (c2006). May have since split

Aunt Fortescue’s Blues Rockers – Brought acoustic idiocy to clubs, pubs and some festivals 70s/80s. Grew out of some informal jams in a suburban house in Swansea and orig feat; Graham Larkbey (voc,gtr,hrmnca) (later Dyfatty Flats, Sleever), Roger French (gtr), Big George Naharnovich (fiddle) and John Simms (drms). Roger left after a few shows and after Magnus Pottinger depped on one gig in came Dave Douglas (later Sleever). Big George the had a crack up and left and Graham, Dave and John continued as something of an acoustic power trio. Frustrated by problems of making himself heard Dave left for a while and the next line-up was Graham, John and two multi-instrumentalists in Jack Evans and Jon Partridge. This line up cut a self financed single “Not Getting Caught Again”/”Cannards Grave” (Vole Recs).  After some doubts over playing self-pressings John Peel duly aired both sides and “Not Getting” made the Peel Festive 50. Sadly by that point Jon had been killed in an unexplained road smash outside Neath and Dave Douglas had rejoined. Jack then decided to head back to Scotland and made a career as part of Open Road and Jock Tamson’s Bairns amongst others. In 1981 Graham and John in Taunton played as a duo at Pontardawe Folk Festival with Simon Brown (voc), who without ever formally joining was there to the end and Dave Illingworth (gtr,voc) was added. Finally split in 1986 acquiring along the way a following for high energy tear-ups and a choice of material that was eclectic going on bizarre. Rel 2 tapes “Live at East Lyng” and “Live at Pontardawe” which captured something of the bar band ethos. Today Dave is still musically active both solo and with the Tony Goldsmith whilst Graham fronts East London band The Escape Committee. Simon and John just listen these days.

Autonomes – Swansea punk band (1978-82), feat; Steve Hanney (voc), Neil McDonald (voc), Greg Evans (bass), Richard Strawbridge (gtr), Andrew Griffiths (drms), Stephen Harris (bass). The Swansea punk website says, ‘Everyone was going to the second Olchfa School gig, this time in the drama hall. The Autonomes, Victim of Incest and Pay-Day were all playing ….notorious for Iva getting bleach from the toilets and throwing it over the crowd, before smashing the microphone onto the floor and then bear-hugging a teacher who was asking him to get off the stage.’

Aux – publishers of Brecon, released the 4th issue of the Humour / Terrorist magazine Hoax which again concentrates it’s mirth-inducing malevolence on a reactionary society which still, despite all the lessons taught since the 60s, still needs a good kick up the backside now & again. Also the people behind Datakill fanzine.

Avan Rijs – Carmarthen based experimental project (c2008) by this half Welsh, half Dutch folk singer (b.1992) who got bored of the folk scene so she decided to make people bounce

Axis – 12 page tabloid style South Wales wide fanzine/rock music mag billed as “A young set paper for the under-25s in Wales” published monthly between Jan69 and Mar70. Edited by Peter Phillips, then head booker of the Swansea based agent Verney John Lee (JV Entertainments) and printed by the Llanelli Mercury Newspaper Group it had a cover price of 9d (approx 3 pence in today’s terms). Between copy sales and advertising revenue the mag was really a free vehicle for the agency to advertise upcoming gigs by their own artistes…Universe, Plum Crazy, Angelique, Stone Idol, Quicksand, Liquid Umbrella, Harverson Apricot, Silence, Apple, May Fisher, Fawn Grass (who were all heavily featured in each edition) but covered this subterfuge by incl reviews and interviews with any major national acts appearing at Welsh venues. The paper folded when editor Peter Phillips moved to London, becoming principal booker for the Bay City Rollers, before returning to Llanelli 2yrs later to found the Centa Artists entertainments agency. Glancing through the gig ads one is struck by the venue entry prices……Boys 10s (50 pence) Girls 6s (30 pence)….those were the days….very non-PC….in the clothing line, a bra would set the young set Miss back 13s (65 pence) and the lads could buy a tailored hand-made bespoke three piece suit for just £13