Damm Yankee – Prestatyn noize band (1987-88) formed by Dean ‘Obscene’ Roberts (formerly of No Answer) who went on to play guitar for Hate Time & Psychosexual Sex Terrestrials. Stuart (or Dave) (bass) & Haydn (drms) who committed suicide 1998. Not really noted for their musical ability but their opening gig was worth seeing. Spelling variations have been Damn and Dam.

D&B Promotions – brainchild of Dave Hollerhead & partner in crime Bob Owen, who promoted punk gigs at the West Shore Social Club in Llandudno since April 1998, where the likes of U.K.Subs, Vibrators, Guitar Gangsters, 999, Half Man Half Biscuit, have played along with a host of local bands. The West Shore was closed in early 2001 but the concept was revived at The Old Hall in Penrhyn Bay (Feb 02), went into hiatus 2005-07, and re-emerged in Sep08 to co-promote the Dirty Weekend (website)

Dark Compass – podcast from Holyhead by Rowley since 2003, touching upon his outlook on life and playing some meaty music (website)

Darkside – Caernarfon based metal band – late 80’s – present? Orig line-up feat; Glyn (voc), Bryn Moore (gtr), Ian Cadmore (gtr), Declan Parry (bass) (later Kobe, This Thing, Army of Crows) and Andrew Gregson (drms). Rumour has it they used to open their set with the theme from Star Wars. This line-up rec one demo but they had a lot of arguments (they came to blows at one point) and split soon afterwards. Declan and Ian joined Dirge, Bryn Moore went on to play for Red and Hatework. Andrew and Glyn joined Ysoriant. Ian Cadmore resurrected the band name a couple of years later with a completely different line-up incl Iolo (drummer for DFA) and did a small tour. John Bowden (gtr) (also Kobe) – now a soundman at Bangor SU, joined the band for a bit. Ian was last seen recording under the Darkside name, but he hasn’t played live in a long time

Darvula – 5 piece hatecore/evil from the darkest corners of Anglesey, formed 2003-04. A collection of artists, shrouded in mystery and drawing inspiration and ideas from the black majik arts, lucid nightmares and Darvula herself. Stageshows include ritualistic seance’s, and the summoning of the forest witches…not for the faint hearted.

Alan Daulby – BBC Radio Wales producer involved (amongst other shows) with Adam Walton’s Musical Mystery Tour. Based in Mold and working from the BBC in Wrexham, Alan used to present a show on the now defunct BBC Radio Clwyd. Heavily into T-Rex

Dauwd – dub-ambient-dance artist from Bangor (or at least his mum is) (c2015). Had several 12″ single releases inc; Could It Be, What’s There, Heat Division, Saleh, Jupiter George. (soundcloud)

Stephen Davies – artist from Bangor area (c1983), had track Getting Up feat on local comp tape ‘Just When You Thought We Were Dead’ 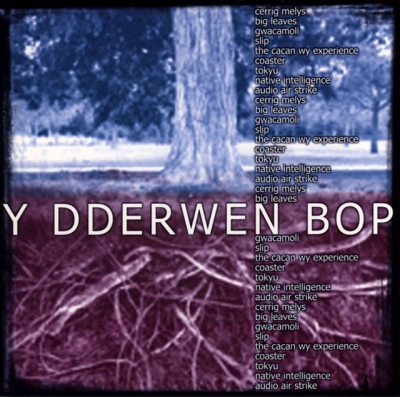 Y Dderwen Bop – compilation album released on Crai Recs (1998), feat contemporary bands of the time like Big Leaves, Cerrig Melys, Cacan Yw Experience, Tokyu, Gwacamoli amongst others (some of whom were utter rubbish)

Ddraenen, Y – student magazine but it had something for everyone. It is/was published every fortnight by the students of Bangor Uni edited by Simon Fisher (1995). Last known to released 13 issues covered many topics, bands, politics, local issues, even an interview with Prince.

Dead Sexy – (pic) label and outlet for the darker side of industrial, run by Judas and MWJ of Skinflick. Releases by Skinflick, Mantra, Finite Death etc. Ceased c2007

Deadsexys – (pic) project title used by Paul Scouse Hammond for his remix work (c2007). Many of the recordings have appeared under the PSST and DNA Project banners. Made a live app at Billys, Rhyl (summer07) with Sleeping With The Fishes as his backing band. (website) 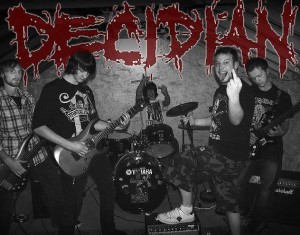 Declan Swans – Wrexham based band (2001) & pisstake merchants, named after Declan Swan (from that advert). Returned in late 2007 after a 2yr hiatus (website)

Deeside Leisure Centre – one time main circuit venue during late 70s – early 80s. Rubber mats were shipped in to cover the ice rink to allow 14,000 people to watch bands, usually getting water logged by the end of the show & punters with very cold feet. Used to be the 6th largest capacity venue in the UK & hosted the likes of The Clash, The Jam, Adam & The Ants, Judas Priest, Bob Marley & Blondie.

Def Con One – venue based at Trotters in Rhyl (1993) run as a collective business on giros by GMX Stuns. Hosted a Gathering day for fans of Mike Peters.

Denbigh Festival – organisation behind Pigstock festival & the original name before 1998. Close links with the folk scene & the band Redhill. 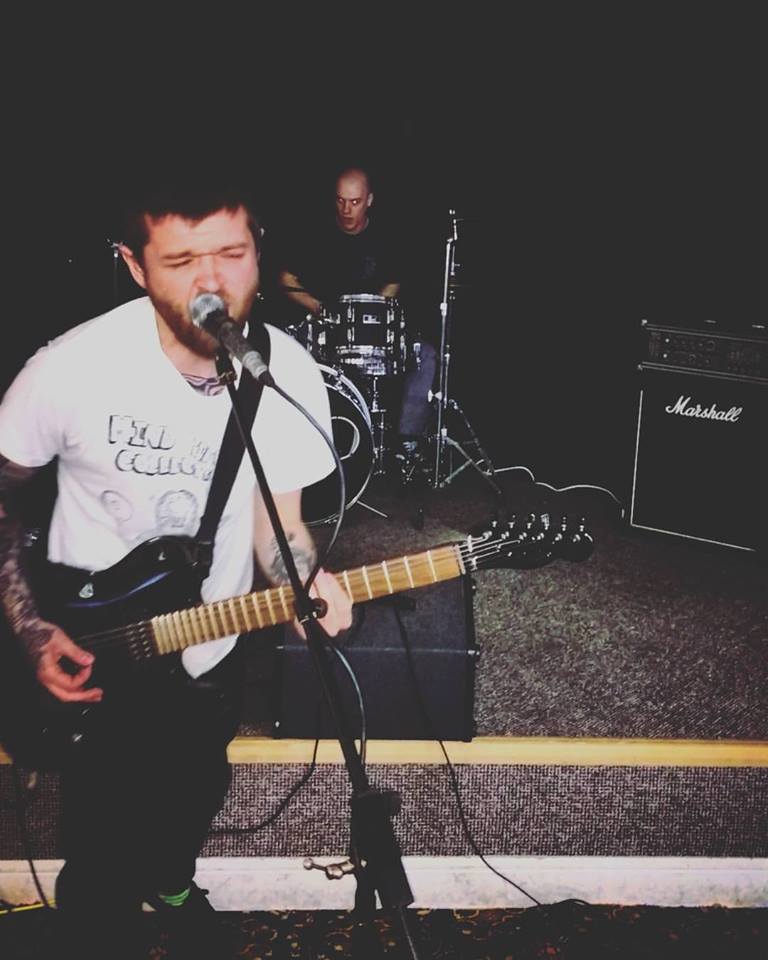 Destroy Babylon – Thrash metal band from Holyhead, feat; Spike T Smith (voc,drms), Simon Lewis (gtr,voc), Burton (bass,voc). Formerly known as Alternative Attack & used the DB name only a few times as they were banned from many places under the old name as Burton was always stealing stuff and causing fights. So changed name to Destroy Babylon and did a set of Bad Brains covers, the name comes from song by The Bad Brains on their 1st LP ‘Rock for Light’.. the band figured no one would know as they were pretty unheard of in those days especially in North Wales. Spike went on to play for Sacrilege, English Dogs and then he played for Morrissey on one of his epic tours and the Damned for a bit, was also in a band with ex-members of English Dogs, and in 2018 sessioned for Cockney Rejects. Burton roadied for The Prodigy. Gig review from 1987.

Dav Devalle – artist from Bangor area (c1983), had track Side feat on local comp tape ‘Just When You Thought We Were Dead’. Also in Ghostriders 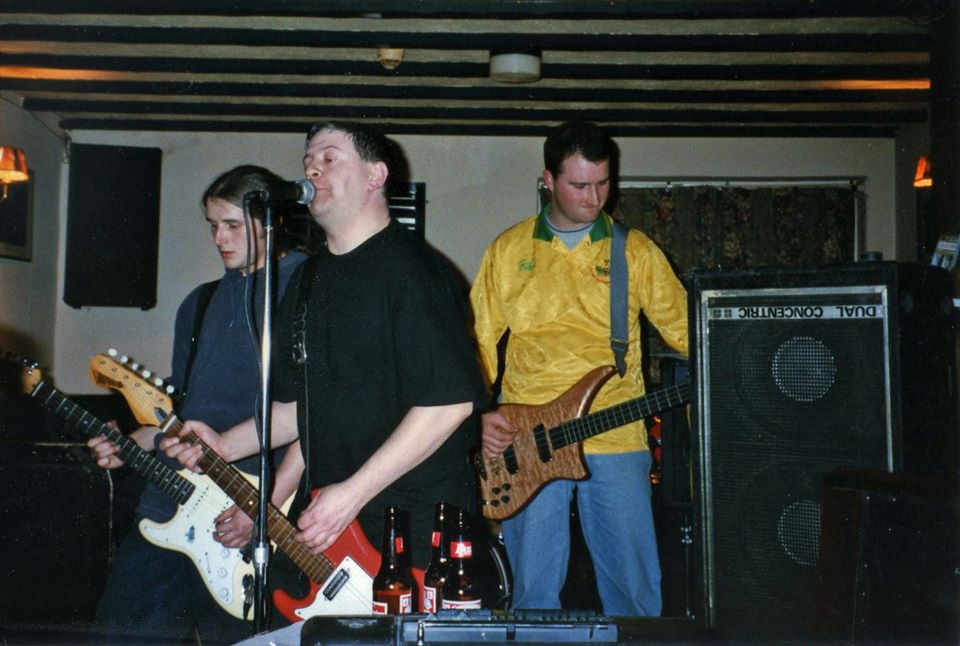 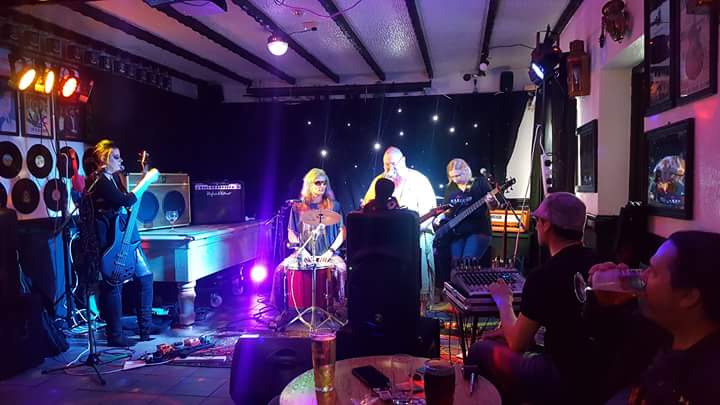 The Dirty Weekend – punk festival that originated in Rhyl in 2004 and organised by Dave Cox and his Punk In Drublic associates, with the first event at The Morville Hotel. It moved to Dudley Arms in the town from 2005-07, before heading to Hendre Hall (near Bangor) in 2008 and was headlined by Discharge and Subhumans. There was a 4-year hiatus before Elliott Capper joined forces with Dave and they relaunched the event in Wrexham in 2012-13 (where Extreme Noise Terror managed to melt the electric supply fuse box). Since then Matt at Pumpkin Records took over the reins with Elliot, but the (incorrect and gossip fueled) reputation of the bands and ‘punks’ have meant it has had to relocate several times since, and it was decided to change the name to Common Ground. Llandyffin, Forest Of Dean and Bristol have all hosted the event, with the last one being in 2017. (facebook)

Diseased Mind – fanzine from Rhyl (1990), by Steve Haldane. So offensive that even the liberal minded Kavern Records refused to stock it. Printed on a photocopier so heavy and large that it actually warped time. Anarchic commentary mixed with whimsical poetry, comic strips drawn with an undoubted warmth and a somewhat trembley appearance. Jesus Jones interview was a high point.