C90 Live Compilation – monthly live night at the Litten Tree, Colwyn Bay, run by DJ Silv and Tom Edney (now ex-Racketears) since autumn 2007. Silv explains that they ‘aim to bring an “evening of live, original music” to the streets of Colwyn Bay. We have also made it into a bilingual night as there is a huge amount of Welsh music which we are trying to expose. We’ve also been working alongside Community Music Wales who’ve helped with the night and bands.’ Possibly only ran from a few months.

Cob Records – independent record shop orig based in Porthmadog (managed by Tony Owen) where it opened in 1967 selling ex-jukebox singles and within a year set up a mail-order catalogue (and is still trading today). Also opened an outlet in Bangor (Dec79). Selling wide range of new & 2nd hand material. There used to be a saying, ‘if Cob can’t get it then no one can.’ Alan Holmes (ex Lungs, Fflaps now Ectogram) worked in the Bangor shop which was run by Owen Hughes (ex Fay Ray) who took over the lease in 1995 and ran it separately to the Porthmadog outlet. Sadly, the Bangor shop closed its doors for the final time 24.03.12. Premises were reopened as Venue Cob in Dec13 for a one-off series of gigs (reviews) (website) 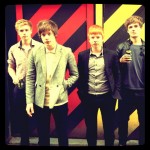 College Girl Project – (2001) collaboration between the industrial Skinflick & the ambient SpongeBrain, both of Bangor, with excellent results. LP Acid Theatre on MP3.

John Cooper-Clarke – famous Manchester punk poet, featured here as he lived in Rhyl as a child. ‘I used to live there when I was younger. I had TB and the doctors told me to go and live near the sea and the nearest place was Rhyl – I thought why not. I lived there in its heyday.’

The Core – gig promoter Dan Read’s better know name. Based in Chester, and particularly from 2012 onwards began promoting gigs in Chester and Wrexham in earnest. Noted for professional set ups and plenty of gigs, particularly in The Compass and Live Rooms (Chester), Central Station (Wrexham). Also organised Out of The Ashes festival 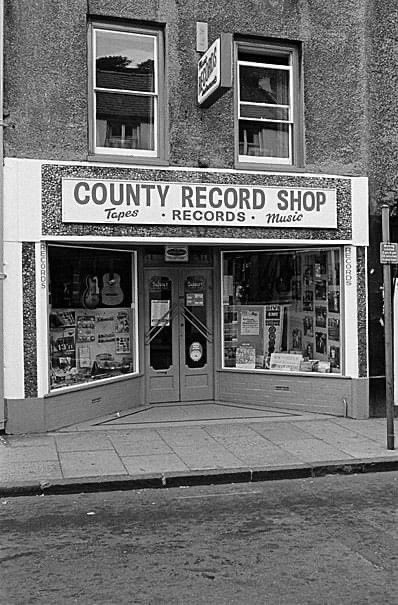 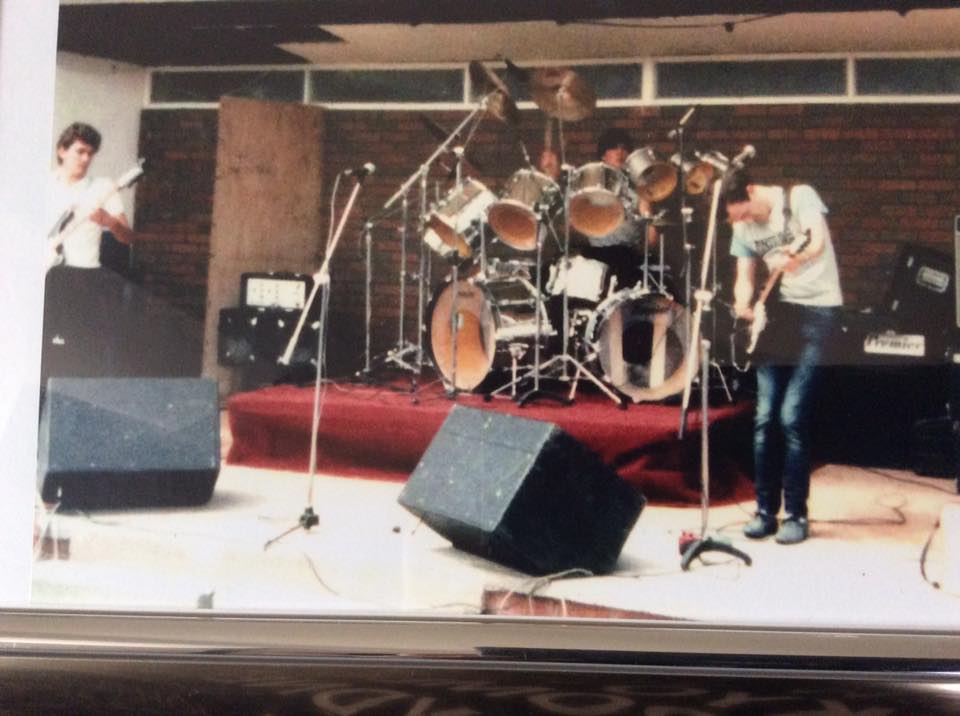 The Cover – Rhyl band (late 70s early 80s?), feat; John Wray (gtr), Tim Stone (bass), Jon Farrington (drms). Named The Cover cos they played covers, mainly of The Jam (whose sartorial elegance they also copied) & The Who. They supported Mercenary Skank and also played after the the Radio 1 Roadshow outside Gaiety Theatre, Rhyl (16.07.84) (pic above)

Crai Records – Welsh language record label based in Caernarfon, a subsidiary of the more folk-oriented Sain Records. Began life in 1989, & its roster included the back catalogues of original Welsh punks Anhrefn, folk-roots band Bob Delyn, hard-edged Catatonia, ex-Alarm vocalist Mike Peters & reggae band One Style, who, though based in London, apparently have a strong affinity with Wales. Ex-Anhrefn bassist Rhys Mwyn took on a leading role with the label during the 2000s.

Crimson – Mold based alternative rock-indy-born-again Christian band. The reason for, & the driving force behind, the band is not just having fun & making good music. Crimson is all about telling young people that there is life, rich, deep life, & eternal life in Jesus Christ. That anyone who turns to Him will find forgiveness for what they’ve done, & will find God. You can visit their website, or call at your local church.

Crocodile Records – specialist independent record stall at Rhyl’s Queens Market Hall (1985-88), supplying the latest major & indie releases. Russ Taylor then had an outlet in Mold, which closed down a few years ago. Later had a stall in Manchester Uni Students Union, he was also to be found selling his wares at Scooter Rallies around the country & also had a stall every year at Reading Festival. Russ spent the last ten years of his life at Vinyl Revival in Manchester – sadly died Sep19.

Crosbi – Wrexham band (of mid-2000s) (relocated to L’pool & Manc), feat; Andy Jones, (his brother) Steve Jones, James Edwards and Steven Goundrey, play melodic rock with a verve and passion beyond their years. Release LP ‘All In’ (on Split Recs 2006) and had session on Bethan & Huw’s Radio 1 show. Andy went on to promote Focus Wales. All but Goundrey became The Roseville Band

Crud – North Wales based fanzine that broke all the rules & turned the local press into an occupied zone for 2 years. Prototype copy 1st issued in Nov86 as Crud #0. This & #1 was put together by Neil Crud, Wayne The Bastard & Edi Filmstar. Wayne assisted with #2 with Jill The Ripper, before Neil went it alone by #4. Reached a print run of 5000 thanks to Neil relocating to Leeds in summer 1988 & aquiring outlets in the city, Manchester & L’pool. The fanzine Crud reached new heights (or lows) with front page news after an article on helping people to shoplift. Then the 6th issue had an advert stating ‘Be Warm Be Wise Be An Arsonist’ which provoked a wave of fury, the Gt.Manchester Fire Chief appeared on Radio 2 condemning the zine & the story ran in the Daily Mirror. Then Crud #7 ran a joke on the then North Wales Police Superintedent, who threatened to sue the publication. Writs then followed from The Daily Express over a cartoon of Rupert The Bear growing cannabis & a BBC producer threatened libel action over his name being used as the author of obscene poetry. The final issue of Crud #8 faced the wrath of the North Wales police force & the Home Office, Neil was arrested & charged with possessing with intent to supply obscene literature (Crud) & shop owners were also arrested for selling the ‘zine. It had ran its course by the time the Home Office, police & national papers started taking an interest.

Neil Crud – former editor of Crud fanzine, former guitarist & bassist with 4Q and Psycho Sexual Sex Terrestrials (PSST), later of Sons of Selina. Began the fanzine in Nov86 & helped form 4Q in May87 both subjects are well documented elsewhere. Decided to split 4Q & end Crud fanzine in Sep90 & began concentrating on other projects, Lemon Meringue Gang, Sons of Selina, Jon Bon 10p, PSST, all of which ran concurrently. Also sang briefly for heavy rock covers band NRG in Oct-Nov87. Moved to Greece in 1991 to remove himself from the past 5 years, returned the following year & rel vinyl with both Sons of Selina & the Psychosexuals (the latter ironically, after having been ousted from the band). The Sons of Selina activity of rel 2 albums & 3 singles is again well documented elsewhere. Neil was the subject of a short retrospective look at his career on BBC Choice TV show In Full View (Nov99) & then rec 5-minute slots in a ten-part cult programme, Sleeping Dogs, of which only one was broadcast. In Jul01 he relaunched the Secrets of Sound label & produced an EP for Pocket Venus, & subsequently managed the band in 2002. In Jan04 he began a monthly slot on Adam Walton‘s BBC Radio Wales show demoing material from bands feat on this website (which ran until Nov05), he also hosted 3 entire shows covering for Adam’s holidays. Also edits this website and was part of the 1000 Words Production video team. In Jul12 he joined/formed punk band Braxton Hicks. Then again in Apr15 Spam Javelin. Began a weekly radio show on TudnoFM (21.03.16) featuring alternative music and live sessions and as of 06.12.21 began presenting a show on Louder Than War Radio. 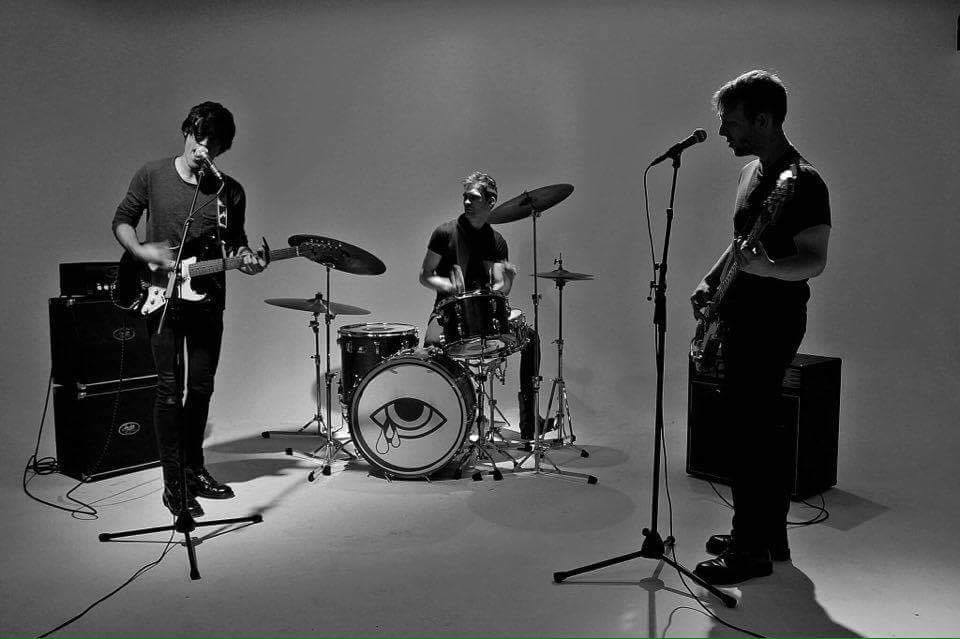 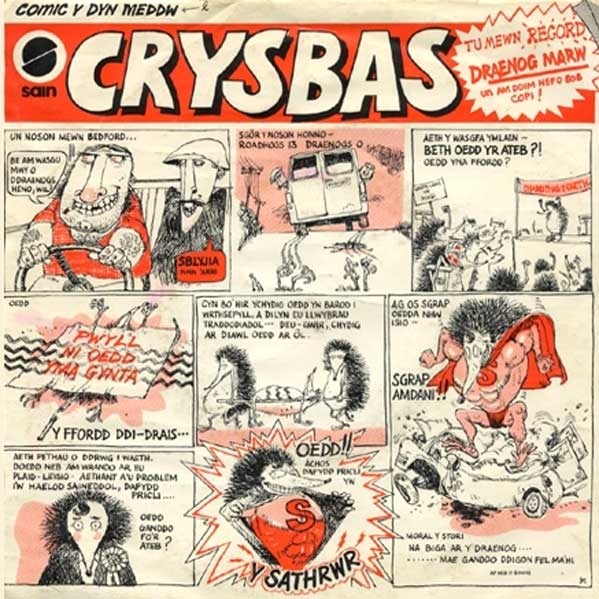 Cult Of Free Love –  offshoot project (2015) by Rhyl exile, Scott Causer of Northern Star Recs, with vinyl 10″ single Love Is All There Is (Aug15 on Deep Distance Recs, split with The Wrestler), followed by album ‘Love Revolution’ (in clear red splatter vinyl on Wrong Way Recs 05.08.16). In 2018 they rel a 5″ lathe-cut single …And The Sun Shall Rise From The East followed by a split 12″ EP with Magic Seas (2019) and an LP ‘Visions’ (on Northern Star Sep20). See also Electric Mainline. (video)

Cut The Mustard – Bethesda based outfit (pre-1992), feat; Jim ‘Spread’ Andrews, Les Morrison, Sion Jones (gtr) (ex Maffia Mr Huws, Anhrefn, Welsh Rebel Outpost), his brother, Gwyn (also from Maffia), and another Shaun referred to as “The Mad Scouse Fiddler” who still lives on his own in Bethesda. According to Jim they played “infectious music”. Jim was a native of Redditch in the Midlands came to Bethesda in his teens, he married to a local girl & is a plasterer by trade he has been nicknamed (as is the custom in this Slate Quarrying village) as “Jim Spread”. Jim is also feat as the Devil in the photograph on the sleeve of Miec Stevens’ Y Gog LP. Jim played in Stevens’ backing group in the 70’s.

Cyffro – (or Y Cyffro), feat; Malcolm Lloyd & Teri Owen (voc), Dave Roberts (gtr) (also of Last Chance UK), Derek Hughes (gtr), Huw Jones (bass), Merion Jones (drms), band reformed 2001 having been big in 70s, but as opposed to every other Welsh rock band out then they’re back doing new stuff instead of playing the old stuff they used to be popular for. 2001 rel CD ‘Dechrau o’r Diwedd’ on Recordiau Awen, then 2002 CD ‘Byw am y Weekend’ on Sain Both CD available in shops. (website), (MP3).

Cytgord– formed in 1985 by Dafydd Rhys & Gareth Siôn. Its main purpose (among others) was to set up an information & news research organisation which would give a boost to the rock scene in Wales. The company used to publish the now defunct monthly pop magazine Sothach. Cytgord still publish a weekly Welsh Music Chart, & provides information to the BBC & others.