Thomas Lang – (b.1962) solo artist from Toxteth who began his recording career in 1984 as Tom Jones and worked for British Rail and sang in the clubs. Rel EP (1000 copies pressed – early85) with David Hughes (ex OMD, Dalek I) and played debut gig at Berlin Café with John Murphy (bass). Signed to CBS (May86) and added Andrew Redhead (drms). They acted as Peter Coyle’s (ex Lotus Eaters) backing band to keep the money coming in while they recorded their own stuff. Paul Thomas (sax) and Mark Vormawah (gtr) were added. The debut LP ‘Scallywag Jazz’ (1987) was rel under the name Tom Cearns and was toured extensively (inc Japan and supp to Suzanne Vega). 2nd LP ‘Little Moscow’ (1990 CBS). 3rd LP ‘The Lost Letter Z’ (16.9.91 on their own Dry label). LP ‘Versions’ (1996 Telegraph). Murphy and Hughes colleborated a lot in early 90s on film soundtracks. Everything went a bit quiet for Lang himself by the end of 1997, but he re-emerged in 2006 to start gigging again. (website)

Larks In The Park – summer festivals held in Sefton Park. Began in 1979 and organised by Derek Murray, Terry Canning and Selwyn Hyams. Garry Gannicliffe says, ‘They did “guerilla” gigs, playing on the level with a generator in a van for the PA setups in Princes Park on 4 consecutive Sundays. It wasn’t quite right so they decided to get more people involved (Terry dropped out) which is when Martin Cooper and I were asked to help. Ann Borthwick was there in those days too but as she worked for Derek it was only in a clerical capacity. In 1981 Derek all but dropped out and Ann & I became the main artiste liaison people with the others doing more behind-the-scenes admin stuff. Derek was the BBC liaison guy too but by 1982 he was really just a figurehead.’ Just about every band on these pages from that era played there and attendances reached up to 20,000 when the weather was good. The events were free, with fundraising gigs and bucket collectors collecting for the cause, and all the bands were local. Ran until 1985.

The Laze – Wirral based 4 piece hard rock formed in 2002. Dave Perry (voc) has been quoted as “As rock musicians we feel an affinity to Vikings. We’ve got long hair, and desire for excessive hedonism.” Have recently organised a ‘rock night’ at the Zanzibar called ‘Valhalla’ .

L8 Connection – Large black soul/funk band from Toxteth – very much in the “Real Thing” mould – performed at the ‘Alternative Jubilee’ gig in 1977. Rel “What’s Happening To our Nation?” – a 12″ on Inescapable Recs. More info req’d

Lightning Seeds – Band that began as a side project by ex Big in Japan & Care member Ian Broudie. After leaving Care Ian went back into production work for bands like Icicle Works and Frazier Chorus. In 1989, though, Ian turned to writing songs. Still signed to Ghetto, he rec Cloudcuckooland and chose the name Lightning Seeds, hoping that one day this little side project would become a band. In 1989, the single Upside Down was due to be released. This was cancelled and Pure was released, making # 16 in UK charts. In the same year, Joy was released, which failed to break the top 100. Apr90, All I Want was rel. Life Of Riley was his 1st Top 30 hit but having signed to Virgin they were soon to drop him. For LPs Ian recruited Simon Rogers for co-production work, Clive Layton (keys), Terry Hall (ex Fun Boy 3)was co-writing and b.voc, as did Ian McNabb (Icicle Works). 1994 the 3rd LP ‘Jollification’ was to be toured & a live line-up was formed with Chris Sharrock (drms)(ex The La’s, World Party, Icicle Works), and Martyn Campbell (ex Rain) who was a friend of a friend. The 3 rehearsed in The Warehouse, owned by ex-Bunnymen member Les Pattison. 1st single, Lucky You as did the album. An extra guitarist Paul Hemmings (ex-The La’s) and Ali Kane (keys) joined the live lineup. New single in ’95 Change went straight in at number 13. With tours over the UK and Europe, festival appearances and the singles that followed Change (Marvellous, Perfect and a re-release of Lucky You, all with imaginative and quirky packaging), helped Jollification to clock up well over 600,000 sales quite quickly. 1996 saw the #1 hit 3 Lions On My Shirt with Baddiel & Skinner. In ’96, Angie Pollock (sung on Terry Hall’s album “Home”, worked with Shakespeare’s Sister) joined the group replacing Ali Kane. Chris Sharrock left to work with World Party on the album “Egyptology” in 1997, with Mat Priest (drms) from Dodgy. 1997 Zak Starkey (drms) took over for the Like You Do tour. By the end of 1999 Paul Hemmings had now left. New single Life’s Too Short showed a new more dance-orientated sound. The album, ‘Tilt’, features Ian collaborating with a few of his old mates (namely Terry Hall and Steven Jones from Babybird) plus some new friends to work with. Tim Simenon helped with the beats and co-produced / mixed a track called Get It Right on the new LP and a few songs were co-written by Mark Cullen of Fixed Stars. The band then took a ‘long break’.

Liverpool Scene – Anarchic ‘poetry’ band of the 60s, feat; Andy Roberts, Adrian Henri, Roger McGough, Mike Evans (later Deaf School), Percy Jones (bass), Mike Hart (gtr), Brian Dodson (drms), replaced by Pete Clarke (The Escorts), who in turn was replaced by Frank Garrett. Debut album was produced by John Peel in 1968. Had songs like The Entry of Christ into Liverpool. Toured with Led Zep in ’69 and split on stage in May70 when Henri attacked Evans with a mic stand. Evans, Henri and Garrett are all natives of Rhyl (see North Wales section – Purple Chapter, The Informers)

Luglo Slugs – late 70s punk band feat; Alix Johnson, Dave Hardbattle (drms) and Danny Hampson (all later of Modern Eon), Mal Jackson and Joey McKeckney. John Peel once described them as ‘Ugh!’. Had track Benched Down and Bottled Up on the Street To Street comp LP rec at Open Eye Studios. Changed name to Tank Time then One Two. Alex now has studio in Southport (Naboo), Danny teaches art in L’pool, Mal is a psychiatric community officer in Ormskirk.

Lumberjack Ballet – band formed by Phil Franz-Jones of Afraid of Mice after he sacked his touring band in 1983. In ’84 he worked with a new band this new name which was essentially a new Afraid of Mice. It was a basic five piece. After about three gigs, he decided to sack the whole band (although he may have continued working with the drummer).

Luminous Beings – avante garde-jazz-punk band of late 70s. Had 3 tracks on B;head comp LP ‘A Trip To The Dentist’ – Myself And My Hero, Shadows Giants, TV Can Kill. (Nov80). More info req’d 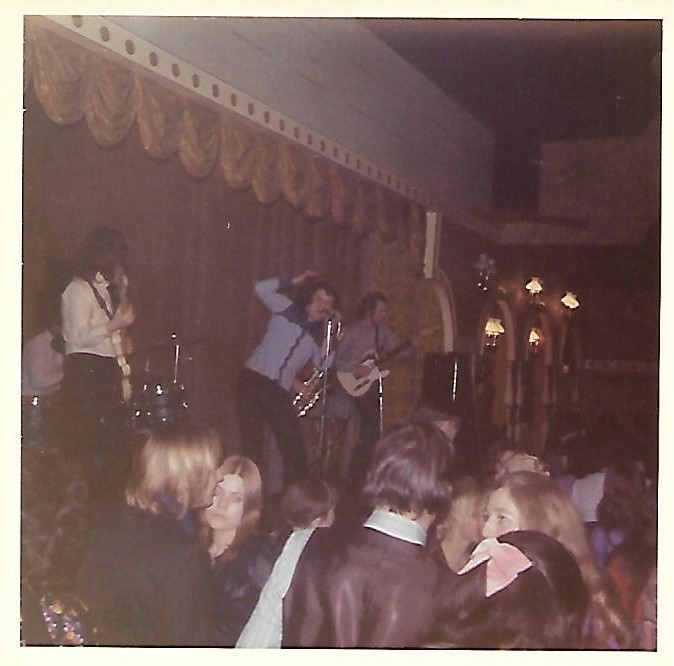 Lyle Marshall Band – L’pool/Widnes group (1971-72), feat; Roger Tinsley (voc), Nick Gryzb (gtr), Keith Jones (bass), Bob Gibson (drms), Mick Kearns (sax). They were a sort of minor “super” soul band formed from 4 ex-members of The Chris Carma Road Show plus sax player from Barney Rubbles Booze Band (both very well known in the north west). Roger and Nick got back together in 2011 and are still together in the 60s soul band Memphis Nites mostly playing gigs for the Merseycats charity.

The Lynwood Sessions – Wirral based group that I was told to look out for whilst at The Iron Door – All very mysterious, as I know nothing about them nor can I find anything…