Icelandic Trawlers – new wave post punk band (1986-88) formed by Paul O’Toole (gtr,voc), with Kev (bass), Julian (drums), played usual dives in L’pool. Heavily influenced by the likes of Stranglers and Husker Du. Came to an end with the untimely death of Paul at the end of the 80s

Icicle Works – band formed by Ian McNabb (voc,gtr) (ex Young World, City Lights), Chris Sharrock (drms) (ex Young World, Cherry Boys) & Chris Layhe (bass) (ex Eleanor). Debut single Ascending (1981), then Nirvana and Birds Fly (Whisper To A Scream) when Beggars Banquet signed them. Love Is A Wonderful Colour was their first UK hit reaching #15. In 1984 they released their first album, ‘The Icicle Works’ that hit top 30 in UK & USA. 2nd LP ‘The Small Price of a Bicycle’ did not fare so well neither did a singles LP in 1986 ‘Seven Singles Deep’ By 1988 Chris Sharrock went on to drum for The Lightning Seeds while Layhe retired from the band scene. For a time Zak Starkey (drms), Dave Green and Roy Corkhill (ex Black, Third Man, Here’s Johnny) joined for a brief period and in 1989 Ian McNabb and Roy Corkhill formed a new Icicle Works band with Dave Baldwin, Mark Revell, and Paul Burgess. The so-called “Second Generation” group moved from Beggars Banquet to Epic in 1990 & rel LP ‘Permanent Damage,. This was to be the final album for The Icicle Works although 1992 saw the release of BBC Live In Concert and The Best Of The Icicle Works was issued in 1994. 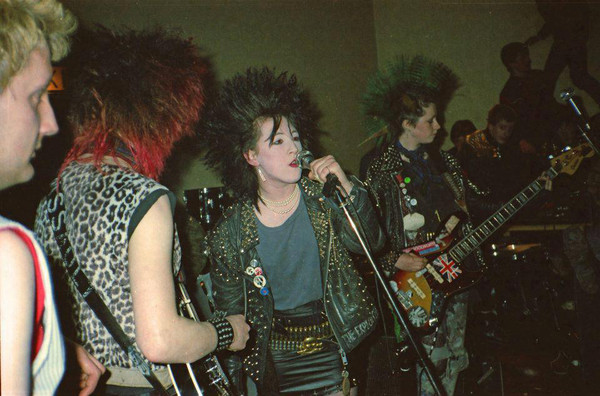 Iconoclasts – Liverpool based five piece, that have been together since 2001. Feat; John Riley (voc), Stephen Hart (gtr), his brother Anthony Hart (bass), James Taylor (gtr), and Kevin McKay (drums). Have put an immense amount of effort into regular gigging supporting national acts and headlining themselves. In late 2002 they won the Gigwise ‘Best Unsigned Band in Liverpool’ competition, which raised their profile and gained them a management deal. All the effort seems to have paid off as the release of their debut “This Way” on Keith Records is scheduled for Dec04. Not to be confused with The Iconoclasts – Wirral punk band of many moons ago. (website)

Illuminati – experimental electronica since 2000, from Dave Clarkson. From Wirral, prev bands include Away With The Mixer. Various CDr rel and also tracks on comp LPs: ‘Flat Pack Antenna’ on Resonancefm LP (2003) and Noisemakers3 on Noiseweb label (2003). LPs: ‘Searching For the New Land’ (Newsense-recs, 2003) and ‘Ocean Almanac’ (lotta-continua 2004). website

Industrial Domestic – project (1976-77) feat; Paul Simpson (later of Teardrop Explodes, Wild Swans, Care, Skyray) and Will Sergeant (later of Echo & The Bunnymen, Electrafixion). Though recordings were made, none was officially released. The project was restarted in 1999

Inevitable recs – label ran from 4 Rutland Rd & formed in 1978 by Pete Fulwell (who ran Eric’s) & Jerry Lewis (Amazon studios). 1st rel was to be Freedom Fighters by Dalek I Love You, but they signed to another label, so Inevitable wasn’t officially launched until Dec79. Had numerous Indie & Chart hits with Wah! Heat, Modern Eon, Dead Or Alive, Faction. Pete left in May81 & set up Eternal Recs leaving Jerry to continue..

Innisfree – L’pool/Irish band (1992-96), feat; Tony Prior (voc,gtr), Don Titherington (banjo), Tony Hennessey (bodhrán,voc) (ex Colin), Anne Carpen (tin whistle), Colin (keys,accrdn), Sean Prior (gtr), Liam Prior (gtr,bodhrán). Debut gig Watford Irish Centre (17.03.92). Played together twice in the St Patrick’s week of 1993 in Irish Centres in L’pool and London and for the charity ‘Rock After Work’ in the Mercury Court, Dale St. Pressure to turn pro. forced Hennessey and Carpen out because they chose to continue with their degree courses. Innisfree (Mk2) with the inclusion of Liam Prior saw them become regulars on the L’pool Irish pub circuit mid-90s. Did a live session on Radio City (1995). Split in 1996 when the Priors moved lock, stock and fiddle to Ireland. 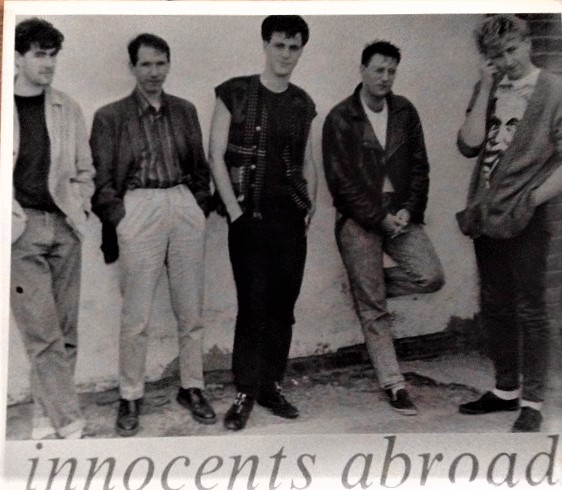 IQ32 – fanzine, by Digger (real name Graham) who moved to Liverpool to become a student this was his first zine. Light hearted it featured drawings of toy dolls it showed none of his political feelings. He was based in Judges Drive, Newsham Park and later Falkner St. First issue had a great interview with Rudimentary Peni and reviews of Social Unrest’s “Rat In A Maze” 12″ and the legendary “This Is Boston Not LA” comp LP amongst other things. The Toy Dolls drawing was on the cover and showed Olga jumping Jam-style while playing guitar. Charlie M recalls IQ32 was the ‘1st fanzine I ever bought – Digger was largely responsible for turning me onto the emergent international hardcore scene in 82/83 – great geezer! Used to do me lots of tapes which I still have AND listen to! I’d be interested to know what he’s up to these days.’

Ism – 1994 – 2002. Ism fused Techno, breakbeat, drum and bass, guitars, vocals and decks. Orig signed to Totem Recs and co promoted the excellent Totem nights at The Irish centre. Rel a white label ‘Turtle Z’ which was re-rel by I-shen in 96,  John Peel played it many times on his Radio 1 show. Rel debut LP Battered on Catagory One (on Universal Egg ’97) after extensive UK and Euro touring. Also reknowned for their remix work. Ism sadly split in 2002 leaving skid marks on the run way. They knew how to throw a party.