Damascus – band orig called Tarot feat; Dave Bridge (gtr), Bill Campion (drms in 1986) (both ex Thin End of the Wedge), Mike Booth (bass) (later Jealous Heart), Bill Downes (voc), Chris Blackburn (drms) (also Quit Bitchin’, Kamarg). Two demo sessions were rec at Amazon Studios during 1983. With the assistance of Howard Croft as manager the number of gigs played increased and a 4 track EP was produced from the Amazon tapes. Orig sold at gigs for £1.50 it now sells via specialist web sites for around £100. c1986 Mike & Bill were replaced in an attempt to make the band more marketable, and a cassette tape was produced to sell at gigs. Rel 12″ Open Your Eyes (Ryker Recs Nov84). Howard Croft went on to manage / own several rock clubs including the Tivoli in Buckley and the Krazy House in Liverpool. (website)

Dance The Girl – Wirral band, formed 1985, feat; David Chappell (voc,gtr) (ex Aix Ensemble), Gareth Edwards (keys) (ex Treason, Toxic Moth), Jules Crowe (bass) (ex Sleive Khan, Ad Lib). reco demos engineered by Alan Gill (Teardrop Explodes and Dalek, I Love You). Many demo’s were also rec at The Station House studio in New Brighton throughout the second half of the 80’s. Many trips to London based labels A&R depts were made but without a deal being secured. After moving to London, Crowe and Chappell formed the band Lemon who wrote/recorded songs and gigged around the city in the mid 1990’s. Crowe pursued a career as an animation compositor in London and also started the film & TV production music library TuneOmatic.com. Now older (much older!) and just a little wiser, Crowe and Chappell are now back (Jul05) working together on the early stages of a new album

DaVincis – guitar influenced band in the style of the Replacements, the Windbreakers formed 1984 as The Dream Play, feat; Paul McCormick (voc,gtr), Martin Smith (gtr), Chris Stevens (bass) (later Mugstar, Cicada Falls, Rattlebus), Faith Moore (drms). Changed name to The Davincis in 1985 soon after which Martin Smith was replaced by Martin Ward (ex Redo Zebri later Mugstar, Rattlebus). In 1986 Faith was replaced by Iain Bickle (ex Fire). This line-up had track ‘The Book’ on Brilliant Genius comp Ways To Wear Coats (Vulc.001), rec first John Peel session (Jan87) and rel mini-LP Eating Gifted Children. Iain married and relocated to Canada. 2nd Peel Session (Sep88) and ‘Pull’ single (on Pink Moon) were rec with Steve Ashton on drums. Mike James replaced Martin Ward on guitar for a short German tour (Nov/Dec89). Were on the same bill as Stone Roses, Happy Mondays, My Bloody Valentine amongst others. They also toured France before changing several lead guitarists, operating as a 3-piece briefly, then calling it a day due to one too many runarounds from major labels playeing their last gig in Mar90. Paul McCormick also rel a solo 12″ on Pink Moon ‘Another Day At Home’ & now lives in New York & is a member of Sumac On 08.07.02 The DaVincis (Martin W, Steve, Paul & Chris played a reunion gig at The Slaughterhouse).

Dead Class – band (formed 2006), feat; Villy (voc,gtr), Alex Jizz-Jazz (gtr) (joined 2015), Jake Billy John (bass), Tony Vermin (drms) who replaced The Ten Foot Toads in 2008. Rel LPs ‘Boo’ (2006), ‘It’ll Damn Near Kill You’ (2008), ‘Stick’ (2010). And these singles: ‘That All You Got/ Alyeah’ (2007), ‘Age of Paranoia/ Pulse and a Heartache’ (2009), ‘Lonliest Man in the World’ (2010), ‘Horrorshow’ (2015), ‘Attack’ (2015). Played 100s gigs across UK and Ireland inc lots of festivals like Rebellion and Nice n Sleazy. They completed 7 full tours of Europe taking in Germany, France, Switzerland, Austria, Czech Rep, Belgium and Holland plus a couple of one off’s at huge festivals including Frequency Festival in Austria (2008), Bunt und Laut Festival (2011) and Krach and Bach Festival (2012). In early 2012 they went to the USA and played 12 dates across the west coast including Los Angeles, Las Vegas and San Diego. They’ve supported huge bands like Nomeansno, Star Fucking Hipsters and The Pogues’. Took a break between 2013-2015. Returned in Jul15 for just 2 dates, District, Liverpool (with Elmo And The Styx, 2 Sick Monkeys and Billy Liar) and Wonkfest at the Dome in Tufnell Park, London (with Wonk Unit, Citizen Fish, Slaves, Murderburgers, etc), which led to them being offered a headline slot at Pie Race Fest in Leeds in Nov 2015. Associated bands; Vermin Suicides, Vamos, Pete Bentham and the Dinner Ladies, Sheepy, Villy Raze band, Wanweird, Superfast Girlie Show. Managed by Simon Geddes. (website)

Dead Trout – punk band (1976-80), feat; Jon Egan (later The Revolutionary Army of the Infant Jesus) and Julian Hargreaves, who were the core members, and Frank McLory (bass). Feat on the ‘Street To Street, A Liverpool Compilation’ LP with the track The Arab. Some members from Widnes and Warrington, played with The ID at Eric’s. Changed their name to Think of The Winter for a while and disbanded when some members went to Uni. Also feat Vincent McGrail (also of Revolutionary Army)

Decomposed – West Kirby/Hoylake group (c1986). Feat; Keith Goodwin (voc), Andy Kerr and Mandy Morgan (Iconoclasts, Mere Dead Men). A traditional punk group in the style of The Exploited etc. 1st gig at The Munro in Duke Street (at which Phil Newall was the photographer!), they also supported The Macc Lads at Stairways B’head. Keith was later a lodger with Doreen Allen (Erics/Planet X) and Kenny in their flat in L’pool and worked at Planet X, as well as assisting Doreen with the running of the Frankie fan club. Prev called Fight Back

Ded Byrds – orig name for Walkie Talkies who changed name on the request of Sire Recs who signed them in 1979.

DEFCON – An excellent free magazine has also been produced as a tie in with features on each of the bands playing, cartoons and features on interesting L’Pool characters, fake live reviews – Dido @ The Grafton!! Described as an Anti-Festival running throughout June/July 2004 with bands played at Hev’n & Hell each and every Friday.

Deluge – Wirral based ‘rock’ group who display there obvious influences (Nirvana, QOTSA, Led Zep etc), a 4 piece feat; Jo Barnes (gtr), Greg Colton (voc), Andy J (bass), and Jon Green (drms). Initially began in 2001 when Jon and Jo started a band (Cid) which basically did covers of Cobain numbers, at this point vocals were handled by Eric Blakemore (now of Cabletwitch) though this was a temporary set to allow them to enter a Battle Of The Bands comp. A permanent vocalist was found with the arrival of Greg Colton (previously of Crescent), the line up being completed after a poster advert in Liverpool was answered by Andy J, (previously of Bled Through) and the group began to work on their own material. They obviously enjoy The battle of The bands comps as they are currently (03/04) down to the last 4 of a L’pool comp, the prize being a trip to New York with free studio time.

A Design For Living – Ormskirk avant-garde band formed in 1977 by John Talbot, Steve Whittle, Steve Wood and Geoff Cook. Rec LP ‘7 Objects’ but was never released. Evolved through various personnel changes into The Flag, Marinebeat and finally The Paper Tribe. The musical style also changing from a raw edged “summer of punk” guitar-driven vibe to a post punk electronica. This fertile time was punctuated by support slots for various bands including Howard Devoto and Fad Gadget as well as headliners, usually in L’pool or Bristol. Steve left the band in 1980 but rejoined the Beach Bastards in 1988.

Destroyers – band of mid to late 70s, feat; Ian Barry (bass) (later of 3d A Fish in Sea, Snapshots, Sneax), Mark Barry (gtr), They played Erics more times than any other band (resident band early 77 to early 78). Ian has sinced moved to California & Mark is recording a Granada TV (Jan03) for Peter Hooton (The Farm) about the Liverpool scene in the late 70’s early 80’s.

Devoid – Wallasey band (formed 1988), feat; Loui Fellows (voc) (now of Goat Throttler), Carlo Regadas (gtr) (later Carcass), Stu Crosbie (drms), Paul Craig (bass) and Jim Dawson (gtr). Carlo and Paul lived Liverpool side but the rest were from the Wirral. Alongside Carcass and Anathema they were the only death metal bands from L’pool on offer in the day, 1st demo “Human Plague” sold nearly 500 copies (in fact, more than the LP sold!) Played quite a few decent shows with the likes of Carcass, Benediction, Cerebral Fix, Sick of It All, Harmony as One, Downfall etc. Loui left just after the LP ‘Blackened Empire’ on Skysaw recs was rel, he managed to help them find a new vocalist but unfortunately the band didnt last too much longer after that, they split when Carlo left to join Carcass. Ian Burrows (gtr) and Chris Price (bass) were orig members with Loui and Stu and they went to the same school. Unfortunately this line up didn’t last that long due to personal issues. 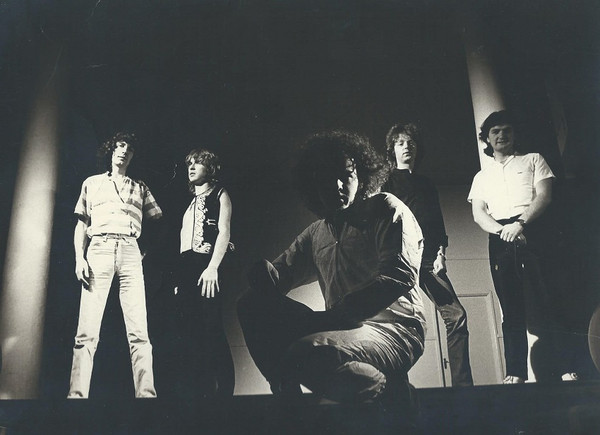 Dirtblonde – Neston based outfit who are picking up regular gigs in L’Pool and Manchester. Feat; Lula Blue and Ivan Hell with a drum machine. They make a truly wondrous racket, with gigs generally collapsing after about 20 mins. Have signed to Regular Beat Recording Company, and a split single, (other side being Acton Bell) (Oct04)

Drakes – band (formed 1991) feat; Zip Lob (James Hancox) (keys,gtr,voc) (ex Nice Party, later Moon), Drake Mallard (Russ Williams) (bass,voc) (ex Nice Party), Spicey Spicey (Stuart Williams) (gtr,voc,keys) and Grez Romance (Gary Hodgson) (drms). Rel 7″ Shady Man. James explains; ‘We used to turn up for gigs in 2 battered Austin Maxis and wore 60’s leather jackets of the most ridiculous styles and colours as we could find. Of course we were into drugs it was the time of the Mondays and the Roses. The Drakes also done some gigs supporting serious bands under the pseudonym of “the Bootleg Wankers” the first being in Storeys, Widnes and we all had these stupid wigs on, mine was a Tina Turner one and I must have looked like Pat Sharp with rabies.’

Dregs – punk fanzine from mid-90s edited by Duncan who lived off Catherine St but used his friend’s (Gary) house as a secure address. Ran for at least 5 issues & noted for intelligent & humourous content. Duncan, Gary & Mick Mada put together a punk picnic at Sefton Park before a Fugazi gig at the uni 1990. 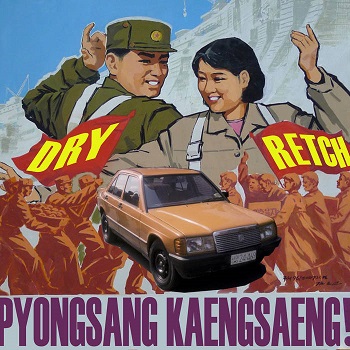 Dutch Porn Thursday – band (c2004-05), feat; Paul Robinson (voc,gtr) (ex Stun The Guards, Robbers Dog), Andy (gixxxer) Ireland (bass) and Tony Whitehead (drms). After just a hand full of promising gigs tragedy struck the band when Andy was killed in a motorcycle accident the morning after returning from an acoustic set in Snowdon. Paul says, ‘Many thanks to Patrick Rossiter of “The Post War Wage Slaves” who played bass for the bands next booking just three weeks later, our collective birthday party (all the same week) it would have been Andy’s 22nd. Paul and Tony continue to keep the faith and borrow bass players to jam with but insist that only holistics can provide a like minded bass playing soul.’

Dying Habit – Wirral based band (2004); Don’t know anything about them, but they seem to be picking up a few gigs at The Iron Door, Birkenhead