It continues their trend of issuing videos that a very much in the keeping of their outworldly songs. 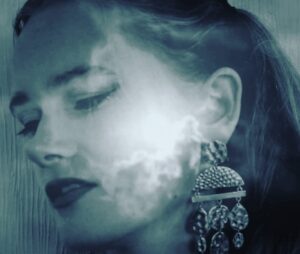 I first came across Rosa Lavenne during lockdown and made a point of checking out her live performance as soon as restrictions allowed.

She describes her songs as being “baroque gothic folk” which accurately describes her sound and as more and more reviewers start to write about her – as they surely will – there will inevitably be an over liberal use of terms such as “mesmeric”, “bewitching” and “haunting”.

Her new single  “Under The Oak” is a case in point; the song is nothing more than a simple guitar motif and a multi tracked vocal, but it immediately gets under your skin and draws you into its very core.

Lyrically it’s a song of peaceful refuge, a paean to retreating to a safe place where “nothing’s untold” amid “tales of long, long ago”, and taken at face value it can be embraced as something of warmth and comfort.

Maybe it’s the stark simplicity of the arrangement or maybe it’s Rosa’s voice which is so haunting (there’s THAT word again!!!), but there is an undertow to the song that is somehow unsettling and other worldly, almost like a ghostly presence that remains just out of reach.

It’s certainly a song that makes an excellent introduction to Rosa’s work and, given that her output is prodigious, there will be plenty of music for any new aficionado to work their way through.

Rosa has dates lined up in February at The Waterfront in Deganwy on the 3rd, Rhyl Front Room on the 4th, Rhyl Cove on the 26th and Wrexham Magic Dragon on the 27th.

Holy Gloam from Abergele have sneakily put out their first track. In And Out Of Worlds is available only on Spotify (for now) and gives you an insight into the album that is threatening very soon.
It is a solo project by ex Carpet, Wobbly Hearts, Morffe and Gintis mercenary Julian Neale. He tells link2wales that he has put a live band together and they’re close to gigging. 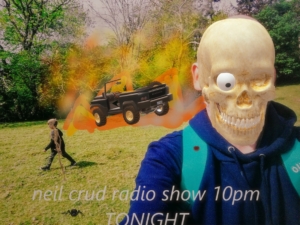 Just finished compiling my first Louder Than War radio show for 2022. It’ll be my fifth show for the station and the feedback has been very positive. Anyone who puts together a regular radio show will tell you how time consuming and how much effort goes into doing so. Sure, I could rock up at 10pm on a Monday night and play two hours of random stuff off my hard drive, and probably get away with it. But that’s not really how it’s done… No, I get sent loads of stuff – looking forward to airing forthcoming releases from Oorya and Tits Up on Monday – and it’s both a joy and endurance to trawl through it. Also there’s sessions to organise… Unfortunately I don’t have a studio for a band to broadcast live, so they have to be pre-recorded. Howl In The Typewriter recorded their recent session and sent it to me. Kieron Dyson has actually invited me to his house to record his session, which will aired this Monday (3rd Jan). Further ahead, there’ll hopefully be sessions from Oorya, Rhys Trimble (Lolfa Binc) and Why Bother?
Why indeed bother… Because I loves it I do…
See you Monday 10pm on Louder Than War Radio (listen here) 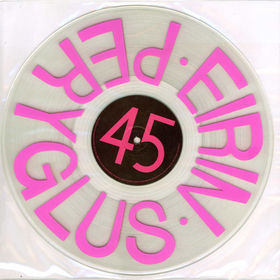 On December 3rd, Eirin Peryglus’ substantial catalogue will be available to download digitally for the first time ever through the label Ofn.

Eirin Peryglus were formed in 1986 when Robin (keyboard) met Fiona (vocalist) whilst recording with his synth-pop band Second Thoughts. When Second Thoughts dissolved, the two began working together, and Alun (guitarist – who was also a member of Chwyldro) joined to form the trio Eirin Peryglus. In August 1986 they played their first gig in the legendary event Tethau yn Ffrwydro gyda Mwynhad in Aberystwyth.

In 1987 their first single ‘Bronson/Y Dyn Newydd’, which was produced by Gorwel Owen (Fiona’s husband) appeared on the new label Ofn. This was followed by a series of incredible singles, cassettes, and EPs including ‘Dafydd yn Gwneud Teisen / Merthyr’ and ‘Y Llosg’, and, as well as the important support of TV shows such as Fideo 9 and Y Bocs, and Radio Cymru, John Peel started playing EP 12 ‘Y Llosg’ on Radio 1.

The band’s only full-length album ‘Noeth’ was released in 1992. After releasing the mini-album ‘Lleuad Mehefin’ there came a natural end to the band and Alun left to live in Kenya in 1994 for a period of twenty seven years.

Eirin Peryglus were unique. They were trailblazers as a band that combined electronic music with guitars and strong pop melodies through the Welsh language but were also trailblazers in their politics: their songs discussed topics such as animal rights and the environment, and they contributed to compilations by organizations such as Cymdeithas yr Iaith, PAWB, Artists for Animals etc. With Gorwel’s daring and creative production and the fact that all of the records were released on the influential label Recordiau Ofn, Eirin Peryglus has inspired a number of other artists, producers and labels, and the catalogue is the product of an exciting and essential era in the history of Welsh pop music. And Eirin Peryglus is pop. You only have to listen to ‘Merthyr’, ‘Y Cyfarfod’ or ‘Anial Dir’, to only name a few, to understand that.

From December 3rd onwards you will be able to enjoy these records on streaming and downloading platforms for the first time ever. The catalogue has been remastered by Donal Whelan in Hafod Studios Mastering. The early singles/EP/cassette are included on a collection called ‘Ffrwyth Cynnar’, alongside the album ‘Noeth’ and the short album ‘Lleuad Mehefin’.