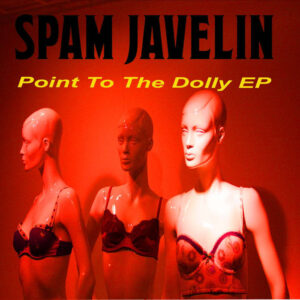 Link2wales is proud to announce the release of a new EP from Spam Javelin.
‘Point To The Dolly EP’ features six new songs from the North Wales band and the CD digipak version also includes the Fake News remixes that were digitally released early last year.

The band originally intended to put this out on 10″ vinyl, but state, ‘Because you voted for Brexit and bought Coldplay albums’ they can’t do so. Waiting times for vinyl has been well documented, so viva la CD (for now).