Hello, and welcome to my website… It’s ran for so long now (since 1999) that I do forget that some of you may not be aware of its content or history… So let me bore you….

Why bother documenting the history of the alternative music scene in North Wales? A very good question, which I hope will have been answered by the time you finish reading this and delving into my website. North Wales is a fascinating area; blessed with fantastic beaches, and plagued with rundown seaside towns. The beautiful countryside, Welsh heritage, English immigration and, more importantly to some of us; an incredible musical tradition.
We also have to ask where the North Wales boundaries lie? I started listing bands as an archive in 1996 that, within three years morphed into the link2wales.co.uk website – first it was an exclusive club – North Wales bands only, then South Wales began creeping in and eventually Liverpool.
The site has amassed information on over 3000 bands, personalities, venues, fanzines to date and is by no means complete, and you can also add the thousands of gig and record reviews, the columns and the label.

Maybe the next step is to collate all these facts and figures into some sort of order so you can read it, perhaps as it happened?

So North Wales  is realistically the coast, although we do venture inland on many an occasion to sample the delights of Wrexham, Denbigh, Blaenau, Llanrwst and so on, when the mood takes us. The definition of Alternative also needs to be considered. What makes a band alternative? Different from the mainstream I guess, but Blues isn’t mainstream, but I certainly don’t want to be writing about the plethora of blues bands North Wales had to offer! So, whatever your termination, Alternative is going to be anything punk, post-punk, thrash, hardcore, hip-hop, indie, prog, emo, screamo, grunge, metal – phew – how many genres do we need these days!? 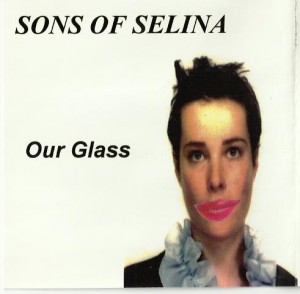 I also have to point out that I have played a large part within the scene since the mid-eighties, having launched the Crud fanzine, to promoting gigs, to playing with 4Q, Psycho Sexual Sex Terrestrials, Sons of Selina, Braxton Hicks, Welsh Rebel Outpost and Spam Javelin, to managing Pocket Venus and running a small record label, to DJ-ing at The Bistro, to presenting on Radio Wales (briefly) and TudnoFM, to producing my own online radio show, to compiling the link2wales website! This may cloud my perspective somewhat, and I apologise if my head seems up my own arse at times – but hey, it’s my website! To document a lot of the events that surrounded myself, I have sought the memories and opinions of others to try to balance perspectives a little, and the site owes a lot to the long term contributions of Mark Watson-Jones.
The timelines clash, weave, intertwine and cross to probably confusing levels, but you’ll catch my drift, hopefully. A starting point is also a good place to begin! 1976 was punk’s Year Zero, although you could reach further back, and yes most things on the site begin with the spirit of ’76, but it also gives a healthy nod of acknowledgement to those who graced our shores before this special year.

Some facts you may or may not know are that John Peel spent a lot of his youth in North Wales, Motorhead’s Lemmy first began playing in bands in Llandudno and worked at Hotpoint in Junction, Steve Strange of Visage went to school in Kinmel Bay before he faded to grey, members of The Ruts lived on a commune in Anglesey in 1975. Julian Lennon spent his childhood in Ruthin, as did Rhys Ifans. Two thirds of Super Furry Animals came from Bangor and Bethesda, oh and Dawn French was born in Holyhead… There are plenty of fascinating facts about North Wales, and link2wales is here to provide you with a whole host of intriguing, probably useless, but entertaining information on an area largely ignored by the music media.

I would first like to thank all those who helped share their alcohol hazed memories of the past, which will no doubt invoke some of your own, and I would also like to make an apology to the countless bands who are not mentioned on account that I don’t know about them. To include every detail of every band would make War And Peace seem like a Parish Bulletin. Let’s take Chwys Troed as an example; they were a punk band who formed in 1978 in Llanrug, featuring Gerald Griffith. Their career spanned the length of one rehearsal until the guitarist jumped up and put his foot through his mum’s glass coffee table. There are hundreds of Gerald’s out there and I am sorry for not yet including you, but thank you all the same for adding, however briefly to our vibrant music scene.