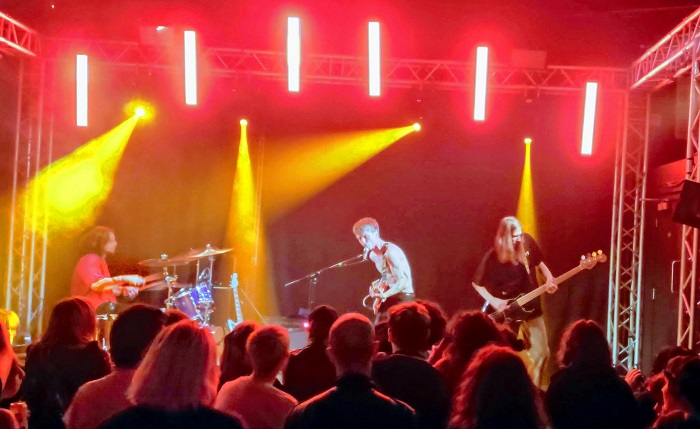 It’s staggering to think that it’s been almost 18 months since we actually endured a live band. Not seeing live music had become the norm in an abnormal world. Tentatively we edged across the tentative Welsh border into Covid-free England, where the shackle-free natives run wild and maskless.

On Seel Street sits The Arts Club Loft, and times have changed – the doormen used to say ‘If your name’s not down you’re not coming in.’  Now the tact is, ‘If you can’t prove you’ve been double jabbed then you’re not coming in.’
This is a conundrum, as the majority of freaks who’d be here would be of late teen early twenties. They’ve probably had only one jab towards the Depopulation by Forced Vaccination programme our trusted government has rolled out. Despite the Infected being turned away, the venue was still brimming. 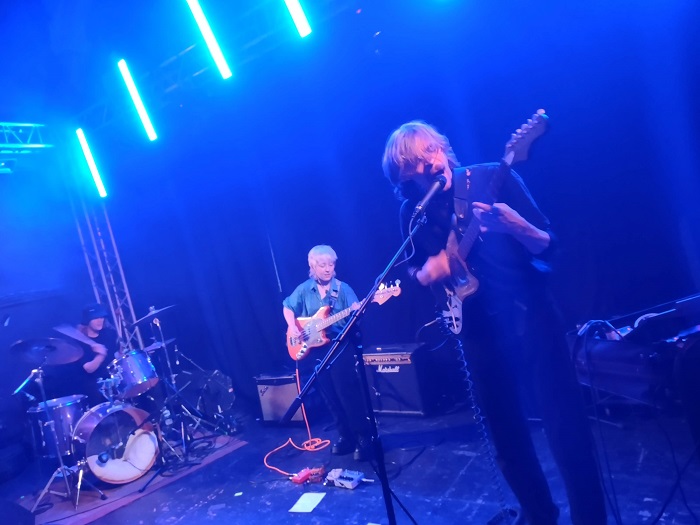 Harks are sliding into a maelstrom of blissfully sonic feedback as we enter the atmosphere. They were previously called Sallow Pillow, which is a rubbish name. Facebook says they’re aggy neo-psychedelia from Liverpool, and I won’t argue with that. Their gnarly sound with distortedly spaced out vocals typifies this burgeoning mutant garage scene that is springing up in the area. There’s no old-guard here, governed by their set-ways, just loads of kids armed with FX pedals, psychedelics, spunk and no rules. 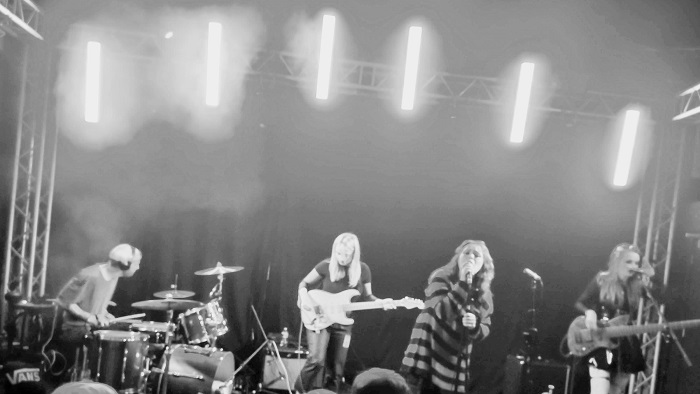 Crawlers are offset to the rest of the bill with a more traditional approach and sound to their output. Also from Liverpool and fronted by Holly Minto, they exerted confidence and a performance that warrants the attention and waves they’re making on the circuit. I saw a trumpet being lifted and thought, ‘Here we go…’ but it actually worked really well. Check out the new single Breathe. 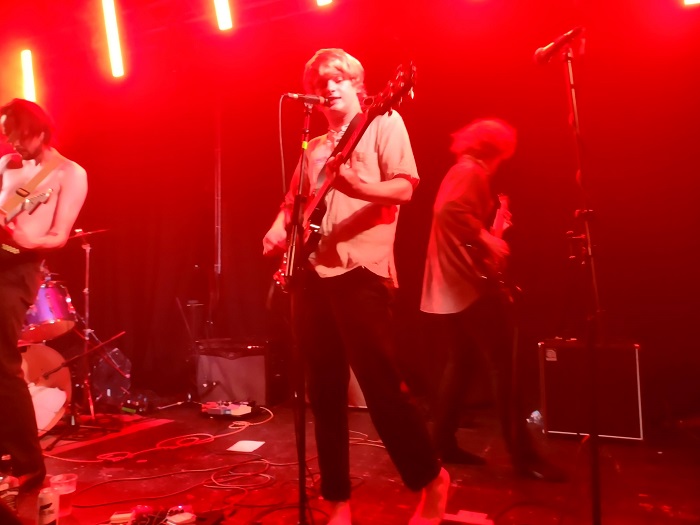 The Lotts are a Warrington ensemble I’ve seen and raved about before. Their whirlpool of louder than loud noise sucks you into a world of bright lights, happy daze and life affirmation. Make sure you seek and never destroy their output, check the new single I’ll Get Round To It. There’s nothing not to like about these people and I’d like to buy them and make them my house band. 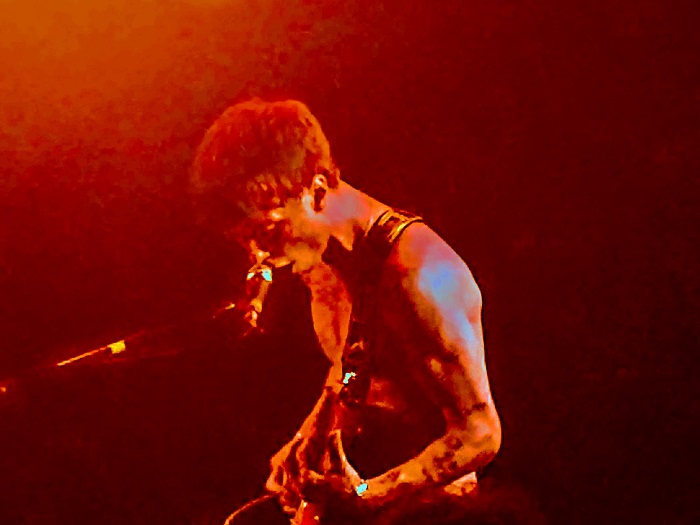 Spilt are a law unto themselves. They exist in the wormhole of a crack-pipe where Bong Crosby dreams of a white line Christmas. They are not of this earth, they are acid babies. Borne unto a world of Lethal Drizzle grooming Suicide Girls, they are tattooed in a mirror universe where ginger people don’t smell of piss and Digestives. These Runcorn rehab rejects are on a mission to soil your soul with rock ‘n’ roll – their own brand of rock ‘n’ ruin. More butthole than surfer, Spilt thicken the plot then take over the asylum. throwing women and children aside to reach their destination… They don’t know where that is, or why they’re heading that way, but they’re gonna have one helluva ride getting there.
Join them on their journey….