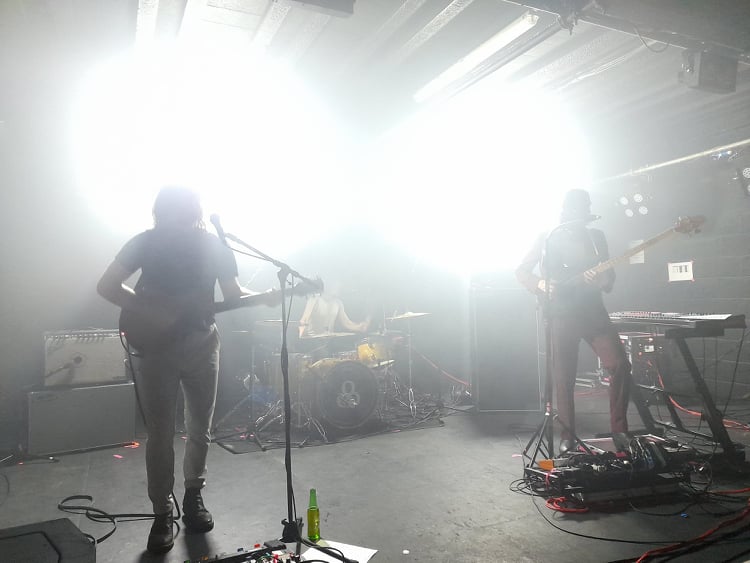 With Liverpool being a second home to both my band and my gig going self, I never knew the O2 Academy 2 existed. Being more used to the grimy underground establishments (some that disappear as quickly as they pop up), venturing into a ‘bigger’ venue in this city is like a step into the unknown. Bigger venue means bigger prices – £6 for a pint of beer brought a sigh of relief from my liver, which was still in the recovery position after CrapFest. 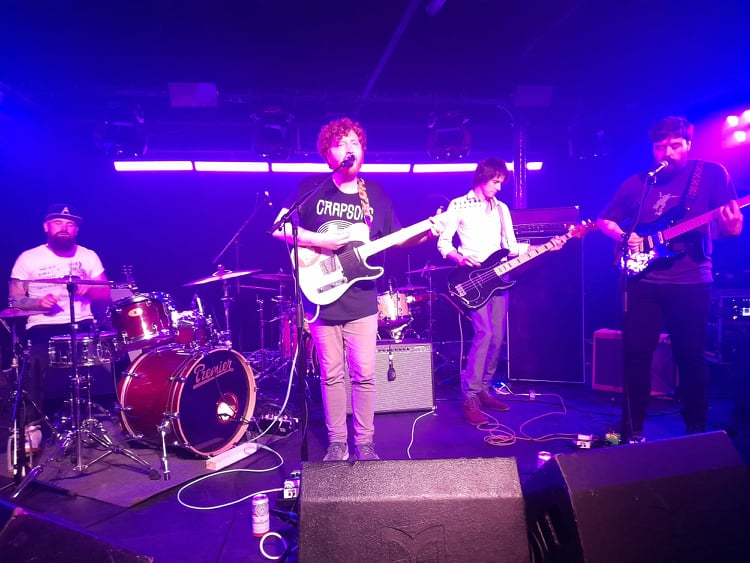 A pretty loaded and eclectic line-up kicked off really early with Cow, as people were still shuffling in, and we were greeted with a huge sound. The good thing about a four band line up is the supports can only do a half hour set – a bit like musical Tapas – and you get the best of their stuff (usually) in that half an hour. With Cow however, I’d have gleefully watched them wig out for an hour and still feel short changed. The formulae is a pensive start with an explosive end that’s usually embroiled in a swirlpool of feedback and applause. Notemakers is Cow’s contagious latest single, which is only their ‘latest’ on account of Brexit driven queues at the pressing plants in the EU. We are offered a rendition of the next single, Web’s Song, which is not about bassist Web, nor written by him. Ending with the sublime Blank Canvas and that screaming guitar solo. Those new to Cow were given a glimpse into their world of longing for better things… Sad, yes, but so hopeful too. – [pics above and below by tracey howarth] 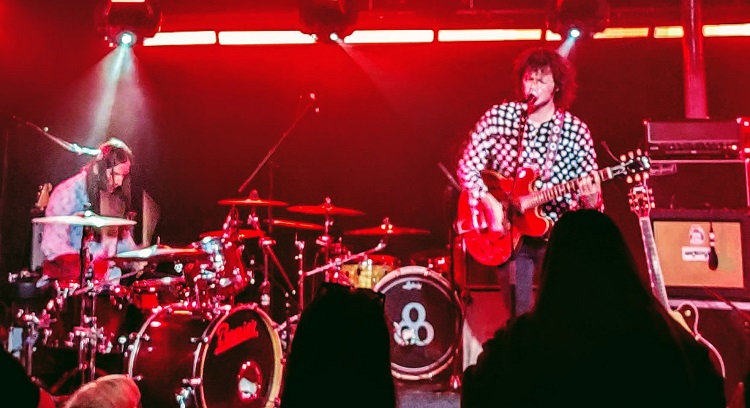 Like I said, ‘eclectic’ is certainly the order of the evening and next up are another local band, Little Triggers, a two-piece determined to make an explosive entrance, which they certainly did. Their profile biog likens them alongside the greatest bands and your need to see them live to appreciate their prowess… I felt exactly the opposite… On stage this outfit didn’t use the book of cliches, they wrote it, and tonight performed it, almost as if their lives depended on it. On record, I love their energetic Hendrix-Zep-Jack White-MC5 vibe, to the extent I’ve just gone out and bought their 2019 album ‘Loaded Gun.’ Behind the showboating is a shed load of energy, some great hooks, riffs, melodies, excellent voice and fantastic drumming (and silly cigarettes). Once seen, never forgotten, yeh man.

Next up in this sonic cocktail are Moa Moa, who are with Demob Happy for six dates on this tour. They probably won’t mind me as describing them as ‘fucking weird’ – taking bits from Islet, Hot Chip, Talking Heads and Unknown Mortal Orchestra, they are an oddment. Conventional songs are redesigned to be unconventional and at times uncomfortable, where we had to sit down and listen rather than watch (the sound was incredible). The state of mind wasn’t prepared for rock-fusion-pop that often veered into daytime 6music territory before scampering back into the sound lab to be twisted and mutated. Moa Moa deliberately go out to clash your comprehension and do it impressively. Later listening has me intrigued to hear more…

Demob Happy were a band not within my sphere before this evening. Having escaped the ravages of the North East to relocate to the musical mecca of, err… Brighton, they have done this the hard way – the proper way – through hard slog. Kyle (of Cow) saw them a few years ago in a small room in Liverpool playing to twenty people. Although not quite ready to drive their Bentleys into swimming pools, they are certainly making waves, and like the opposite of my opinion of Little Triggers, Demob Happy are better live than on record. Here, in the flesh they are raw and thunderous; on record, a little too polished a la QotSA. That thunder comes from the bass amp as it bellows through your mid-riff and leaves you short of breath. There’s a hardened T-Rex undercurrent running here, particularly in the song Mother Machine and you find yourself in an involuntary dance spasm. Backed by an animated drummer (all bands need one of these), a blank stare from an emotion free (and great) guitarist and a bassist-vocalist who looks like the bad guy in a Western, Demob Happy made it a stomping, tub-thumping conclusion to a great evening.