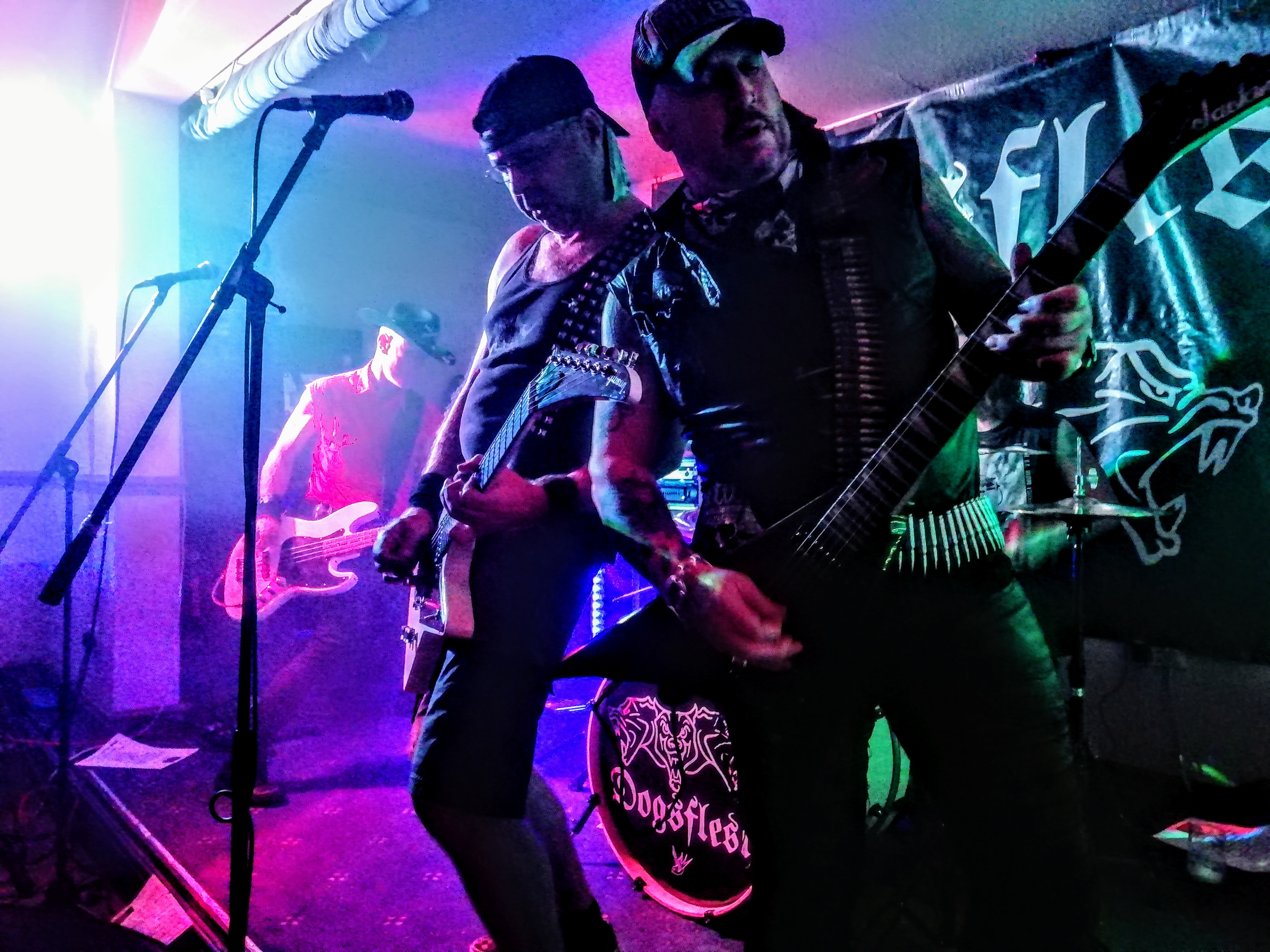 I’ve had a few requests from random Americans to join the Marine-core! Facebook group, I don’t think they are intending to visit North Wales, and this was not set up to fetish-ise some elite murder squad.  Marine-core! is rather a celebration of the fact we can sustain alternative music in the area, as we have been for a few years before settling into our accommodating venue of choice.  Sheer sparsity of numbers and disturbance of the gentrified peace is always against us, but we’ve proven that friends are still willing to gather for live original music whether they are particularly into the styles or not.

Mixed bills are attempted, but it’s always biased to my own noisier tastes because of the fact that you will rarely get to see this locally otherwise, and the belief that something different and challenging might actually be enjoyed.  With the firm basis to proceed, we can now book decent underground bands from around the UK who are also enjoying coming up to these lovely parts we call home.  Mix them with truly excellent local talent bubbling under the surface out here in the Wild West, and raise some hell.

First event of the year was announced before The Levellers popped up playing Llandudno the same night, but stick to our guns and have faith (and prayers) that people will still turn up.  These are benefit shows for local and international charities, so money  “made” has  nominal importance, what is cared about is that bands aren’t travelling long ways for a smattering of polite applause from a handful of people.  So despite understandable absenteeism, it was great to see plenty of people here to support, and always new faces suggesting things are still on the up. 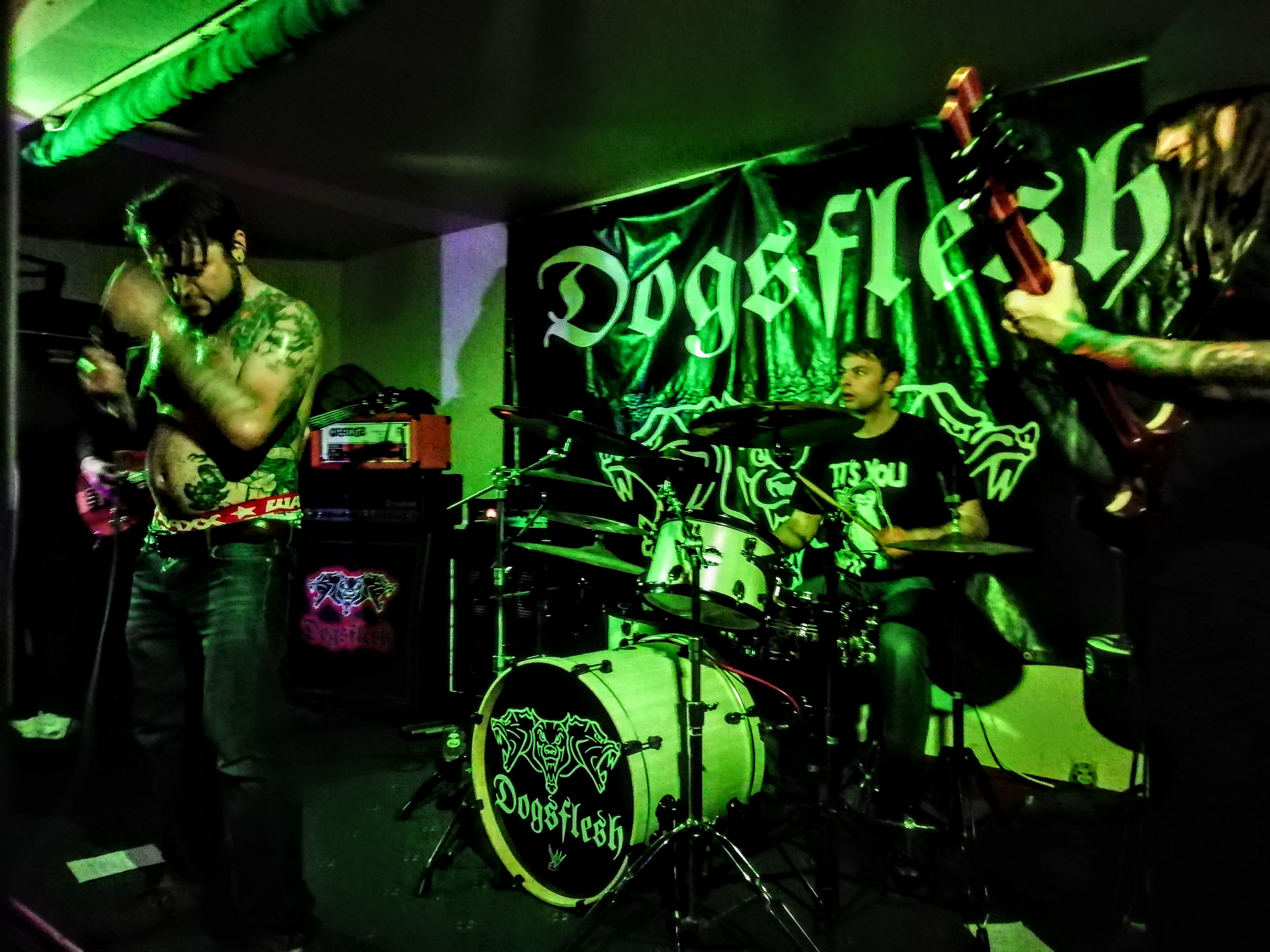 Opening the night tonight a welcome return from Entity, over from Anglesey.  Been a good few years since they wound up after being a true metal force in the area, this is the first chance for me to see them since their recent reformation.   Certainly don’t see any drop off in their impact, they have great musician skills and the sung/roared vocals are also measured in their intensity.  Great rhythms and shifts in tempo, an enjoyable return 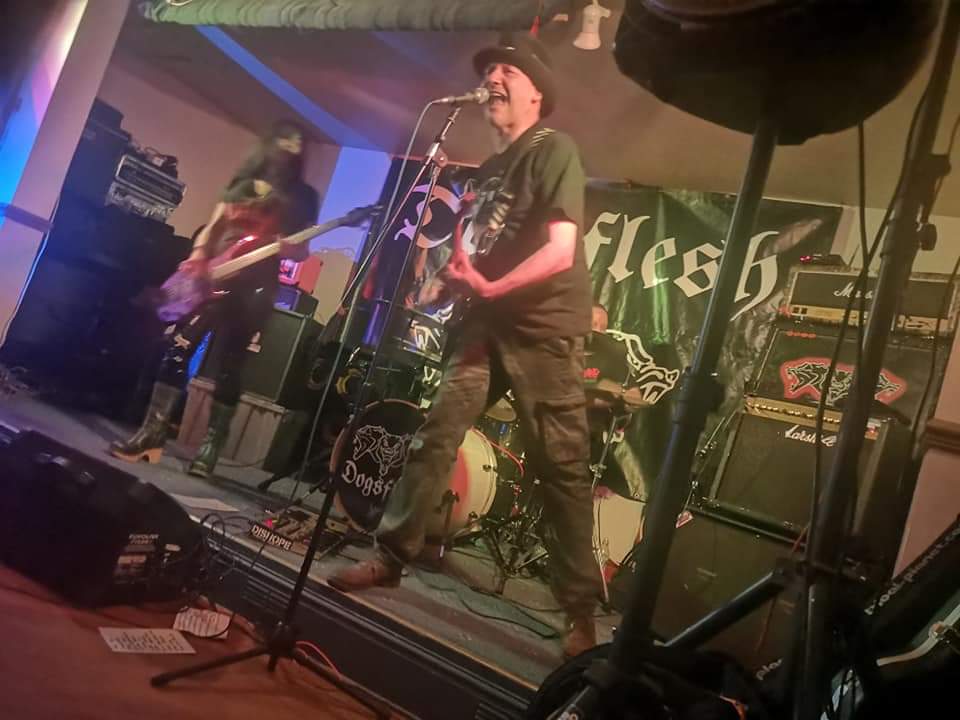 Locals Spam Javelin have probably reached the same anarchic renown as one of Neil’s predecessor bands 4Q, but ultimately it is down to constant hard work that is put in in getting themselves out and about and in people’s faces.  Aided by finally attaining the ultimately solid rhythm section to underpin his punk/psych guitar slaughter and humour filled vocal delivery they make their stripped down punk rock entertaining.  New songs aired and the prospects of more recordings to come too. 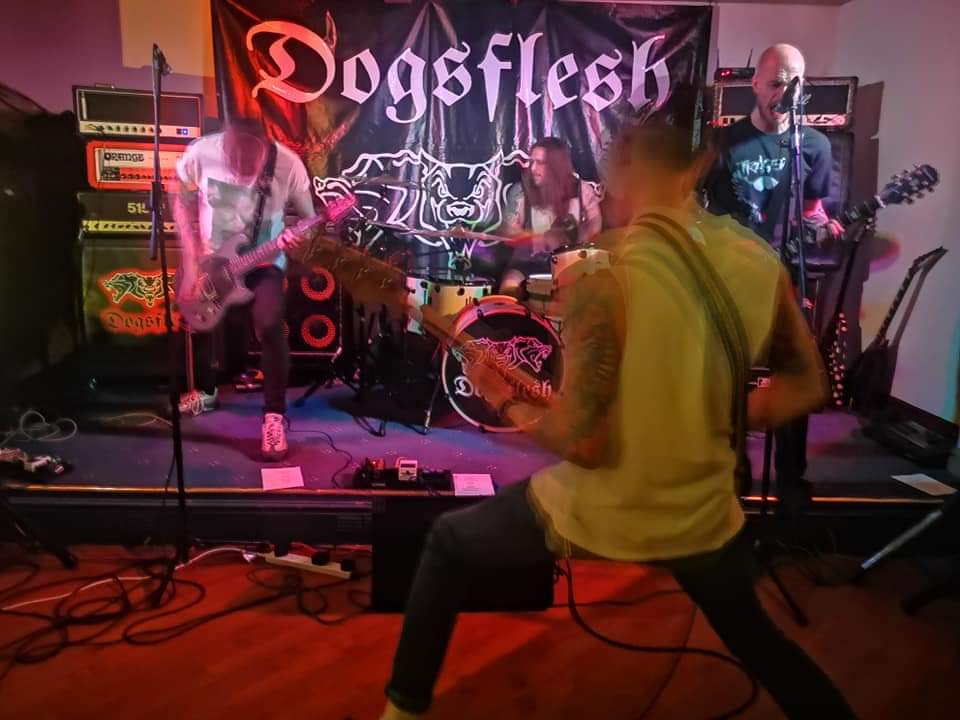 Fatalist from Manchester had blown me away when I saw them on home turf last year so it was a pleasure to bring them down to the area.  Lovely pleasant lads off stage, they release the demons on, as is often the way.  Proper ferocious, complexly structured hardcore punk, an abrasive sonic onslaught powered by their passion and conviction for delivering meaning to the madness.  Great two (and a half!) –way vocals really add to the impression of cohesive team-work in the mix of harsh riffs powering the set along. 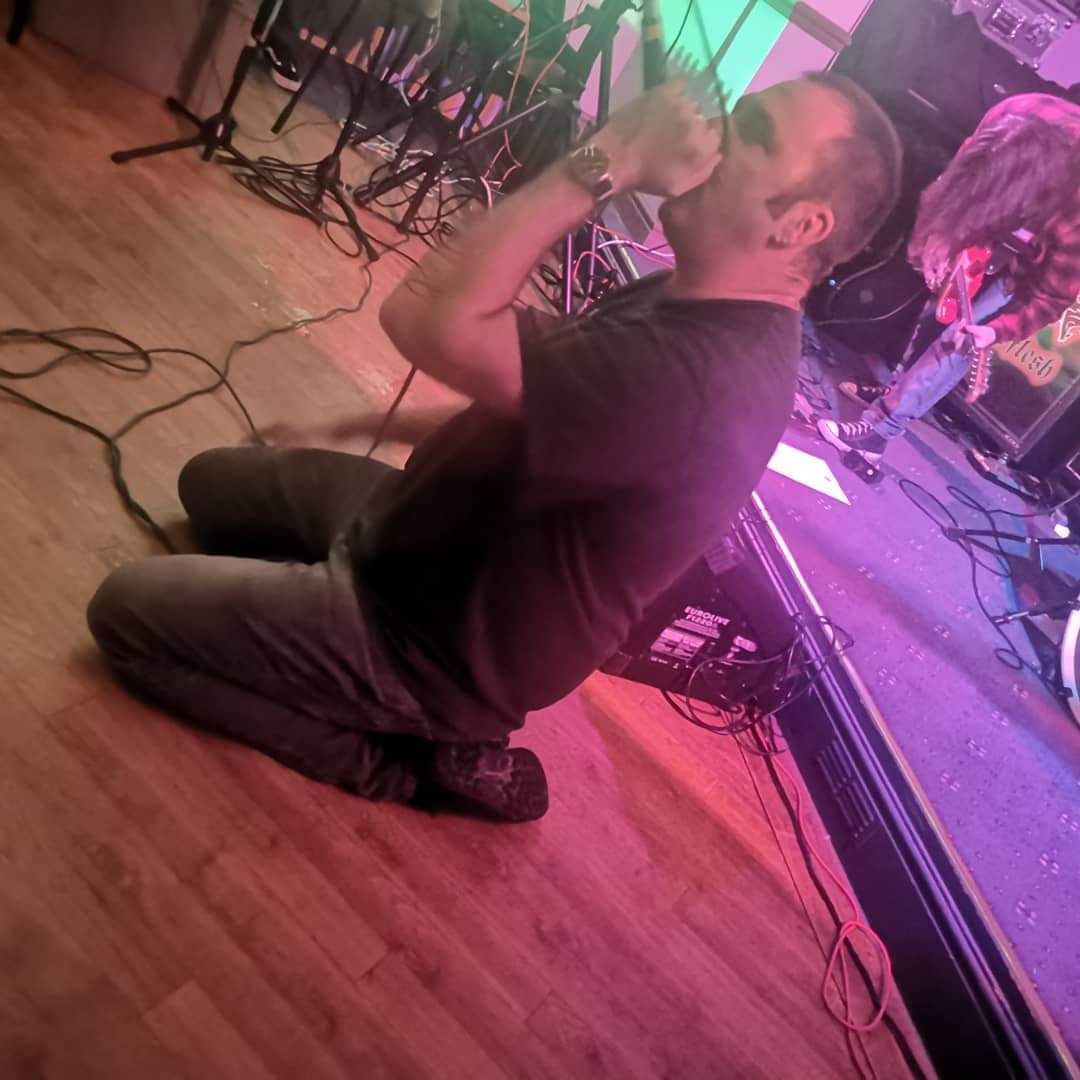 Back to the back of beyond, and the circus side show of Rabo de Toro serve up a treat.  Plenty of previous experience running through these guys, crafted into something special and pretty unique in a political punk polemic way.  Musically it’s the cabaret side of surreal jazz structures and groovy rhythms, but its’ all governed by the guvnor Charlie with his theatrical rants effortlessly blending into strong singing and catchy hooks.  Also producing more new material, as ever the inspiration is plentiful as we proceed on our current social death slide! 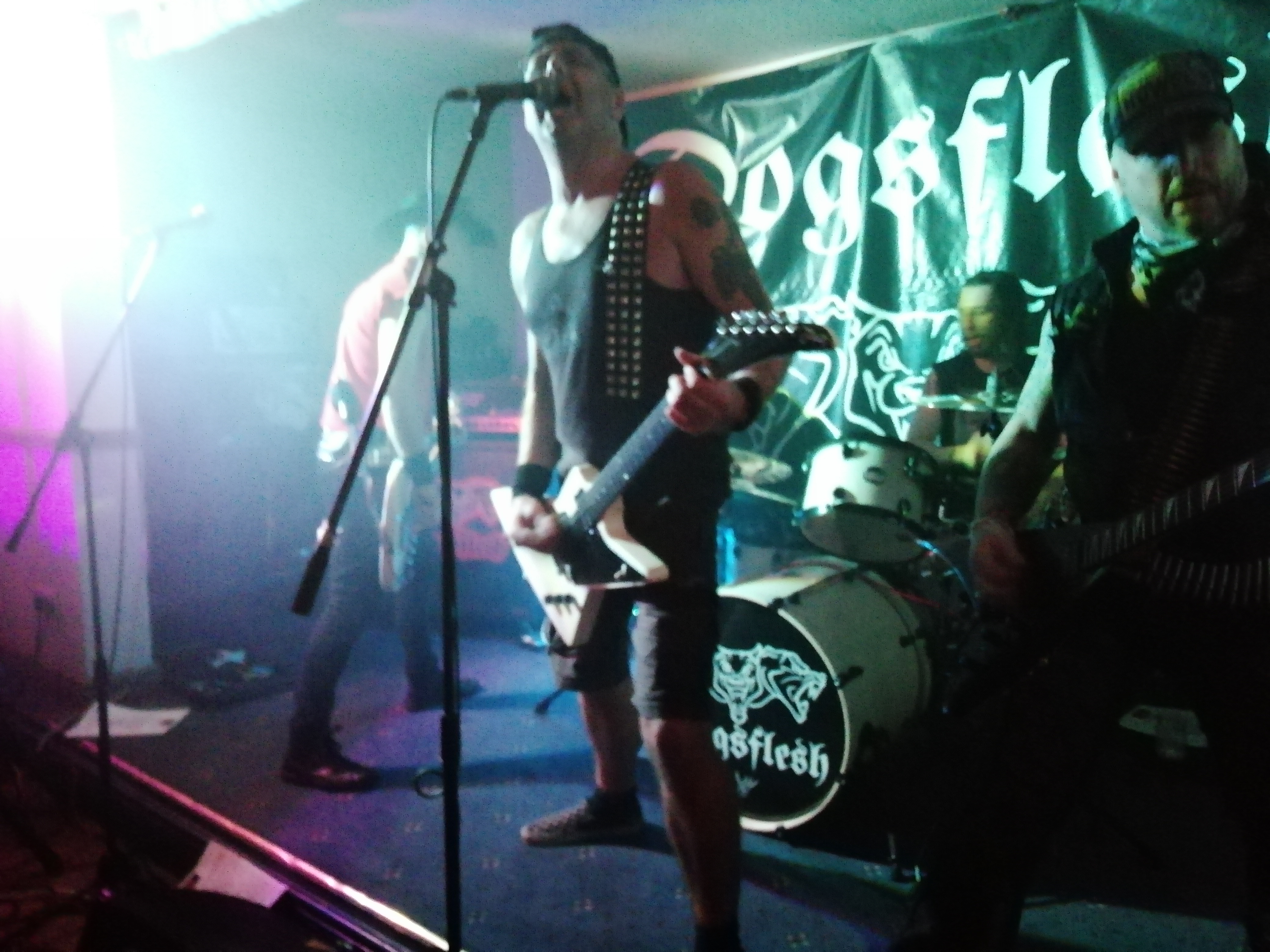 Our headliners are all the way down from Middlesbrough and the North East, Dogsflesh.  Boasting a history that extends back to the ancient 80’s, they have evolved from UK hardcore to a more thrashy metallic crossover. Member changes and decades of experience  may have improved the quality of musician and the polished delivery over the years til now, they give us an excellent sounding, solid battering set.  Not without melody at times, and Rob is an amiable frontman, they give it the same oomph that they would playing larger venues or other worldwide destinations they have visited, and that’s to be appreciated

As indeed it is and the signs are good for the future events here, generally the last Saturday of every month, but with an extra one squeezed in on Friday March 20th as Goatburner from Finland call by on their European Tour.   If they can make it to sunny North Wales maybe you can to!